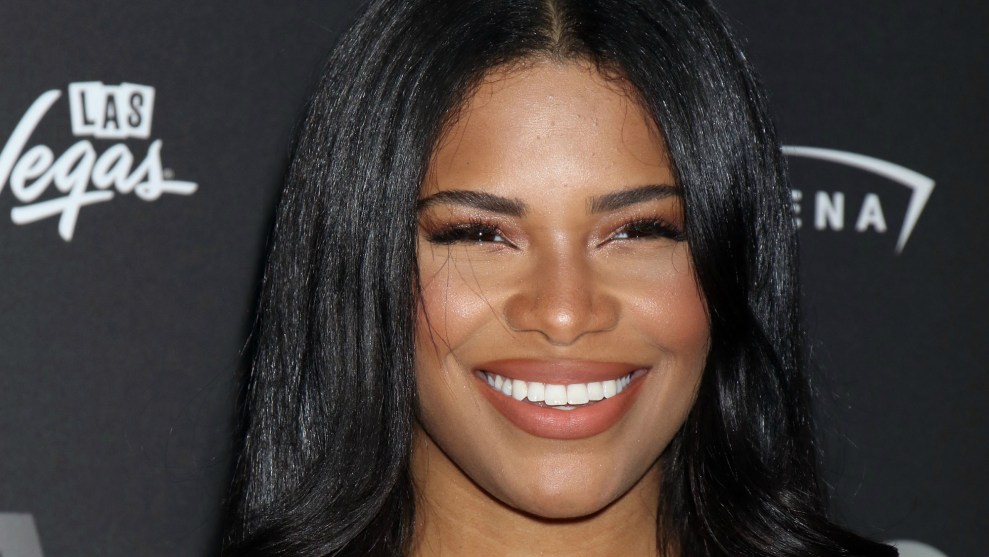 As women continue to come forward with allegations of sexual assault and misconduct by Donald Trump, news outlets have also begun reporting on his behavior at beauty pageants. On Wednesday, BuzzFeed reported that at least five women competing in the 1997 Miss Teen USA pageant recalled Trump entering a dressing room while the contestants, some of them as young as 15 years old, were changing. On Thursday, the Guardian shared a similar story from a Miss USA contestant who said that Trump “just barged right in” to the contestants’ dressing room despite being told that the women were undressed.

In a series of tweets posted Wednesday, Kamie Crawford described her first interaction with Donald Trump after winning the competition in 2010. Crawford, who was seventeen at the time and was the first black girl to win the title in nearly a decade, said that prior to meeting Trump, she was warned that “Mr. Trump doesn’t like black people,” and that if he did respond to her kindly, it would be because she was the “type of black he likes.”

The most Trump tea I’ll spill for the day is this… when I was 17, I met Mr. Trump for the first time as Miss Teen USA. As the first WOC…

To win the title in almost a decade – I was forewarned prior to meeting him that, “Mr. Trump doesn’t like black people. So don’t take it…”

“…the wrong way if he isn’t extremely welcoming towards you. If he is, then u just must be the “type” of black he likes.”

Now again… I’m 17. Raised in the suburbs of Potomac, MD. Only experienced racism personally ONCE and it was outside of my hometown. SO…

Needless to say, I was totally caught off guard&super nervous bc this is supposed to be my boss I’m meeting – &he might not like me ALREADY?

Crawford also recalled a moment when Trump turned his back on a black contestant during rehearsals for Miss Universe:

Sure enough after I was warned about him, I saw him in action&witnessed him completely snub a black contestant at Miss Universe rehearsals..

While she was practicing on stage. Literally turned his back to the stage and made a face like he was going to vomit at the sight of her.

She adds that Trump proudly showed her off after her victory, and in another tweet says that he “bragged about how ‘beautiful’ and ‘well spoken'” she was:

Luckily for me – I was the “type” of black he liked. He toted me around his buddies who were all there gawking at the Miss Universe girls..

Of course I was over the moon – my boss likes me. I can survive the next 10 months of this. (I was maybe 2 months into my reign at the time)

But in hindsight, there was nothing to be excited about. This man is running for president of a country with ALL “types” of black.

&honey, if u ain’t his “type” Idk what to tell u. But I will say this -VOTE on November 8th if u don’t wanna find out what his “type” isn’t.

Crawford’s story is not the first time that Trump has been accused of being racially insensitive towards pageant contestants. Earlier this month, Trump engaged in a highly public feud with Alicia Machado, a Latina Miss Universe winner whom Trump once referred to as “Miss Housekeeping.” The Republican presidential candidate has also been heavily criticized by black former Apprentice contestants, who have said that Trump—who once suggested that the show have a Black vs. White season—clearly favored white competitors.