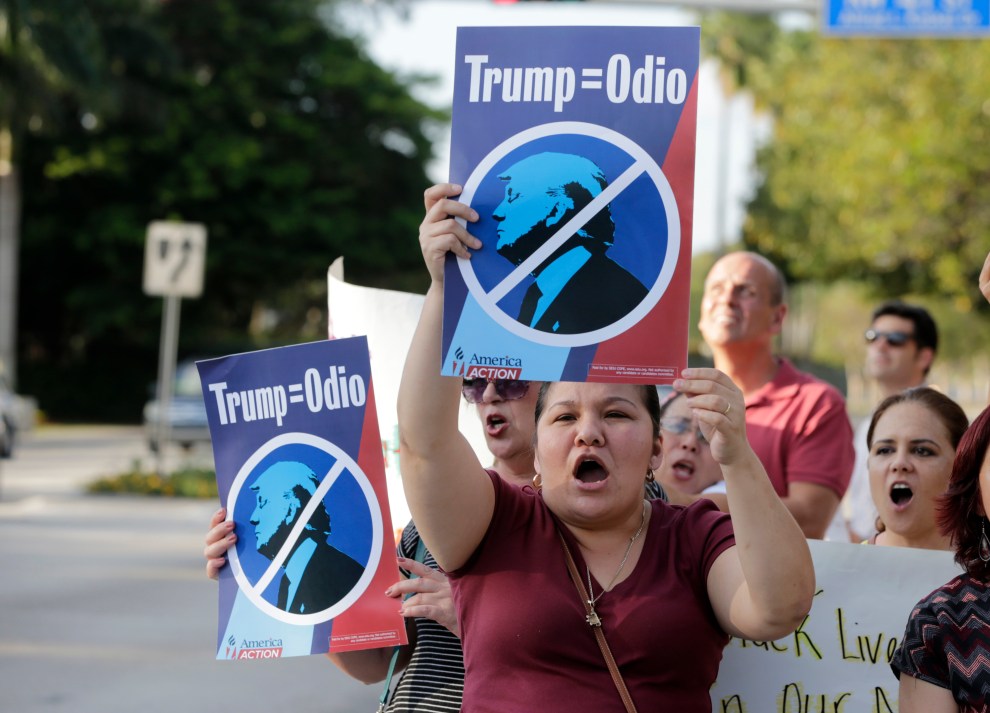 In late August, Donald Trump told a crowd in Phoenix what would happen to the roughly 11 million undocumented immigrants living in the United States if he became president. “We will begin moving them out Day One,” he said. “As soon as I take office. My first hour in office, those people are gone.”

The presidential election has given undocumented immigrants, particularly Latinos, reason to feel even more marginalized than usual. The Republican nominee has called Mexicans rapists and criminals and has said he will build a wall along the Mexican border. The country’s 27.3 million Latinos who are eligible to vote have shown signs of turning out in record numbers to register their opinion of Trump in early voting and on November 8. Undocumented residents can’t vote, of course. But that doesn’t mean they can’t influence the election.

“In the Public But Not the Electorate,” a new report by professors from Purdue University and Cornell University, uses evidence from the 2012 election to show how undocumented residents participate in the political process. “The image of immigrants portrayed in the 2016 presidential primary debates is of people who are not part of the United States,” write researchers James McCann and Michael Jones-Correa. “They are freeloaders or lawbreakers, sitting on the sidelines of civic life, making few contributions. But this is far from the case.” Indeed, with so much at stake on November 8, undocumented voices have been making themselves heard. Here’s how:

Registering legal voters: Lizette Zamudio, 20, whose family came from Mexico to Arizona when she was just 4, no longer has to worry about deportation, thanks to Deferred Action for Childhood Arrivals (DACA), a program President Barack Obama rolled out in 2012. This year, she has been motivating people to register by sharing with them her immigration story—and her fear that Donald Trump, if elected, would revoke her DACA status and send her to a country that isn’t her home. “Every person I registered, my story and my family’s story could be heard through their vote,” she says. For months this year, Zamudio stood out in the Phoenix heat on behalf of One Arizona, a nonprofit that has signed up 150,000 new potential voters since January, with a focus on underrepresented populations. When undocumented registrars like Zamudio “go into their story of why they are doing this, and why it matters to them when they have no voice and they have no vote,” says One Arizona spokeswoman Pita Juarez, “people are moved.”

Staging protests: On the same day Trump spoke to his fans in Phoenix—and, earlier, met with Mexican President Enrique Peña Nieto—a group of undocumented activists chained themselves to the Midtown Manhattan Trump Hotel. “I’m doing this not just to send a message to Trump, but to send a message to my community that the time has come to rise up and demand dignity and respect,” Carlos E. Rojas Rodriguez told Fusion. He was one of eight activists arrested that day—six undocumented—for protesting Trump’s anti-immigrant remarks and policy prescriptions. During the Republican National Convention, undocumented Latinos helped build a mock wall to mock Trump’s wall. Also showing up to Cleveland to rally against the Republican nominee (whose poll numbers have recently tanked) was 25-year-old David Chung, an undocumented South Korean who came to America with his parents at age three. He told Fusion he hoped to dispel the notion that Latinos and Latinas are the only ones who would be affected by Trump’s immigration proposals.

Imploring family and friends to vote: Latino voter registration has surged this year in California and elsewhere, and more than 180,000 citizenship applications were submitted in the last three months of 2015, according to the Washington Post, in part because these prospective citizens wanted to beat the deadline to participate in this election. JJ Soto, 24, a transgender Bay Area resident, didn’t vote in the last election but says undocumented friends have been urging Soto to vote in November: “If I don’t hear it from my friends, I hear it from my family that don’t have papers.” Soto won’t vote for Trump but is wary of Hillary Clinton as well. “In a lot of ways, it is a privilege to vote, and I do feel the pressure.”

Anayeli Elizondo, a 22-year-old Mexican American living in Los Angeles County, told me her family isn’t crazy about Clinton either. But she’ll be voting next month with her undocumented parents in mind. “I want them to feel safe here. All of the Latinos out there—I want them to be able to work for their families, for their children not to be living in fear,” Elizondo says. “I would say it’s me wanting to do that, looking out for Latinos that don’t have a voice in these elections.”