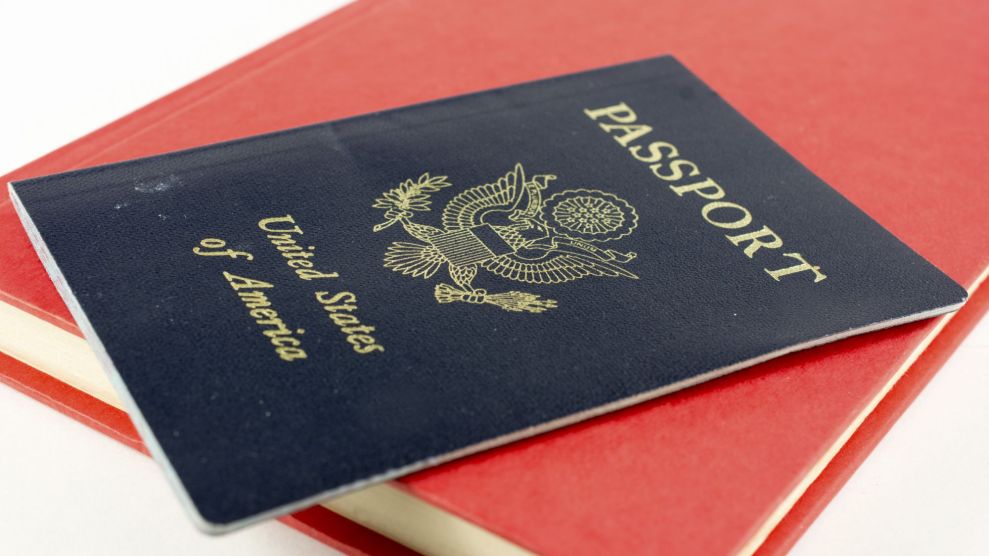 In 2010, when Hillary Clinton was secretary of state, she implemented a revolutionary new policy to make it easier for transgender people to codify their gender identity on their passports. With Trump now preparing for his new administration, transgender advocates are concerned that this State Department policy could be in jeopardy—and are urging trans people to apply for their passports as soon as possible.

“The current policy that’s in place, it’s a really good one,” says Shannon Minter, the legal director of the National Center for Lesbian Rights. Minter emphasizes that even though the Trump campaign has not explicitly targeted the current passport rule for change, “we’re urging people to go ahead and get that done just to be safe and sure. Take advantage of the protection that we know is there now and could be changed in the future.”

The State Department rule, enacted in June 2010, marked an unprecedented shift in the federal government’s treatment of transgender people. The Supreme Court’s Obergefell v. Hodges decision legalizing same-sex marriage was five years away, and the Pentagon’s policy allowing transgender troops to serve openly would not come for another six.

Before 2010, a passport gender change required proof of sexual reassignment surgery. Under Clinton’s new policy, those seeking to change their gender on their passport would only need to provide a note from their physician saying they’d undergone “clinical treatment for gender transition,” according to the State Department’s announcement of the change. In practical terms, this meant that Clinton had helped create one of the only ways for transgender people to obtain federal ID that properly acknowledges their gender—a passport has weight everywhere, even in conservative states that otherwise might make it difficult for trans people to change the gender on, for example, driver’s licenses.

Given this history, LGBT-focused legal advocacy groups are concerned about what it could mean for the trans community if this important avenue is shut down.

“I don’t know if transgender people are their highest priority, but certainly the State Department regulations could be changed.” says Jillian Weiss, executive director of the Transgender Legal Defense and Education Fund. “It will take some time to undo the tremendous progress of the Obama administration, but there’s no doubt that we will lose some rights.”

To be clear, there has been no official movement yet on this front. State Department deputy spokesman Mark Toner told reporters on Wednesday that the State Department has not yet been contacted by Trump’s transition team.

But Trump has indicated he may not be an advocate of the LGBT community as president. During the campaign, he told Fox News that he would “strongly consider” appointing conservative Supreme Court justices who would consider overturning Obergefell v. Hodges—a move that could affect trans rights for years to come by eliminating the right to marry for some transgender people. (He has since distanced himself from that position, telling 60 Minutes during his first formal interview as president-elect that he was “fine” with gay marriage.) Trans rights advocates are also concerned about a court that will be unsympathetic in matters that deal with trans equality, such as the upcoming case challenging Obama administration guidelines requiring that schools permit transgender students to use the bathroom of their chosen gender.

So LGBT advocates aren’t taking any chances by waiting around to see what might happen. Twitter user Riley (@dtwps) started the hashtag #translawhelp, along with a corresponding website, to connect trans folks with legal advice and funding for the passport process and other questions post-election. Tied to that is a crowdfunding effort to help raise money for the necessary passport fees trans people will need. Kendra Albert of the law firm Zeitgeist Law is also coordinating an effort to match trans people in need of passport funds with donors. Albert told Mother Jones that “for a lot of people, gaining correct documentation has gained a sense of urgency that it didn’t have before.”