Has white supremacy gone mainstream? It certainly feels that way based on this week’s headlines, with leading so-called “alt-right” figures crowing about Trump’s victory on major news sites (including Mother Jones). The self-described alt-right “platform,” Breitbart News, claimed that its readership has doubled over the past eight months to 37 million unique visitors. And Trump’s choice of Breitbart chairman Stephen Bannon, nativist Alabama Sen. Jeff Sessions, and anti-Muslim Lt. General Michael T. Flynn for key leadership posts has given bigotry a seat in the Oval Office.

But here’s a reality check: Readership of actual white supremacist websites—by which I mean those that openly claim the racial superiority of whites—has actually changed very little over the past year. Here’s a chart of unique monthly visitors to the largest two such sites, provided to Mother Jones by the analytics firm comScore: 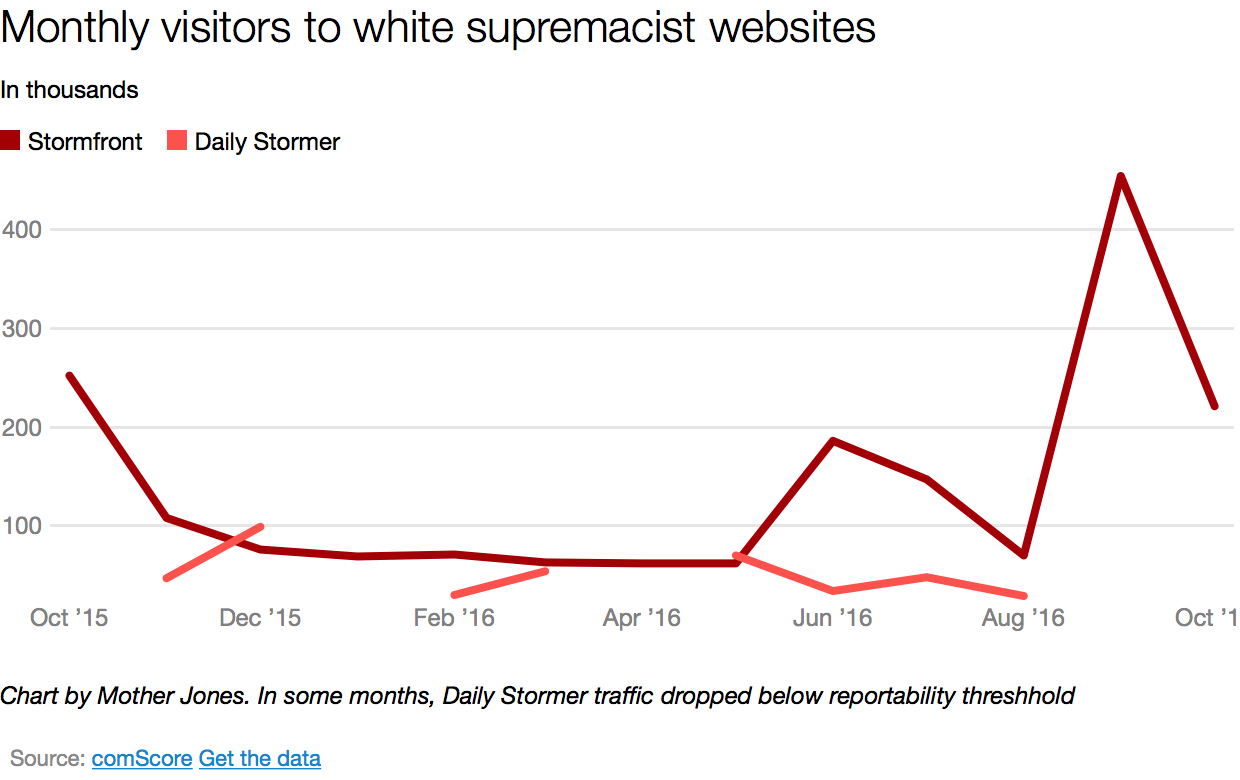 This is hardly the sort of growth one might expect if Americans were suddenly warming up to white supremacy. Traffic to Stormfront was lower last month than in October, 2015. The Daily Stormer, a neo-Nazi site founded in 2013, had too little traffic in many months even to meet comScore’s reportability thresholds. Though comScore’s traffic figures aren’t 100 percent reliable, they do suggest that the growth of these sites has been at best minimal over the past year.

Daily Stormer publisher Andrew Anglin told me in an email that his traffic had doubled over the past year to 4 million unique viewers, but did not respond when I confronted him with comScore’s dramatically lower figures. Anglin has claimed a rise in readers based on the notoriously unreliable Alexa rankings, but back in 2014, when Alexa showed a decline in Daily Stormer readers, he called Alexa “a complete joke which can never be taken seriously again.”

Breitbart also appears to be inflating its numbers. According to data collected by comScore, its traffic has increased over the past year from 13 million to 19 million unique viewers. That is still a dramatic rise, but it falls far short of the 37 million unique visitors that Breitbart claims. (A Breitbart spokesperson did respond to a request for comment). 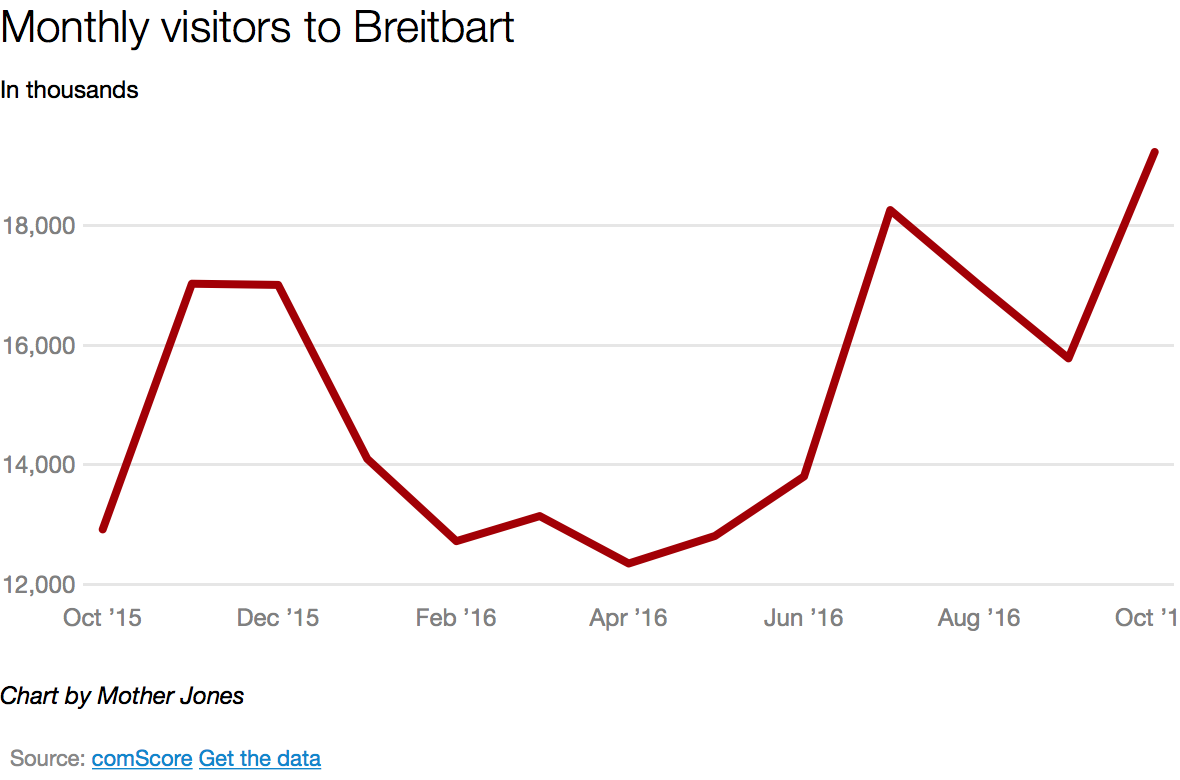 There’s no doubt Breitbart has unleashed a miasma of racist rhetoric and ideas over the past year. In the week following the election, organizations that track hate crimes recorded the biggest spike in such incidents since the aftermath of 9/11. Among 10,000 Trump supporters sampled by an analytics firm in October, more than a third followed at least one white nationalist Twitter account. Trump’s denunciations of entire etnic groups, religions, and genders has had the effect of normalizing hate speech.

But white supremacy is still a step too far, even for Trump and his inner circle. Maybe they really do find neo-Nazis and the KKK abhorrent (if so, Trump certainly could have been swifter in denouncing them). Or maybe they’re just smart enough to know what any corporate marketer long ago figured out: When it comes to unvarnished white supremacy, nobody wants to hear it.