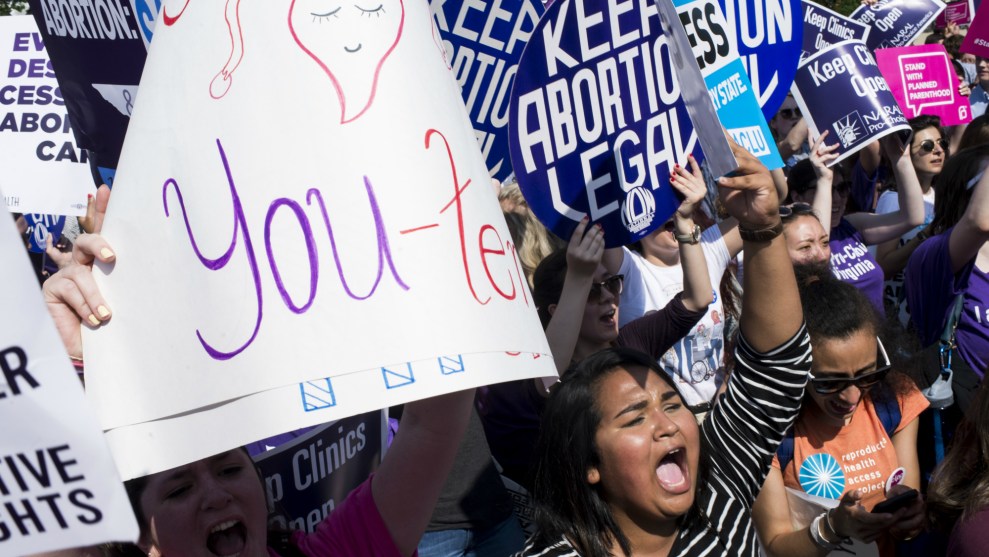 In the fight over reproductive rights, 20-week abortion bans stand out as one of the most successful legislative measures pursued by anti-abortion advocates. In all, 18 states have enacted a version of the legislation since 2011; three of them have seen their 20-week bans overturned in court because they banned abortions before a fetus could survive outside the womb and were in violation of the Supreme Court’s 1973 ruling in Roe v. Wade. Earlier this month, Ohio Gov. John Kasich signed a 20-week abortion ban into law shortly after vetoing a “heartbeat bill” that would have banned abortions as early as six weeks into pregnancy.

Now, as the year comes to a close, emboldened Virginia legislators have begun their push to pass their version of the controversial—and likely unconstitutional—measure.

Last week, Virginia delegate David LaRock, a two-term Republican, pre-filed HB1473, known as the Pain-Capable Unborn Child Act. The bill will officially be introduced when the state Legislature begins its new session in January. LaRock introduced similar legislation during two previous sessions but has been unsuccessful in his attempts to ban late-term abortions.

As with previous versions of the bill, HB1473 would prohibit abortions after 20 weeks of pregnancy, a cutoff earlier than the “fetal viability” standard established by Roe v. Wade. Anti-abortion advocates argue that the ban is necessary because a fetus can feel pain at 20 weeks, a claim that has not been confirmed by research. The bill would not make allowances for a woman’s mental health or fetal abnormalities, or in instances of rape or incest, and offers exceptions only in cases that threaten the life of the mother or pose a “serious risk of substantial and irreversible physical impairment of a major bodily function.” When a late-term abortion is performed, the bill stipulates that a physician “terminate the pregnancy in a manner that would provide the unborn child the best opportunity to survive.”

If passed, the bill would punish physicians providing unauthorized late-term abortions with Class 4 felonies, making them subject to prison time and a fine of up to $100,000. The bill also allows for “civil remedies,” giving a woman who receives an abortion or the biological father of the terminated fetus the ability to seek punitive damages against physicians who perform abortions in violation of the act.

The 20-week abortion ban is the latest restriction proposed in a state that already has some of the toughest anti-abortion laws in the nation. Virginia currently requires that women seeking abortions receive information encouraging them to carry pregnancies to term, mandates an ultrasound before the procedure, requires minors to receive consent from their parents prior to getting an abortion, and limits health plans covering abortion under the state’s Affordable Care Act exchange.

The Virginia GOP’s intensified effort to end late-term abortions is likely an opening salvo in the fight over the future of abortion access in the state. With the current Democratic governor, Terry McAuliffe, unable to run for a second term due to state law, anti-abortion advocates see next year’s gubernatorial election as a key opportunity to put an ally in office.

Virginia’s state Legislature won’t begin its new session until January 11, but reproductive rights advocates are already preparing for a long fight. “Bans on abortion at different points in pregnancy affect every woman’s ability to make decisions that are best for her, her health and wellbeing, and her family,” noted Tarina Keene, executive director of NARAL Pro-Choice Virginia, in a letter sent to the candidates vying to replace McAuliffe. In a press release accompanying the letter, the reproductive rights group called the proposed ban a “dangerous and unconstitutional measure,” adding that it “would put politicians in the middle of Virginia women and families’ personal decisions about pregnancy and cut off access to safe medical care.”