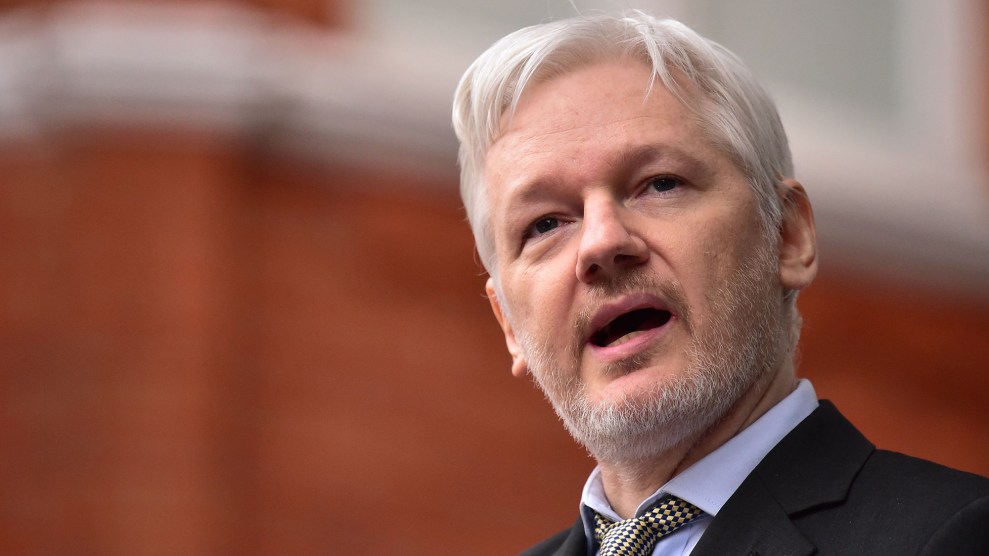 During a live press conference broadcast from the Ecuadorian embassy in London via Twitter’s livestream app Persicope, WikiLeaks’ Julian Assange on Monday blasted the recent US intelligence report on Russian hacking during the 2016 election.

“It is, frankly, quite embarrassing to the reputation of the US intelligence services to be putting out something that claims to be a report like that,” Assange said. “This is a press release. It is clearly designed for political effect and US intelligence have been politicized by the Obama administration in the production of this report and a number of other statements.”

Assange’s press conference comes three days after the US Office of the Director of National Intelligence released a declassified report outlining its assessment of alleged Russian meddling in the 2016 presidential campaign via hacks of US political targets, including the Democratic National Committee and the personal email account of John Podesta, Hillary Clinton’s campaign chairman. The materials were stolen from those organizations by Russian intelligence, according to the report, and then passed to WikiLeaks, but it does not specify whether this occurred through an intermediary. An online persona known as “Guccifer 2.0” claimed credit for the DNC hack and for passing the information along to WikiLeaks and also for providing the material to media outlets and reporters.

Assange has consistently denied that the materials came from the Russian government and addressed the issue again on Monday.

“We haven’t said we know or don’t know our sources,” he said. “We have made one statement, which is that our sources in the US election-related matter are not a state party.” Assange noted the “incredible care” with which WikiLeaks speaks about its sources, but this case  “does not sufficiently threaten our sources to make this very bland disclosure.” With a “state” source, however, “we would have a lot less concern in attempting to protect them.”

Assange’s explanation seems to leave the door open that an intermediary passed the material from Russian intelligence to WikiLeaks.

Assange also discussed the penchant for outgoing administrations to destroy information on the way out the door and said WikiLeaks’ recent offer of $30,000 for information that leads to “the arrest or exposure of Obama admin [sic] officials destroying info [sic],” is an effort to preserve information that belongs to the public. He implored government employees with access to data to grab it (not mentioning that doing so is a serious crime).

“Our request to system administrators in the Obama administration, and this goes for other administrations around the world, is take the data,” he said. “Just take it now, keep it under your bed, or with your mother, and then you can give that to WikiLeaks or other journalists at your leisure. Get a hold of that history and protect it because that is something that belongs to humanity and does not belong to a political party.”

Assange blasted President Obama for his administration’s treatment of whistleblowers but said that things weren’t likely to improve under a President Trump.

“While there are some anti-DC elements in the Trump cabinet and a lot in his base, very quickly, based on the history of all previous administrations, the Donald Trump administration will form its own establishment and enter into a power-sharing relationship with the existing powers in DC,” Assange said. “No system of authority likes those who undermine its authority.”