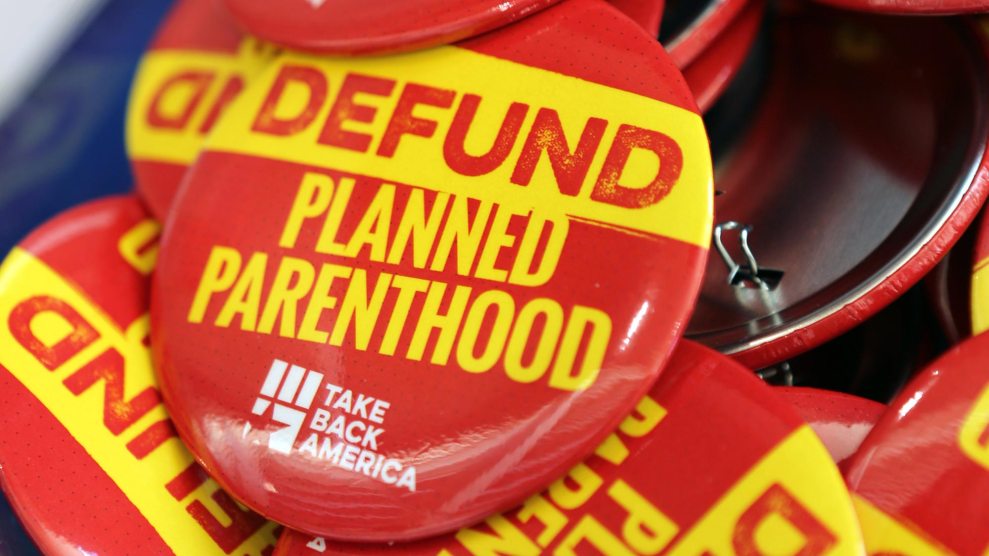 The bills, from Sen. Joni Ernst (R-Iowa), would redirect federal funds away from Planned Parenthood to other health care providers. The Hyde Amendment already prohibits federal funds from being used for most abortions, but this legislation would bar low-income women who rely on Medicaid and Title X funding for subsidized care from obtaining other women’s health care services at Planned Parenthood.

“With a pro-life president in the White House and pro-life majorities in the House and Senate, we will continue to work together this year to undo the damage done by the Obama administration,” wrote Ernst and Rep. Diane Black (R-Tenn.) in an op-ed published in the Washington Examiner on Friday, the day of the annual anti-abortion March for Life.

The text of one of the bills, S 241, explains that other entities, including “state and county health departments, community health centers, [and] hospitals,” will be able to fill women’s health care needs, including contraception, STI testing, and cervical and breast cancer screening. Many health experts say other health providers would not be able to absorb Planned Parenthood’s patients. An analysis conducted by the Guttmacher Institute, which publishes research on reproductive health, found that in two-thirds of the counties that have a Planned Parenthood center, these centers serve at least half the women seeking publicly funded contraceptive care. In one-fifth of those counties, Planned Parenthood is the only provider offering subsidized contraceptive care.

“If passed, these bills will cause a national health care crisis, leaving millions with nowhere to go for basic care,” said Dana Singiser, vice president of public policy and government affairs for the Planned Parenthood Federation of America, in a statement.

Texas offers an example of what women’s health care looks like when Planned Parenthood is excluded from public funding. In 2011, the state stopped state funds from going to Planned Parenthood, leading to numerous clinic closures. Other health centers attempted to step in, but Medicaid contraception claims declined by 35 percent, suggesting that fewer low-income women were obtaining contraceptive care. There was also an increase in childbirths among women receiving Medicaid who’d previously received contraception from Planned Parenthood clinics.

A bill to deny federal funds to Planned Parenthood passed both chambers of Congress last year, but was vetoed by then-President Barack Obama. Trump is likely to sign Ernst’s version of this bill should it cross his desk: Throughout his campaign, Trump promised that defunding the women’s health care provider would be a priority for his administration.

This article has been revised to clarify details of Ernst’s legislation.