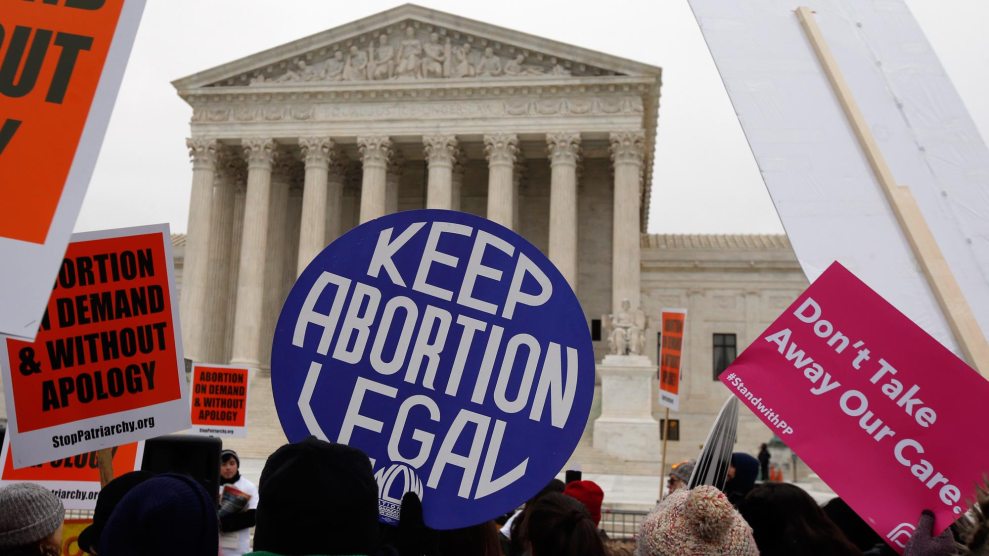 Over the last few weeks, the election of Donald Trump and new Republican control over several states have inspired a wave of anti-abortion proposals. Among the most pervasive have been 20-week abortion bans: Ohio and Kentucky have both passed these in the last month, and they have been proposed in Virginia and now Florida.

On Tuesday, Florida state Rep. Joe Gruters—the former co-chair of Trump’s Florida campaign who began his first term in the Florida House this month—filed the proposed ban, along with sponsor Rep. Don Hahnfeldt.

“Proud to stand up for life in the first bill that I file as a member of the State House,” Gruters wrote on his Facebook page.

Titled the “Florida Pain-Capable Unborn Child Protection Act,” the bill would make it a third-degree felony to perform an abortion after 20 weeks, unless there is a “serious health risk” for the mother. The bill would also require doctors to file a report about every abortion they perform to the state’s health department and would allow the fathers of the unborn, as well as mothers, to sue their abortion providers for actual or punitive damages.

The bill’s text argues that the ban is necessary because at 20 weeks, fetuses can feel pain. This point is contested by pro-choice advocates and refuted by the vast majority of scientific research.

The Supreme Court’s 1973 decision legalizing abortion in Roe v. Wade ruled that a state can only ban abortions after a fetus is viable outside the womb, which is typically considered to be at 24 weeks. The 20-week bans have been one of the anti-abortion movement’s primary strategies for challenging Roe, by calling into question its viability standard. Only about 1.3 percent of abortions take place after 20 weeks, and they usually occur because of an unforeseen medical complication—a risk to the mother’s health, for instance, or the discovery of a severe fetal anomaly in the later stages of pregnancy. They might be necessary for women experiencing major difficulties in their lives, such as domestic violence or the inability to access abortion for financial and other reasons. “Such bans will disproportionately affect young women and women with limited financial resources,” wrote the authors of a 2013 study on women who get later abortions.

“The 20-week ban was nationally designed to be the vehicle to end abortion in America,” Ohio Right to Life President Michael Gonidakis told the Columbus Dispatch in December, following the state’s passage of its own 20-week ban.

Lawsuits challenging these bans have made it all the way to the US Supreme Court. In 2014, the Supreme Court declined to review a case challenging Arizona’s 20-week ban, cementing a lower court’s decision that the law was unconstitutional. Reproductive rights advocates have also mounted lawsuits opposing 20-week bans passed in several other states, including North Carolina and Georgia.

Perhaps in anticipation of similar lawsuits to come, Florida’s proposed 20-week ban would also establish a legal defense fund, financed with taxpayer dollars and private donations, which would be managed by Florida’s legal affairs department and would pay for the state attorney general’s legal defense against challenges to the bill.

Florida Gov. Rick Scott has not said publicly whether he would support a 20-week abortion ban. But he identifies as pro-life and in the past has supported other restrictions on later abortions. In 2014, Scott signed a bill into law redefining fetal viability to when a fetus can survive outside the womb “through standard medical measures,” further limiting when some later abortions would be permitted.