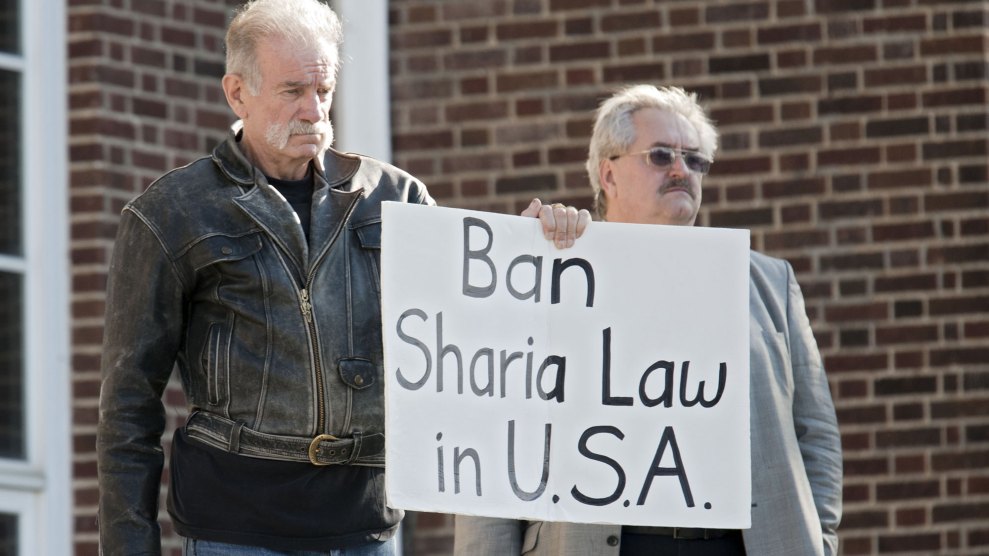 The number of anti-Muslim hate groups in America tripled last year, according to a report released Wednesday by the Southern Poverty Law Center, a watchdog organization that tracks political extremists. Between the beginning and end of 2016, the number of anti-Muslim groups increased from 34 to 101—by far the largest spike since SPLC began tracking the category in 2010.

The surge coincides with a 67 percent increase in anti-Muslim hate crimes last year, a level of violence not seen since the aftermath of the 9/11 attacks. Documenting hate crimes is challenging (both in terms of legal definition and incidents that may go unreported), and most hate groups don’t release membership statistics—two reasons why SPLC views the number of anti-Muslim groups as an important metric. 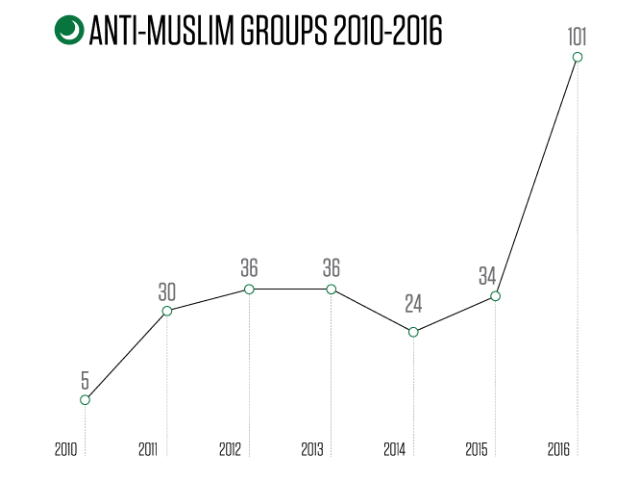 Notably, the steady rise in these hate groups began around the launch in mid 2015 of Donald Trump’s presidential campaign. Though the Syrian refugee crisis and terrorist attacks from Paris to Orlando may have fueled some increase in Islamphobia, Trump’s repeated invocation of the threat of “radical Islamic terrorism” and move as president to ban immigrants from predominantly Muslim countries has clearly fanned the flames.

“The rise in anti-Muslim groups in the last year I think demonstrates just how much the presidential campaign influenced the radical right in the US,” says Ryan Lenz, a senior writer for the SPLC’s Intelligence Project. “We have not seen this level of anti-Muslim rhetoric in quite some time, and Trump has done the lion’s share of infusing the anti-Muslim movement in the US with energy, which had been waning for years.”

Breitbart News, the far-right publication formerly led by Trump senior strategist Stephen Bannon, has written dozens of stories about Muslim “rape gangs,” the supposed threat of Sharia law in the United States, and alleged conspiracies by the Council on Islamic Relations, a moderate civil rights organization that Breitbart characterizes as a “front group” for terrorists.

Until stepping down from Brietbart News in August 2015 to lead the Trump campaign, Bannon hosted a Sirius XM radio show, Breitbart News Daily, where he conducted dozens of interviews with anti-Muslim extremists. One of Bannon’s guests on the show, Trump surrogate Roger Stone, warned of a future America “where hordes of Islamic madmen are raping, killing, pillaging, defecating in public fountains, harassing private citizens, elderly people—that’s what’s coming.”

Bannon also said on his show that George W. Bush’s statement after 9/11 that “Islam is peace” was “the dumbest” comment Bush made during his presidency. Bannon told listeners that the United States and Europe are engaged in a “global existential war” and suggested that a “fifth column” of Islamist sympathizers has infiltrated the US government.