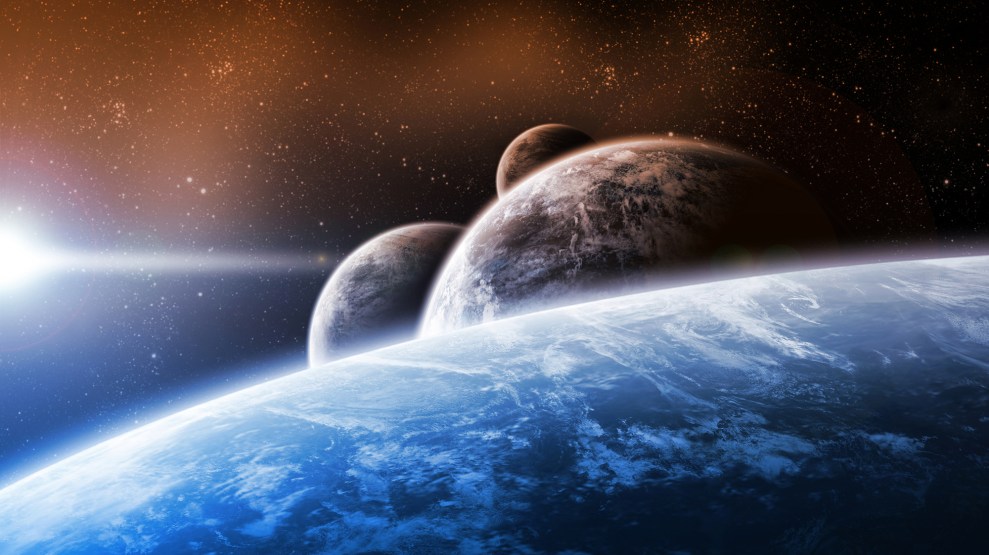 Earthlings are one step closer to confirming that they’re not the only living things in the universe. An international group of scientists announced Wednesday that they’ve been observing seven Earth-sized planets orbiting a dwarf star named Trappist-1. The discovery, according to the New York Times, is the “first realistic opportunity to search for biological signs of alien life outside of the solar system.”

The star is about 235 trillion miles from Earth, or about 40 light years. The planets happen to be oriented in such a way to allow them to be “studied in great detail,” the Times notes.

“This is the first time so many planets of this kind are found around the same star,” Michael Gillon, an astronomer at the University of Liege in Belgium and the leader of the team of scientists, said Wednesday. Another astronomer from the group, Amy H.M.J. Triaud, from the University of Cambridge in England, said the findings mark a “crucial step toward finding if there is life out there.”

By studying the atmospheres of the planets, scientists will be able to look for signs of biological life. Sara Seagar, an astronomer at the Massachusetts Institute of Technology who is not a part of the team that made the discovery, told the Times that these planets make the “search for life in the galaxy imminent,” adding that for “the first time ever, we don’t have to speculate. We just have to wait and then make very careful observations and see what is in the atmospheres of the Trappist planets.”

Of course, there are those who believe that life from other planets not only exists but has visited Earth at some point in the past. Many governments around the world, including the US government, have studied the issue for decades. As recently as January 5, the Chilean Navy released video shot from a Navy helicopter in 2014 showing a flying object that military and civilian experts could not identify, as reported by journalist Leslie Kean.

Perhaps one of the planets would be a candidate for a “planet b,” a concept explored by the Climate Desk’s James West in 2015: