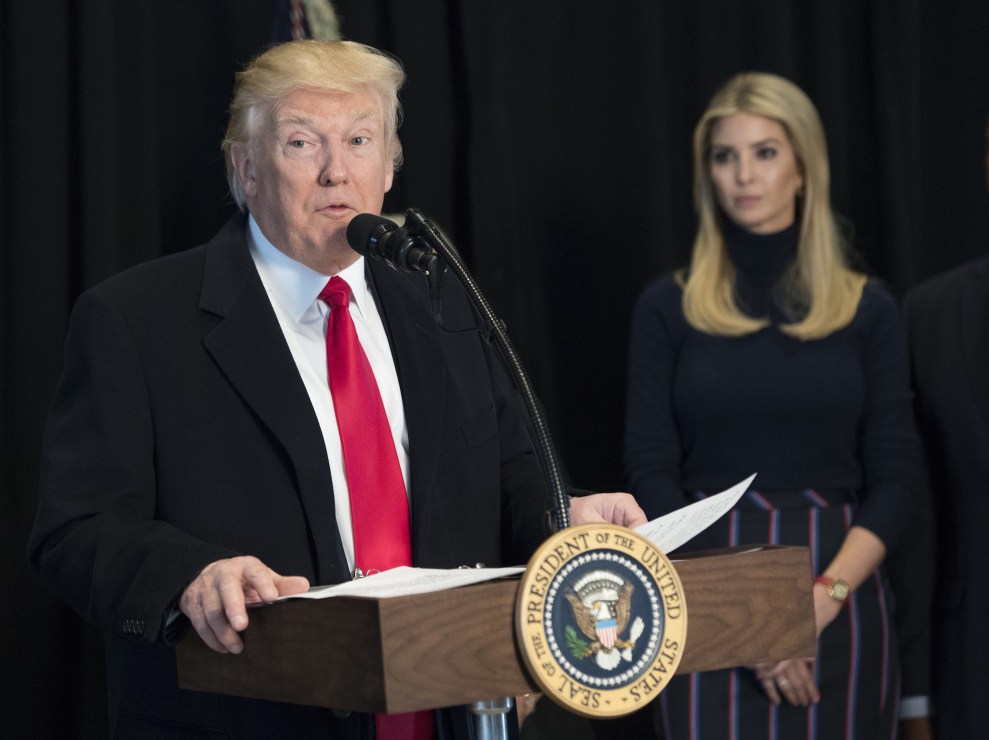 Following a recent wave of anti-Semitic attacks, including more than a dozen bomb threats targeting Jewish community centers around the country on Monday alone, President Donald Trump condemned such acts as “horrible” and promised these kinds of actions would end soon.

“The anti-Semitic threats targeting our Jewish community and community centers are horrible and are painful, and a very sad reminder of the work that still must be done to root out hate and prejudice and evil,” Trump told reporters during a visit to the National Museum of African-American History on Tuesday.

The president’s comments come amid increased pressure for him to directly denounce anti-Semitic incidents, which have surged since he won the election. In addition to bomb threats on Monday, dozens of tombstones at a Jewish cemetery near St. Louis were pushed over in an apparent act of vandalism.

JCC threats, cemetery desecration & online attacks are so troubling & they need to be stopped. Everyone must speak out, starting w/ @POTUS.

But Jewish groups, including the Anne Frank Center for Mutual Respect, which addresses civil rights issues in the US, called Trump’s brief remarks on Tuesday insufficient and are demanding the president do more than place a “Band-Aid on the cancer of anti-Semitism” that has affected his administration.

“When President Trump responds to anti-Semitism proactively and in real time, and without pleas and pressure, that’s when we’ll be able to say this President has turned a corner,” a statement from the center on Tuesday said. “This is not that moment.”

White House press secretary Sean Spicer expressed disappointment in the center’s statement, saying he wished the organization would instead “praise” the president for his leadership. Shortly after, the Anne Frank Center fired back on social media:

Spicer @WhiteHouse says about our org: “No matter how many times @POTUS talks about #Antisemitism it’s never enough.” LET THEM EAT BABKA.

Trump’s remarks on Tuesday come less than a week after his chaotic press conference, in which he angrily dismissed a Jewish reporter’s question concerning the uptick in anti-Semitic attacks.

“Not a fair question,” Trump responded, before ordering the reporter from Ami Magazine, Jake Turx, to take his seat. He then defended himself as the “least anti-Semitic” and “least racist person.”

In addition to Trump’s unwillingness to speak out against anti-Semitism, the administration also came under fire last month for releasing a statement commemorating International Holocaust Remembrance Day that conspicuously failed to mention Jews. Critics, including Sen. Tim Kaine (D-Va.), slammed the White House statement by comparing it to Holocaust denial.

This post has been updated to include the Anne Frank Center’s responses on social media.