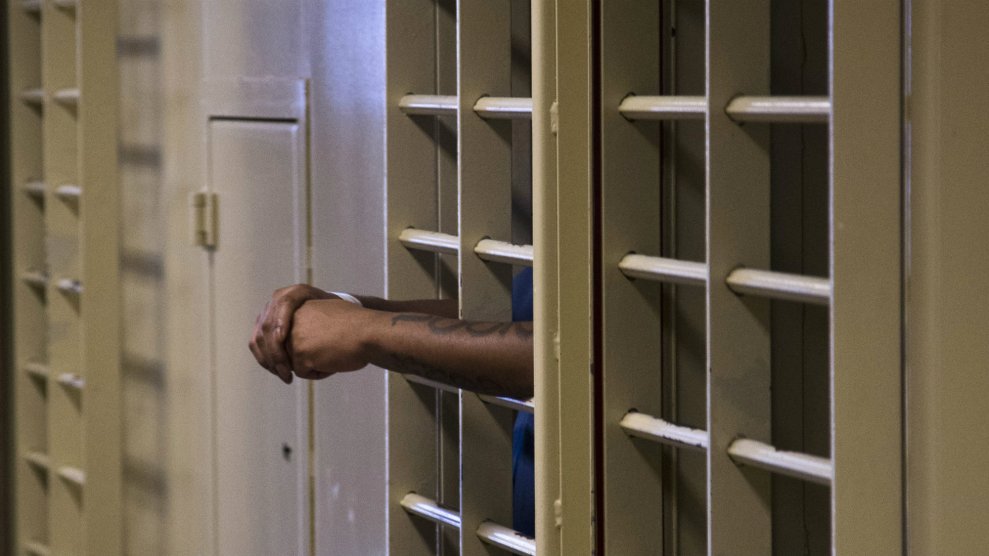 Last year set another record for exonerations, with 166 convicted people vindicated by courts in 25 states, Washington, DC, and Puerto Rico and by federal courts. A new report reveals a sobering truth behind the wrongful convictions of innocent people: Black Americans are more likely to serve time in prison for crimes they didn’t commit than their white counterparts.

In the National Registry of Exonerations’ new report, Race and Wrongful Convictions in the United States, researchers looked at the 1,900 exonerations reported in the Registry between 1989 and October 2016. They found that while African Americans comprise only 13 percent of the population, they comprise 47 percent of those who were exonerated. This disparity cuts across all major crimes committed, but the report focuses on the three categories where exonerations are most frequent: murder, sexual assault, and drug crimes.

“There’s no doubt anymore that innocent people get convicted regularly—that’s beyond dispute,” said Barbara O’Brien, a Michigan State University law professor and editor for the registry, in a press release.

For example, Walter McMillian was sentenced to life in prison in 1988 for the 1986 murder of a white woman in Monroeville, Alabama. The only evidence against McMillian was testimony by Ralph Myers, who was arrested for murdering another woman in a nearby town. Police told Myers that they had witnesses who would testify that he had murdered the woman in Monroeville along with McMillian, who was also known in the community because he had a white girlfriend. Despite six alibi witnesses who placed him at a fish fry at the time of the murder, the mostly white jury sentenced McMillian to life in prison; a judge overruled the jury and sentenced him to death. A few years later, however, McMillian’s lawyers discovered a recording of Myers complaining that officers forced him to implicate McMillian—a man he didn’t even know—for a crime neither of them had committed. McMillian was exonerated in 1993.

In 1982, Marvin Anderson was convicted of sexual assault, kidnapping, and robbery after a white woman was brutally raped by a black man in Hanover County, Virginia. When the woman reported the assault to an officer, he immediately suspected Anderson because the rapist told his victim that he “had a white girl,” and Anderson was the only black man the cop knew who lived with a white woman. Anderson had no criminal record, so police obtained a copy of Anderson’s employment identification, which had a photograph of Anderson in color. Police showed this photograph to the victim alongside black-and-white mug shots of other men. The victim picked Anderson from the photo spread and from a police lineup later in the day. Anderson wasn’t vindicated until 2001, when post-conviction DNA testing proved his innocence.

Although the rate of drug use by white and black Americans is similar, black people are five times as likely to go to prison for drug crimes than their white counterparts. This disparity carries over to wrongful convictions as well. Innocent black people are 12 times as likely to be convicted of a drug crime as innocent white people. But because efforts to exonerate innocent people are focused on convictions where the stakes are higher, such as rape or murder, many innocent defendants convicted of low-level drug crimes are never exonerated.

In addition to the 2,000 exonerations that have occurred since 1989, an additional 1,800 people have been vindicated through “group exonerations.” These exonerations came after major police scandals, where cops who systematically framed innocent black people were exposed. In 2016, in East Cleveland, Ohio, more than 40 defendants’ convictions were overturned after three police officers were imprisoned for planting drugs, stealing money, and filing false search warrants. Unfortunately, most wrongful convictions are never discovered.

“Increasingly, police, prosecutors and judges recognize this problem,” O’Brien noted in the press release. “But will we do enough to actually address it? That remains to be seen.”