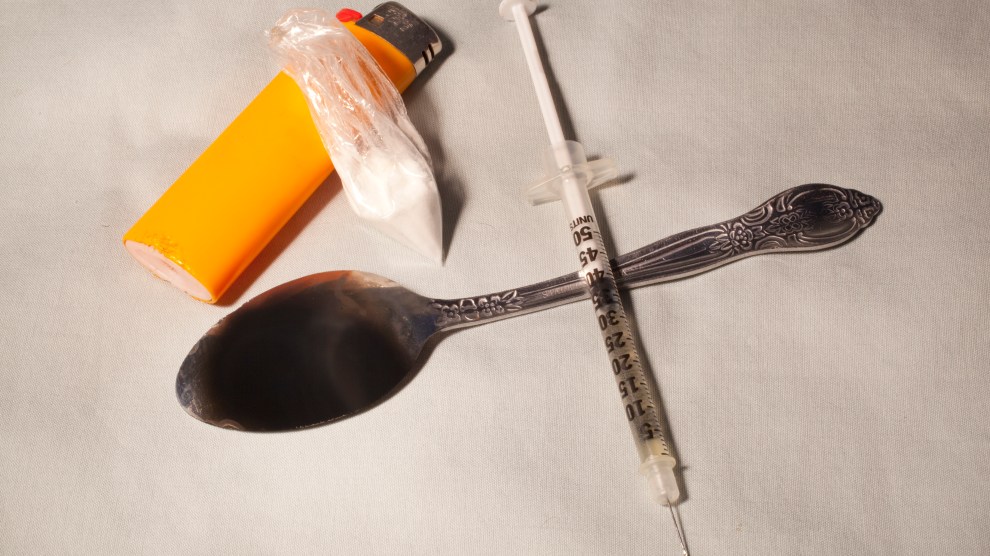 This week I’m spending time in Northeast Ohio, a corner of the country that has been ravaged by the opioid epidemic. I’m talking to people here about what the drugs have done to their communities. I’ll be tweeting about what I’m seeing.

On a tree-lined street just blocks from the Cleveland Museum of Art sits an office building holding dozens of corpses. The Cuyahoga County Medical Examiner’s Office, home to the morgue, has never been this full. The spike in deaths comes from a swell in overdoses: With more than 600 overdose deaths last year, Cleveland and the surrounding suburbs have one of the highest overdose rates in the nation.

Sitting in an office full of sunlight, Dr. Thomas Gilson, the county medical examiner, looks disgusted. The year 2016, he tells me, “was just this tidal wave.”

Hugh Shannon, the Medical Examiner’s administrator, walked me through what happens in the aftermath of each overdose:

When calls of a suspected overdose come in, investigators make their way to the scene: often homes, hotel rooms, cars, public bathrooms. They typically find overdose victims in a fetal position or hunched over kneeling, “because they just drop,” says Joe Stopak, manager of investigations for the county. “That’s more often than not a sure sign of overdose.”

Investigators look for signs of drug abuse like track marks or puncture wounds—often found on elbows, sometimes between fingers and toes to hide scars. They examine drug paraphernalia: things like syringes, spoons, lighters, straws for snorting, and bags of drugs, which may later be tested for trace DNA and used by law enforcement to prosecute dealers. Sometimes, the scene has been cleaned up before investigators arrive.

“The hardest part of our job isn’t dealing with the death—it’s dealing with the living,” says Alicia Rock, a death investigator for the county. Rock interviews grieving family members on the scene, asking about the victim’s history: Was there previous substance abuse? Had they been prescribed painkillers for an injury? Was the victim previously in jail or drug court or rehab?

“You hear from a lot of family members that they were waiting for the phone call from our office,” says Rock. “That they knew it was coming.”

With the spike in overdoses, the county morgue is filling up. Until recently, it typically held 30 to 35 bodies at a given time. These days, says Stopak, the numbers tend to be in the 50s and 60s. Some smaller counties nearby don’t have the luxury of space: Morgues in Akron and Canton, Ohio, recently rented refrigerated trailers designed for mass illness and other disasters to handle the influx of bodies.

Back at the CCMEO office, toxicologists test the bodies while drug chemists test the seized paraphernalia and drugs—a process which, over time, can reveal startling patterns. One example: Fentanyl, a synthetic opioid up to 50 times more powerful than heroin, has surpassed painkillers and heroin as the most common fatal overdose drug in Cuyahoga County. The drug, which comes in the form of a white powder, is manufactured in China and Mexico before making its way to the United States.

“It was just a few years ago when we started seeing very small amounts of fentanyl in with the heroin,” said Eric Lavins, the lab supervisor. “Now we have cases where there’s fentanyl and no heroin whatsoever.”

More and more, CCMEO forensic scientists are finding fentanyl analogs—slight molecular variations of fentanyl that can be even more potent but, because they are constantly changing, are not well regulated in the United States or in China, where they are often manufactured. “It’s a game of cat and mouse,” explains Shannon.

Another trend: Increasingly, fentanyl is mixed with cocaine, which is particularly troubling because cocaine and opioids are traditionally used by different demographics. White Americans make up the bulk of heroin and painkiller users, while cocaine kills more African Americans. Many see this as a deliberate strategy to broaden the demand for opiates among the black population. “It’s a business model,” says Gilson. “It’s another market.”

Ultimately, the goal of the countless interviews and tests and data-wrangling is not only to trace the drugs back to their sources, but to prevent people from dying from them to begin with, explains Gilson. First responders, for example, need to know the prevalence of fentanyl in order to determine whether to administer multiple doses of the overdose reversal drug naloxone. As he puts it, “One of the core missions of a place like this is to take information from the people who died and try to apply it to people who are at risk.”