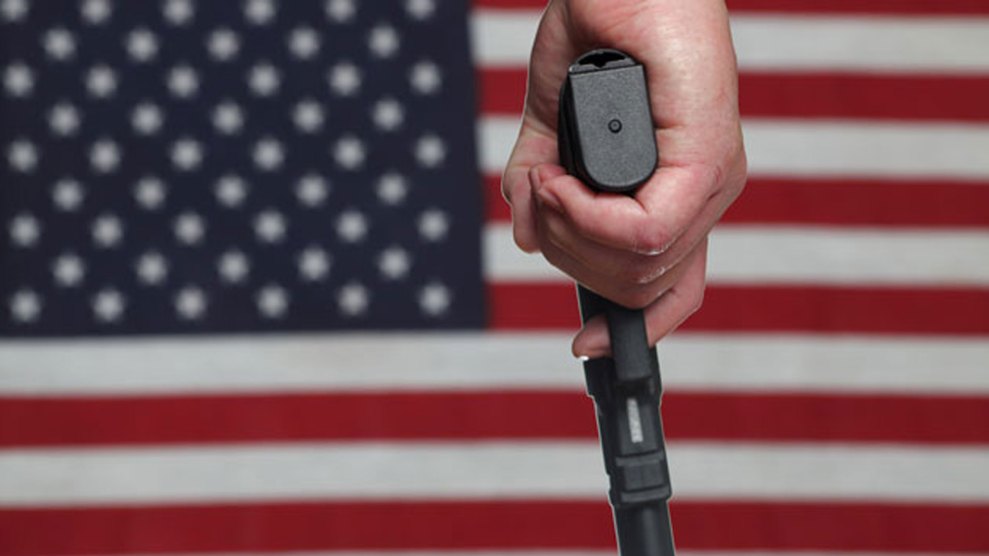 Update July 2018: In May 2017, The Florida legislature passed an amended version, similar to the bill described below. Gov. Rick Scott signed it into law in June. In July, a Miami judge ruled the changes unconstitutional on the grounds that such revisions are the jurisdiction of the courts, not the legislature. But state trial courts, the Miami Herald reported, are not beholden to the decision.

Florida lawmakers are on the cusp of expanding the state’s controversial Stand Your Ground gun law in a radical new way. Stand Your Ground allows people to use deadly force rather than retreat from a threatening altercation if they “reasonably believe” their lives are endangered. Several high-profile cases in recent years have set off fierce debate about the policy, including the killings of black teenagers Trayvon Martin and Jordan Davis. As the New York Times reports, the new measure, which passed the state Senate on Wednesday, would make the bar exceptionally high for prosecutors to prove that a person unlawfully killed someone in an alleged act of self-defense:

If the measure becomes law, the state would again be at the forefront of expanding self-defense laws. Florida would become the first state to apply a tougher standard to the law during the pretrial hearing. Under the measure, the burden of proof would be shifted to prosecutors and defendants would no longer have to present evidence, typically by taking the stand, to prove their claim of self-defense.

Instead, prosecutors would have to prove beyond a reasonable doubt — the highest legal standard — that the use of force was not justified. …

Prosecutors have fiercely opposed the measure, saying it runs counter to the traditional workings of the criminal justice system. Typically, when defendants seek the dismissal of charges at a hearing — arguing entrapment, for example — it is up to them to present evidence and persuade the court, not the other way around.

The new standard would require prosecutors to essentially put on a nonjury mini-trial, requiring victims and witnesses to testify twice and delaying the actual trial, prosecutors said. And with defendants no longer required to offer evidence — which usually means taking the stand — there will be little, if any downside, for them to claim a Stand Your Ground defense.

Ever since the Martin case in 2012, studies have found that Stand Your Ground laws are associated with sharp increases in homicides. Half the states in the country now have versions of the law—in no small part thanks to Florida, which was first to implement the measure in 2005 and has long been a hotbed for aggressive policies pushed by gun lobbyists and conservative legislators. Back in 2012, we investigated how the National Rifle Association and the Republican-controlled Florida statehouse worked together to spread Stand Your Ground policy nationwide. The question now is whether the latest version heralds another push for making it even easier in America to shoot and kill.