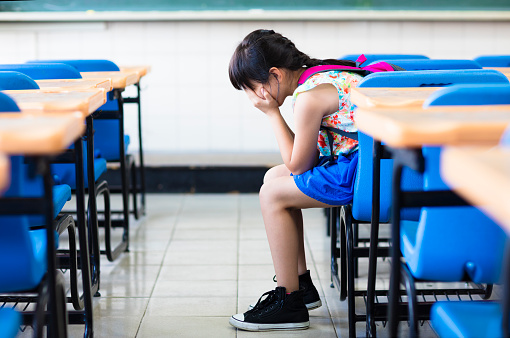 In last week’s speech before a joint session of Congress, President Donald Trump once again brought up the issue of school choice, signaling to lawmakers an interest in pursuing federal legislation that would divert taxpayer dollars to private school tuition. But the real action is already taking place in statehouses across the country.

Since 2010, when a Republican wave washed over the House, Senate, and governor’s mansions across the country, states have been steadily introducing voucher programs and voucher-like initiatives such as tax credits or education savings accounts. And 2017 is no different: 31 states have introduced bills to create or expand some private school choice program, according to the National Conference of State Legislatures.

So far, 22 states have bills dedicated toward tax credit scholarship programs, which, as my colleague Kristina Rizga pointed out last week, are increasingly popular among choice advocates like Education Secretary Betsy DeVos because they allow parents to receive tax credits for sending their kids to religious schools without governments technically transferring taxpayer money to religious organizations. Meanwhile, 20 states have legislation proposing education savings accounts, which allow families to use state money set aside in authorized accounts for education expenses, like private school tuition, homeschooling, or therapy.

Decades of research on voucher programs shows that they have little to no effect on academic achievement. In the past two years, research on newer programs in Louisiana and Ohio have mainly shown poorer academic outcomes. Last July, researchers at the Thomas B. Fordham Institute, a conservative think tank, concluded in a study about Ohio’s program that students who attended private schools on vouchers fared worse academically than those who attended public schools. “Let us acknowledge that we did not expect—or, frankly, wish—to see these negative effects for voucher participants,” researchers wrote.

Josh Cunningham, a senior education policy specialist at the National Conference of State Legislatures, cautioned that the Trump administration isn’t necessarily driving more legislation at the state level. “But if we see action out of the administration or out of Congress addressing school choice,” Cunningham says, “I’d imagine states would have to respond to that.”

Here’s a look at six places to watch where the debate over DeVos and Trump’s vision for expanded school choice is playing out.

Republican state Rep. Debbie Lesko introduced a bill in January that would broaden the state’s existing education savings program, the first of its kind, to make funds available to all public school students in the next four years. The six-year-old program initially assisted students with disabilities, allowing parents to use funds from a state-run account for private school tuition, therapy, and other education expenses. Over the years, state lawmakers have broadened the scope of who’s eligible to include children attending failing schools, in the foster care system, from military families, in schools on tribal lands, and who have siblings involved in the state’s ESA program.

A state audit recently concluded that the state’s education department needed to improve management and oversight of the program. Between August 2015 and January 2016, the state Auditor General found, more than $102,000 in education savings account funds were either misspent or not spent at all. A separate bill would require the Arizona Department of Education to contract an independent firm to oversee and make changes to the ESA program.

The latest proposed expansion would establish an extensive voucher program similar to that of Nevada, where lawmakers created a state-run education savings account for any student regardless of income. The Nevada Supreme Court ruled in September that though the savings account approach was constitutional, its funding was not. The order prevented the program from going into place until lawmakers devise an alternative funding mechanism.

The Arizona bill is currently in the state’s Senate. According to the Arizona Republic, taxpayers could be on the hook for at least an additional $24 million each year, depending on how many people participate in the program. Still, Lesko told the newspaper on February 8 that she was confident that Gov. Doug Ducey would sign the bill if it passed through the state legislature. Ducey praised efforts to promote school choice at a rally in January but did not take a stand on the voucher bill.

Republican state Sen. Ed Emery introduced a far-reaching bill on January 25 that would open up an education savings program for all students in Missouri. The bill would create education savings accounts that are funded by tax credits from private donations. The money would then pass through education assistance programs and loaded onto eligible parents’ debit cards. The original measure was meant to focus on students with disabilities and students under state protection, but Emery offered an expanded version in committee.

When former Gov. Jay Nixon, a Democrat, was in office, he criticized voucher programs and twice blocked efforts to change Missouri’s school transfer law out of concern that public money could be used for tuition at religious private schools and virtual schools, violating the state constitution. But newly elected Republican Gov. Eric Greitens has expressed support for education savings accounts, at least for students with disabilities. He even touted Arizona’s savings account law in his State of the State speech, calling it a “success.”

With Republicans in charge of the state House for the first time in 95 years, lawmakers could have their hands full with various school choice bills. A bill that would make Kentucky the 44th state to allow public charter schools to open passed the House on Friday, despite opposition from teachers’ unions. The General Assembly could also consider establishing a tax-credit scholarship program for low-income students and students with disabilities.

Last year, state Rep. Addia Wuchner introduced a bill that would have established an education savings account program for parents of students with disabilities. She told the Courier-Journal in March 2016 that the savings account was not a voucher program and would allow “parents to use those taxpayer dollars to meet the needs of a very specific group of students.” It failed to make it past the committee level.

Even if voucher-style legislation doesn’t pass this session, Gov. Matt Bevin is a staunch supporter of expanding school choice and vouchers—both of which, he says on his campaign site, are needed to “end the monopoly that exists in Kentucky’s school system.”

On February 23, the state Senate approved a bill that would create “education freedom savings accounts” for families to use 90 percent of state per-pupil dollars toward tuition for charter, private, homeschooling, and other education expenses. The bill doesn’t explicitly cap income for eligibility, and the state’s Department of Education would have to approve each school. A separate House bill would create a savings account for students with disabilities.

With the House, Senate, and the governorship all under Republican control, school choice expansion appears to be a possibility. Republican Gov. Chris Sununu, who supported DeVos during her confirmation, has espoused parental choice but hasn’t spoken publicly about the savings account bill. “Whether they opt for charter schools, traditional public schools, home schools, or private schools, government should not create barriers to their options,” Sununu wrote in an op-ed in the New Hampshire Union Leader last January.

In January, lawmakers briefly feuded over a voucher provision that was slipped into a bill meant to expand the state’s preschool program; a clause in the bill would make families in the program eligible to obtain a voucher through the state’s Choice Scholarship program to attend private school in kindergarten and beyond. Legislators reportedly had discussed a similar provision when the preschool pilot program was first approved in 2014, but it failed to make it into the final law. A Senate version of the preschool expansion bill, which would allow students in all counties to participate in the state’s program, does not include the voucher provision.

The bill passed the House on February 7 and is in the Senate Committee on Education and Career Development. (The state Senate approved its version of the bill on March 1.) Separately, a bill introduced in the Senate in January would establish a scholarship fund for students with disabilities.

In late January, state Sen. Larry Taylor introduced a bill that would create two programs: one that would allow any student to receive state money in an education savings account to subsidize the cost of private or homeschooling, and another that would create tax-credit-funded scholarships to pay private school tuition, reviving a proposal contested during the 2015 legislative session, when it passed in the state Senate but got stuck in the House.

The effort hit a wall on February 28, when the newly named House Public Education chair, Republican Dan Huberty, told the Texas Tribune that such a bill would be dead this legislative session. Two days after Huberty’s remarks, school choice activists called on the state GOP to censure him, noting that his views differ from that of the party’s leadership. Given that Lt. Gov. Dan Patrick went so far as to add it to his legislative priorities for the 2017 cycle, it’s unlikely he’ll relent if the bill falters. At a Dallas Regional Chamber luncheon last October, Patrick pledged to “fight for school choice session after session after session.”