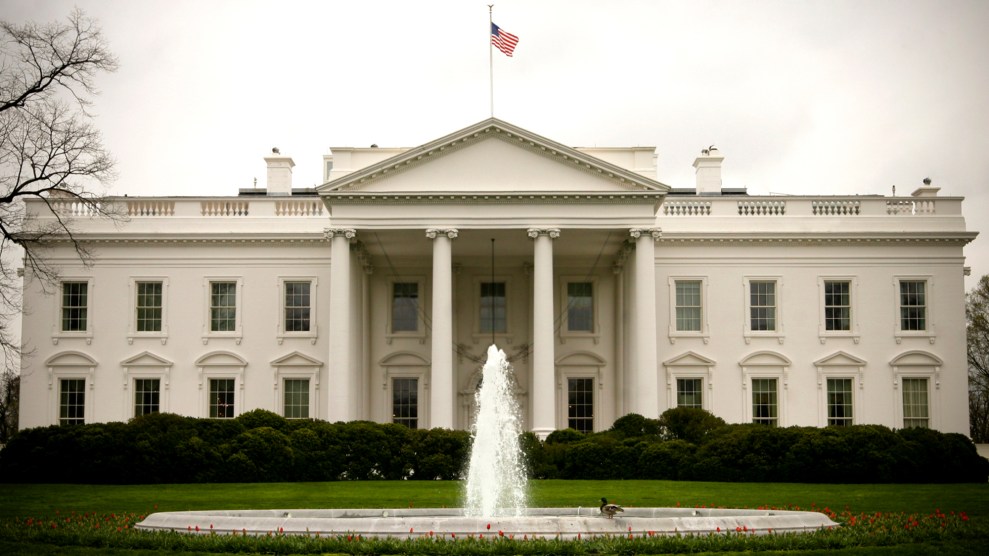 A source with knowledge of the information tells Mother Jones that two Secret Service agents who were assigned to protect Donald Trump III, President Donald Trump’s grandson, took selfies with the eight-year-old while he was sleeping. The incident is now under investigation.

The source was clear that the agents were not under investigation for criminal behavior; rather, this investigation is about the agents abandoning their post while charged with protecting the grandson of the president.

The incident took place last weekend when the two agents, who were assigned to protect Trump III, were driving him from Westchester County, New York, where the Trump family has an estate, to Manhattan. Trump III was sleeping in the car when the agents began to take selfies with him while he was still asleep. Trump III woke up and, as the source framed it, “freaked out.” Upon return to Manhattan, he shared the experience with his mother, Vanessa Trump, who relayed her concerns to his father, Donald Trump Jr. The issue was quickly escalated to top management of the Secret Service. The two agents were ordered to report to the Secret Service Office of Professional Responsibility in Washington, DC.

In a statement, a spokesman for the Secret Service confirmed that an investigation was underway.

“The US Secret Service is aware of a matter involving two of our agents and one of our protectees,” he said. “Our Office of Professional Responsibility will always thoroughly review a matter to determine the facts and to ensure proper, long-standing protocols and procedures are followed. The Secret Service would caution individuals to not jump to conclusions that may grossly mischaracterize the matter.”

This revelation comes at a time when the Secret Service is doing damage control after an intruder was able to penetrate the outer perimeter of the White House grounds and get close to the entrance of the north portico of the White House. According to two sources, President Trump has had a good relationship with his detail, and this is seen as an isolated incident that is not symptomatic of issues with his or his family’s protective detail.