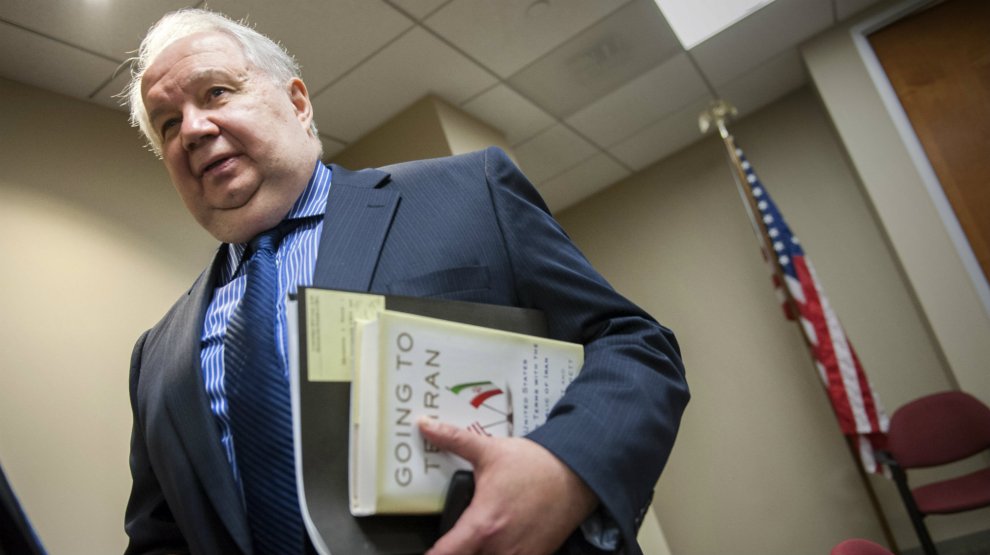 Wait, where have I heard the name Sergey Kislyak before?

Sergey Kislyak is Russia’s ambassador to the United States, who has served as a key link between his country and Donald Trump’s camp. Conversations with Kislyak have ensnared two Trump appointees—former National Security Adviser Michael Flynn and Attorney General Jeff Sessions—in scandal. Flynn resigned after it came to light he lied about having discussed US sanctions against Russia with the ambassador before Trump took office. Their conversations took place as the Obama administration decided to impose new sanctions as a result of the country’s interference in the 2016 elections. Now Sessions, too, is caught up with Kislyak. At his confirmation hearing, Session claimed he “did not have communications with the Russians” during Trump’s campaign, but on Thursday, the Washington Post reported that he actually met with Kislyak twice. Democrats called for the attorney general to resign, and several congressional republicans said he should recuse himself from any investigation into improper contact between Russia and the Trump campaign. Sessions called a press conference late on Thursday to announce he would step back from any relevant investigations.

So who is Kislyak anyway?

For the last nine years, Kislyak has served as Russia’s ambassador to the United States, an unusually long stint, according to CNN. Before becoming an ambassador, he served as Russia’s deputy minister of foreign affairs, where he helped negotiate international arms control agreements. Kislyak  reportedly first joined the Soviet Foreign Ministry in 1977 after graduating from the Moscow Engineering Physics Institute.

I heard something about Kislyak being a Russian spy. Is that true?

Maybe? According to CNN, Kislyak has been described by current and former US intelligence officials as a top spy and spy recruiter. A Russian government spokesperson dismissed the allegations, describing them as “depersonalized assumptions of the media that are constantly trying to blow this situation out of proportion.”

What does Kislyak think about the United States?

Back in October, Kislyak told the Detroit Economic Club that Russia had “become collateral damage in the fight between the two parties here.” The next month he said the two countries were “living through the worst time in our relationship,” a curious claim considering mutually assured destruction doesn’t seem to be on the table. Here’s an interesting tidbit from a State Department cable released by WikiLeaks: After meetings with a handful of Russian officials in 2007, including Kislyak, an Israeli official came away with the view that “Russia hates the U.S., wants to become an empire again, and feels empowered because of its oil.” The Israeli reported that the Russians he met with “see cooperation with the U.S. as endangering their own strategic interests.”