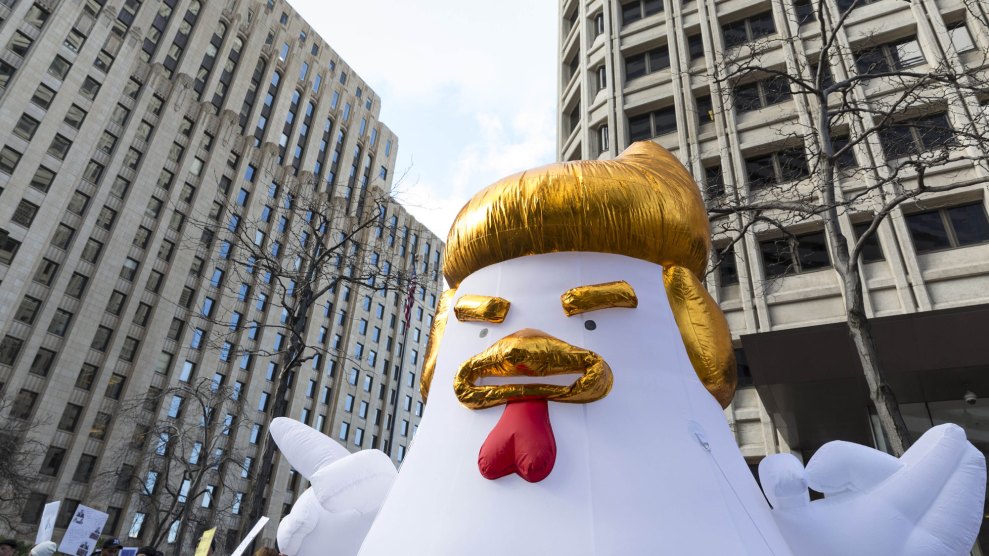 Unless you filed for an extension, your federal tax returns are due Tuesday night before midnight. Traditionally, it’s around this time that presidents make their own tax returns public as well—in part because presidents have a vested interest in maximizing federal revenue by encouraging people to file their taxes. On April 15, 2016, for example, President Barack Obama posted his 1040 on WhiteHouse.gov, revealing that he and Michelle Obama had earned $436,065 the previous year and had paid $81,472 in taxes. We also learned that they gave $64,066 to various charities, including Habitat for Humanity, the Beau Biden Foundation, and Mujeres Latinas en Accion.

President Donald Trump, however, appears set to end this tradition. He refused to produce his tax returns during the presidential campaign, claiming that he couldn’t do so because he was under IRS audit. Trump has never produced a letter from the IRS that would confirm the audit. It wouldn’t matter anyway—an audit doesn’t preclude anyone from releasing their tax returns. Press secretary Sean Spicer told reporters at a briefing on Monday that Trump was already under audit for 2016. Fun fact: Presidents are audited by the IRS each year; it’s the law.

Maybe there’s another way, though. Lawmakers in more than two dozen states—mostly Democrats, but a few Republicans—have introduced bills intended to compel Trump to do what mass demonstrations and public shaming have thus far failed to accomplish. As written, the bills would require all candidates for president to release income tax returns in order to appear on that state’s ballot. New Jersey’s bill passed both houses of the state Legislature last month, although Republican Gov. Chris Christie is unlikely to sign it into law. The effort bears some similarity to a push by conservative lawmakers ahead of the 2012 election to force Obama to release his long-form birth certificate in order to appear on the ballot. (Obama had already taken the unusual step of releasing his short-form birth certificate, but many conservatives, including Trump, continued to insist that he may not have been born in the United States and might not, therefore, have been a legitimately elected president.)

All well and good—but would a tax return requirement be constitutional? A trio of experts—Harvard law professor Laurence Tribe; Norm Eisen, chairman of Citizens for Responsibility and Ethics in Washington; and Richard Painter, the former ethics chief in George W. Bush’s White House and a CREW vice chair—penned an op-ed for CNN asserting that these bills would be legal. Although courts have held that states cannot add additional “qualifications” to races for federal office—for instance, a state can not impose its own term limits for senators—they do grant states some latitude in deciding which candidates’ names are printed on the ballot.

Unlike prohibited qualifications, these laws do not impose substantive requirements on candidates beyond those imposed by the Constitution itself; that is, these laws do not limit which candidates may run for office based on any particular information in their tax return. Thus, they do not create an insurmountable barrier in advance to any set of individuals otherwise qualified under Article II of our Constitution. Instead, these laws require federally qualified candidates to comply with a relatively minor process of tax disclosure.

In other words, mandating tax returns might be fine; any conditions about what those tax returns actually say would be too onerous.

But the constitutional question is hardly settled. Pepperdine University law professor Derek Muller wrote in the New York Times that such measures were “probably unconstitutional,” arguing that “the Supreme Court has repeatedly held that states can’t use the ballot as a political weapon.” And in some cases, as with the previous demands for a birth certificate, legislators aren’t even hiding their intentions. New York’s version of the tax-returns requirement is called the Tax Returns Uniformly Made Public Act—or TRUMP Act, for short.