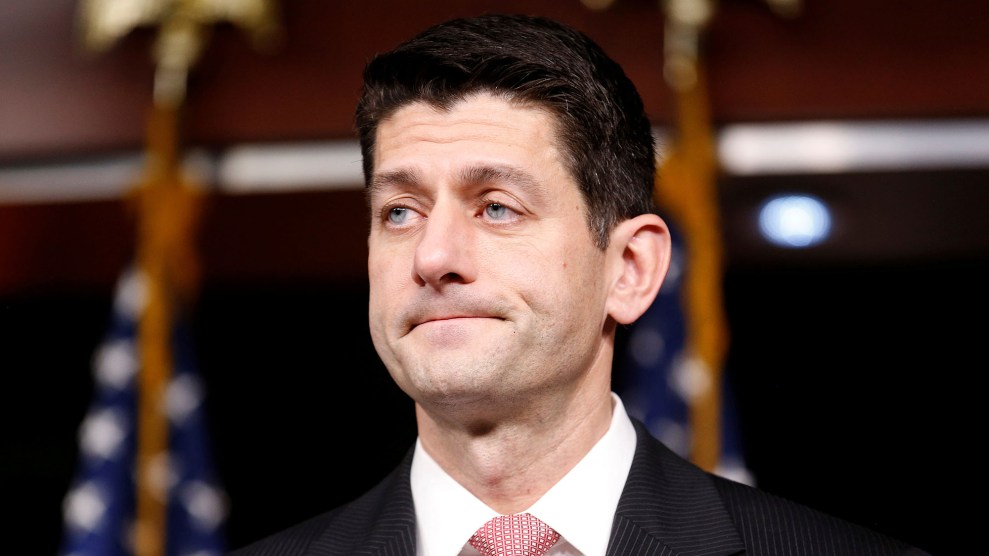 Both Republicans and Democrats are largely content to maintain current funding levels by passing a continuing resolution rather than hashing out an entirely new budget. (The budget Trump introduced earlier this year calls for massive cuts across nearly every part of the federal government except the military.) But there are a few policy differences that could muck things up and send federal employees packing next week. And Republicans can’t count on getting enough votes from their own caucus to pass a spending bill, since Senate Democrats can filibuster any measure they find objectionable.

Here are the issues that could prevent a deal:

Trump might have promised throughout the campaign that Mexico was going to pay for a border wall, but everyone in Washington knows that if Trump is actually going to begin construction on the wall, he’ll need Congress to appropriate the funds. So far, that’s a nonstarter among Democrats.

Last week this looked like it could be the disagreement that would break the government. But on Tuesday, Republicans handed Democrats a funding plan offer that doesn’t include the wall.

Still, Trump could insist on getting at least a partial victory on the wall. On Tuesday morning, he took to his favorite medium to reiterate his plans:

Don’t let the fake media tell you that I have changed my position on the WALL. It will get built and help stop drugs, human trafficking etc.

Despite Trump’s goal of seeing the Affordable Care Act repealed during the first 100 days of his presidency, Republicans haven’t settled on a repeal bill that can clear the House, let alone the Senate. But as Mother Jones explained last week, Trump has a backup option that he could pull out if he truly wants to send the ACA marketplaces into a death spiral. The White House doesn’t need congressional approval to end funding for a provision of the law that forces insurance companies to offer lower deductibles, copayments, and other out-of-pocket expenses to low-income families. Cutting off those funds would cause premiums to spike and more insurers to leave the marketplaces.

Earlier this month, Trump threatened to do just that in order to get Democrats to help Republicans repeal Obamacare. Trump’s famed negotiating skills backfired this time, and some Democrats now say they’re willing to block the spending bill and shut down the government if these funds aren’t included (though the message hasn’t exactly been unified among Democratic leaders). Unfortunately for Trump, it sounds as if House Republicans might agree with the Democrats. “I don’t think anybody wants to disrupt the markets more than they already are,” Rep. Tom Cole (R-Okla.), who chairs a House subcommittee on health care, told the New York Times earlier this month, saying he supports the funds.

It’s the least likely of these three issues to prompt a shutdown, but Democrats and Republicans are still hashing out the details of defense spending levels. Trump asked for a ton of extra money—a $54 billion increase—for the Pentagon budget. Democrats are fine with a more modest defense spending hike, but only if it’s paired with extra spending for domestic programs, as has been the case in the past few budget deals. On Tuesday, Senate Minority Leader Chuck Schumer warned that his party wants to maintain that same ratio for the current deal.