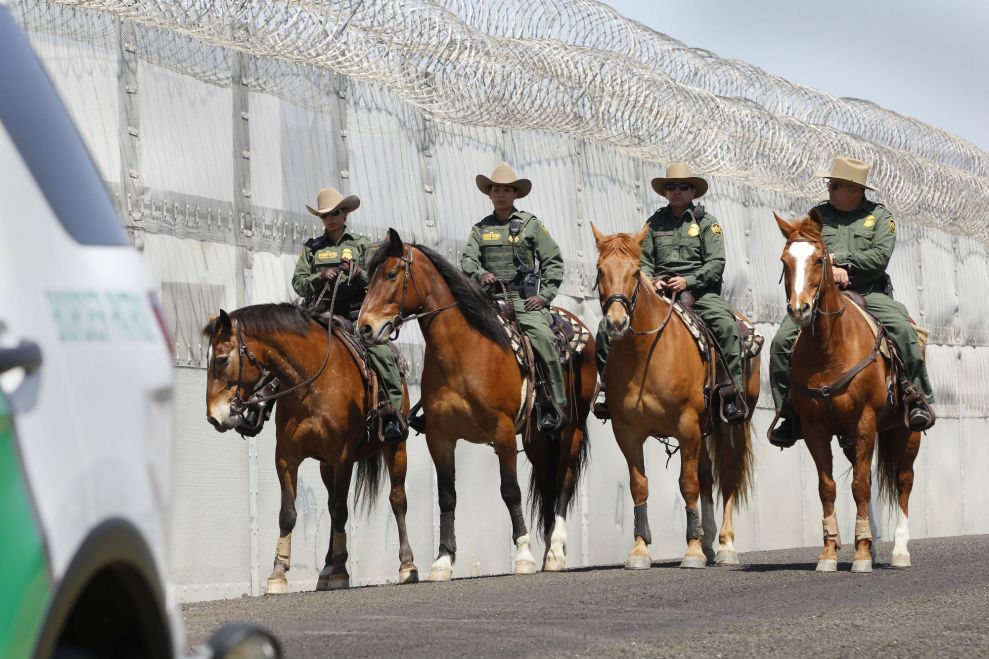 After several months of speculation, the Department of Homeland Security announced Tuesday that Julie Kirchner, the former executive director of the hardline anti-immigrant group Federation for American Immigration Reform, will take a top spot at US Citizenship and Immigration Services. Kirchner’s appointment as ombudsman at USCIS—which processes visa and naturalization petitions, as well as asylum and refugee applications—is yet another move signaling that the Trump administration won’t be relaxing its crackdown on immigrants anytime soon.

In August 2015, Kirchner left FAIR, which the Southern Poverty Law Center has classified as a “hate group,” to work as an immigration adviser on the Trump campaign. She later served “a temporary political appointment” at Customs and Border Protection shortly after the election. Since then, the White House has rolled out its “Muslim ban,” requested bids for the border wall with Mexico, and clamped down on immigration of all kinds.

According to the DHS press release, as ombudsman Kirchner will be responsible for “improving the quality of citizenship and immigration services” and “making recommendations to improve the administration of immigration benefits.” The release states that “the Ombudsman is an impartial and confidential resource that is independent of USCIS.” As I reported in February when rumors circulated that Kirchner would be appointed as chief of staff of Customs and Border Protection (CBP), she has a long history of promoting an anti-immigrant agenda:

Like Trump, Kirchner has characterized immigrants and refugees as dangerous and costly. Last September, Breitbart published parts of a statement written by Kirchner, who was then working as an adviser to the Trump campaign. “Before President Obama’s failed presidency comes to an end, he is trying to force Americans to accept 30 percent more refugees—providing ISIS a path for their terrorists to enter the country,” she claimed. “In recent years, hundreds of foreign born terrorists have been apprehended in the United States alone.” She also wrote that “instead of providing free healthcare to millions of refugees, we must focus on rebuilding our inner cities and bringing jobs back to America.”

Kirchner joined FAIR in 2005 as its director of government relations. In 2007, she became the organization’s executive director. During her tenure, FAIR launched an initiative to end the 14th Amendment’s birthright citizenship provision, which grants citizenship to all children born on American soil, regardless of whether their parents are legal residents. In 2010, FAIR’s legal arm, the Immigration Reform Law Institute, had a hand in crafting Arizona Senate Bill 1070, which required police to detain individuals suspected of being illegal immigrants and made it a misdemeanor for immigrants not to carry their immigration papers. (The Supreme Court subsequently found most of SB 1070’s provisions unconstitutional.)

Kirchner is one of several anti-immigrant hardliners to join the administration since the election. John Feere, formerly of the Center for Immigration Studies, now works for Immigration and Customs Enforcement. Stephen Miller, who worked to defeat immigration reform as a Senate staffer to current Attorney General Jeff Sessions, is now a White House senior adviser. And former Breitbart reporter Julia Hahn—whom Weekly Standard editor-at-large William Kristol called “Bannon’s Bannon”—is now a special assistant to the president.