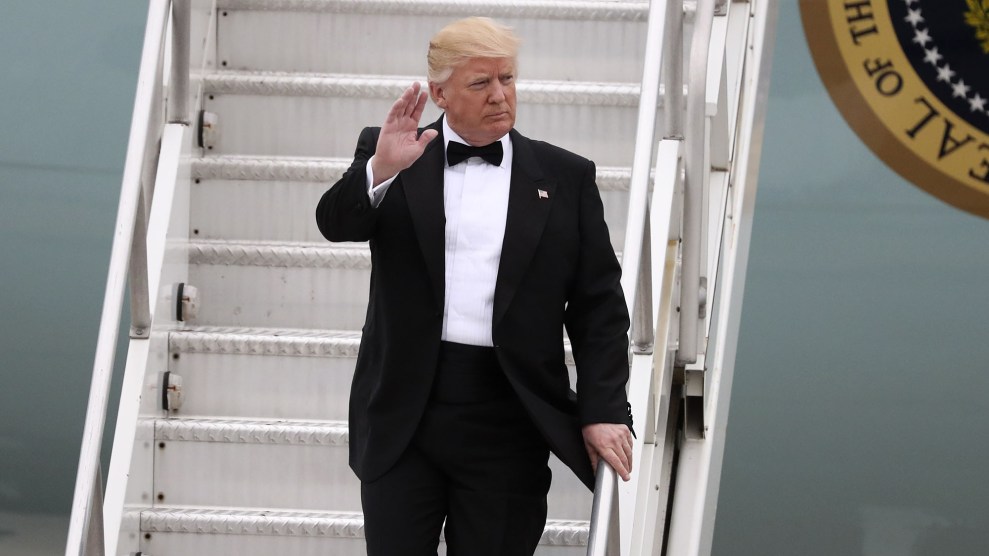 When President Donald Trump released his first full budget Tuesday, he directly contradicted one of his most explicit promises from the presidential campaign. “I’m not going to cut Medicare or Medicaid,” Trump unequivocally promised back in 2015.

Trump’s 2018 budget, if approved by Congress, would do just that. It calls for more than $1.4 trillion in cuts to Medicaid—the federal program that provides health insurance to low-income Americans—spread out over the next decade. Rather than simply adopting the Medicaid cuts that House Republicans passed earlier this month as part of their bill repealing of Obamacare, the president’s budget actually goes even further.

It’s hard to overstate how dramatic these Medicaid cuts would be. The House bill not only rolls back Obamacare’s expansion of Medicaid, it also imposes a cap on how much money the federal government sends to state governments. The Congressional Budget Office expects that Medicaid spending would drop by $880 billion over the next 10 years under the GOP’s plan, compared with current law. The cuts compound over time. By 2026, yearly Medicaid spending would have dropped by 25 percent, with 14 million fewer people enrolled in the government insurance program.

But Trump’s budget doesn’t end there. It calls for an additional $610 billion drop in Medicaid funding over the next decade. How, exactly, it achieves that isn’t entirely spelled out, but the budget outline emphasizes spending caps and block grants that would lower the amount of Medicaid dollars that the federal government gives to states. If both the House’s Obamacare repeal and Trump’s budget were put into effect, in 2027 federal Medicaid spending would be nearly 50 percent lower than it would be under current law.

Trump’s embrace of Medicaid reductions could put a group of Republican senators in a tricky position. Before their colleagues in the House had even unveiled their plan to dismantle the Affordable Care Act, four senators wrote a letter to their House counterparts warning them against dramatic cuts to Medicaid funding. Those four senators—Rob Portman (R-Ohio), Shelley Moore Capito (R-W.Va), Cory Gardner (R-Colo.), and Lisa Murkowski (R-Alaska)—have good reason to be wary. All four represent states that adopted Obamacare’s Medicaid expansion, which offers insurance for people earning up to 138 percent of the federal poverty level. So far 19 states have resisted taking federal funds for the program, but it’s popular with the public, and politicians might face a backlash if they suddenly take those benefits away from their constituents.

“I am seriously interested in reforms to Medicaid and better ways to make the money go further, but I’ve seen a lot of benefits to the Medicaid expansion in our state, particularly in the mental health and opioid and drug abuse areas,” Capito said earlier this month after the House bill passed.