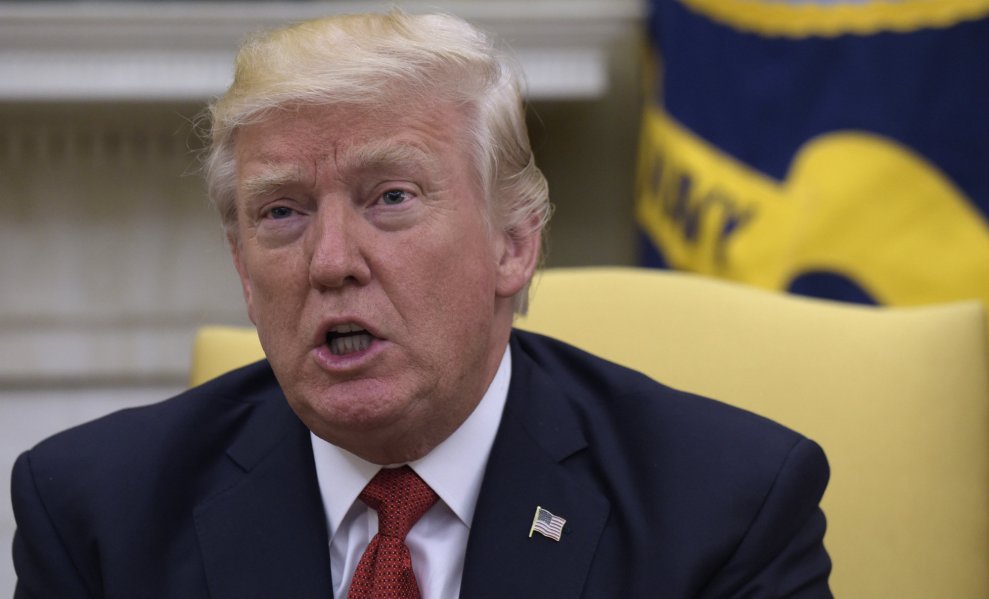 What a week for investigative journalism. Since President Donald Trump fired FBI Director James Comey, the intrigue around possible collusion between the Trump campaign and Russia has swelled, culminating in the appointment of a special counsel to investigate the matter. But it’s a series of bombshell scoops that have made the biggest splash day after day—exposing details of former National Security Adviser Michael Flynn’s shady connections with Turkey, Trump’s possible interference into the FBI’s investigation of the 2016 campaign, the president’s suggestion that the FBI throw journalists in jail, and a whole lot more.

Trump has not been happy about this. “Look at the way I’ve been treated lately—especially by the media,” the president said Wednesday. “No politician in history—and I say this with great surety—has been treated worse or more unfairly.” And of course, in typical Trump fashion, he’s been tweeting about it, too.

This is the single greatest witch hunt of a politician in American history!

I have been asking Director Comey & others, from the beginning of my administration, to find the LEAKERS in the intelligence community…..

Here’s an overview of some of the great journalism that’s been getting under Trump’s skin this week:

“Trump Revealed Highly Classified Information to Russian Foreign Minister and Ambassador”
The Washington Post dropped the first bomb with a report that the president shared highly classified information with the Russian foreign minister and ambassador, a move intelligence experts worry will discourage a key ally from sharing more information with the United States. The ally in question—later revealed, in another scoop, to be Israel—has insight into the inner workings of the Islamic State and did not give the United States permission to share the information. Trump “revealed more information to the Russian ambassador than we have shared with our own allies,” a US official with knowledge of the matter told the Post.

“Comey Memo Says Trump Asked Him to End Flynn Investigation” “I hope you can let this go,” Trump told Comey in an effort to get him to drop the investigation into Flynn. That’s according to a New York Times report based on a memo Comey wrote shortly after that meeting in February. An associate of the former FBI director also said Trump told Comey he should consider putting reporters in prison for publishing classified information.

“Trump Team Knew Flynn Was Under Investigation Before He Came to White House”
Flynn secretly worked as lobbyist for the Turkish government during the Trump campaign and was under investigation by the Department of Justice. This week, the New York Times reported that the Trump team actually knew this before Flynn started working in the White House and offered him the job of national security adviser anyway.

“Flynn Stopped Military Plan Turkey Opposed—After Being Paid as Its Agent”
After being paid more than $500,000 to represent the interests of Turkey, Flynn moved to halt a military operation opposed by Turkey, according to McClatchy. The Obama administration’s plan to retake the Islamic State’s de-facto capital of Raqqa had been in the works for seven months and involved action strongly opposed by Turkey: cooperating with and arming Kurdish forces, who are considered one of the United States’ most effective allies in combating ISIS.

“As Investigators Circled Flynn, He Got a Message From Trump: Stay Strong”
On the same day in April that House Oversight Committee leaders announced that Flynn may have broken the law for not disclosing a $34,000 payment from RT, a television network intelligence officials describe as a Russian propaganda outlet, Trump sent the former national security adviser a message to “stay strong,” according to Yahoo News. The continued contact between the two men after Flynn was fired raises additional concerns about the president’s reported request to Comey to drop the FBI’s investigation into Flynn.

“Trump Campaign Had At Least 18 Undisclosed Contacts With Russians”
During the last seven months of the 2016 campaign, Trump’s team had at least 18 contacts with Russia officials and other people with ties to the Kremlin that were not previously disclosed, according to Reuters. Those contacts are being reviewed by the FBI and congressional probes into whether Trump’s team colluded with Russia. Reuters’ sources say the communications reviewed so far don’t show any evidence of wrongdoing. Six of the 18 contacts involved Russia ambassador Sergey Kislyak and Trump advisers, including Flynn.

House Majority Leader to Colleagues in 2016: ‘I Think Putin Pays’ Trump”
House Majority Leader Kevin McCarthy (R-Calif.) told top Republicans that he believed Russian President Vladimir Putin “pays” Trump, in a private conversation last year, according to the Washington Post. House Speaker Paul Ryan (R-Wis.) then jumped in to end that discussion and urge the group to keep it private, as captured in a recording of the conversation verified by the paper. “No leaks, alright?” Ryan said. “This is how we know we’re a real family here.” A spokesman for Ryan first claimed the exchange never took place and then called it “an attempt at humor.”

“Russia Probe Reaches Current White House Official, People Familiar With the Case Say”
To cap off the week, the New York Times and Washington Post dropped two Friday-afternoon bombshells. The Post reported that the law enforcement investigation into Russian interference in the 2016 election has now identified a current senior White House official as a person of interest. The report does not name the official but says it is someone close to the president.

“Trump Told Russians That Firing ‘Nut Job’ Comey Eased Pressure From Investigation”
And at virtually the same time, the Times dropped another juicy inside account of a White House meeting. Speaking to the Russian ambassador and foreign minister shortly after firing Comey, Trump reportedly said, “I just fired the head of the FBI. He was crazy, a real nut job. I faced great pressure because of Russia. That’s taken off.” Not if journalists have anything to say about it.