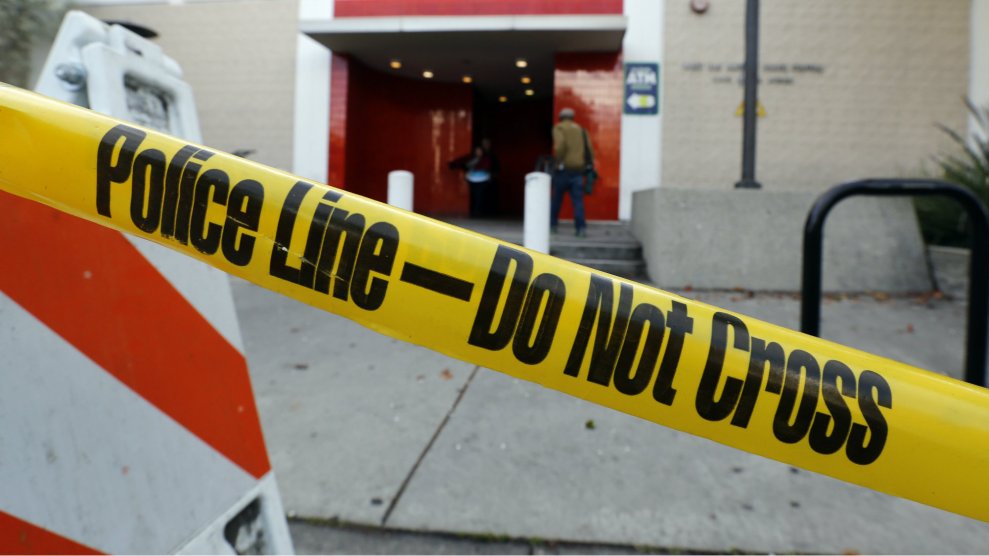 In racially segregated Madison County, Mississippi, black residents live in fear of the police. According to a federal lawsuit filed Monday by the American Civil Liberties Union of Mississippi, the Madison County Sheriff’s Department has been using illegal tactics and subjecting people who live in majority-black towns to unreasonable searches of their bodies, their homes, and their cars. The purpose of these stops, the ACLU alleges, is to generate revenue by collecting unpaid fees and fines from those who are detained.

“There is a decades-old policy of methodically and systematically targeting black people with Fourth Amendment violations that are unheard of in white communities and in most of the United States,” says Paloma Wu, the legal director of the ACLU of Mississippi.

According to the lawsuit, roadblocks are one of the main tactics used by the MCSD. Deputies allegedly set up checkpoints in black neighborhoods and towns, near places of employment, and near black-owned businesses. The department’s written roadblock policy is short, vague, and does not include any restrictions on how and when deputies may use them, according to the ACLU.

The MCSD did not respond to requests for comment.

“There are a lot of warrantless invasions of black people’s houses and lots of excessive force, which is just a fancy way of saying they physically hurt people.”

The use of systematic arrests to generate revenue wouldn’t be unique to Mississippi. The US Department of Justice’s report on Ferguson, Missouri—published after a police officer shot and killed 18-year-old Michael Brown in 2014—found that the city’s police force was using a similar strategy. The protests in Ferguson catalyzed a wave of police reform efforts during the Obama administration, but the Mississippi case comes at a time when civil rights advocates are worried that President Donald Trump and Attorney General Jeff Sessions will undo much of that progress.

Madison County is the wealthiest county in Mississippi. Of its 105,000 residents, 58 percent are white and 38 percent are black. Most of the wealth is concentrated in white areas. The plaintiffs, 10 black people who all reside in the county, allege that white residents are not subject to the same policing strategies. According to the suit, between May and September 2016, 81 percent of roadblock arrests and 82 percent of pedestrian arrests were of black individuals.

According to the complaint, MCSD has conducted thousands of unreasonable searches of black residents of the county. As a result of these traumatic experiences, many black residents experience fear and anxiety over the simple act of leaving their homes or driving their cars. The Madison County Sheriff Department’s policing tactics impact “virtually every aspect of Black residents’ lives,” says the complaint, adding that “the very real possibility of unlawful and humiliating searches and seizures, as well as the attendant prospect of arrest and jail time for unpaid fines and fees” looms over their heads.

The suit alleges that Marvin McField, one of the plaintiffs, has been stopped multiple times at different roadblocks in the past few years. The 37-year-old has lived in predominantly black Flora, Mississippi, his entire life and uses a pacemaker because he suffers from a serious heart condition.

At one such roadblock several years ago, according to the complaint, McField was ordered to exit his vehicle, after which deputies handcuffed and searched him and then threw him onto the hood of the car. The deputies then allegedly left him in the back of a patrol car with the windows rolled up on a hot summer day for approximately 15 to 20 minutes. The deputies drove off with him in custody but stopped a few minutes later and beat him in the chest until McField told them he could not breathe, according to the suit.

Next, deputies took McField to the Madison County Detention Center, “where the deputies beat him again—this time hitting him in the head instead of in his chest,” the complaint says. He was held in jail for more than two weeks without being charged with a crime, a clear violation of the right to due process, according to the suit. He was also not permitted to make any phone calls. After 19 days, McField was brought before a judge—without a lawyer. The judge, who is unnamed in the suit, simply told him that he had served his time and was free to go, according to the complaint.

In addition to stopping residents in their cars, the complaint alleges that deputies also stop and search pedestrians walking past the designated checkpoints. In January 2017, plaintiff Steven Smith was walking into the affordable housing complex where he lives. Deputies searched him, even though there was no probable cause, the suit states.

After deputies ran Smith’s identification, they discovered he had unpaid fines and court fees. He couldn’t afford to pay the overdue money and was jailed for 29 days. 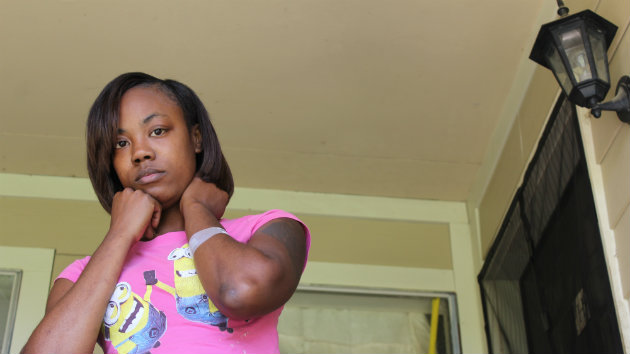 Quinnetta Manning, one of the plaintiffs in the lawsuit against the Madison County Sheriff’s Department ACLU of Mississippi

The searches allegedly extend to residents’ private homes, as well. “There are a lot of warrantless invasions of black people’s houses and lots of excessive force, which is just a fancy way of saying they physically hurt people,” says Wu. In June 2016, Khadafy and Quinnetta Manning were at home when six deputies began banging on their door. When Quinnetta Manning opened the door, the suit alleges, the deputies pushed past her and began demanding that she sign a false witness statement implicating her neighbor’s boyfriend in a burglary. She told the deputies that she had not witnessed a burglary.

Khadafy Manning, who is disabled and walks with a cane, had just woken up and was not dressed. When he told deputies that his wife didn’t have to provide a statement, a deputy handcuffed him, swore at him, and began choking him, according to the complaint. The deputies allegedly threatened to arrest the Mannings if they didn’t comply. According to the suit, Quinnetta Manning agreed to write the statement out of fear, but deputies dragged Khadafy Manning out the door anyway. The deputies placed him in a car and began to beat him inside the vehicle, according to the complaint. “Mr. Manning was humiliated that his neighbors saw him being forcibly taken out of his family’s home while wearing only his underwear,” the suit says. The couple ended up writing false witness statements, according to the suit.

After the incident, Khadafy Manning sought legal remedies for the physical and emotional pain that he and his family suffered. Several months later in, February 2017, a deputy handcuffed Khadafy Manning and searched his car after telling him that he knew Manning had been “having people come around here asking questions,” the complaint alleges.

Update, May 11, 2017: Madison County Sheriff Randy Tucker has now released a statement in response to the lawsuit. “I recently received and now have reviewed in great detail a suit that has been filed against the Madison County Sheriff’s Department by the ACLU. Our deputies are professional law enforcement officials who enforce Mississippi laws. If a law is broken, appropriate action is taken regardless of the race of the one breaking said law,” he said. “As always, we have fairly and diligently executed the duties for which we are required. We are going to vigorously defend the Madison County Sheriff’s Department on every aspect of ACLU’s lawsuit.”