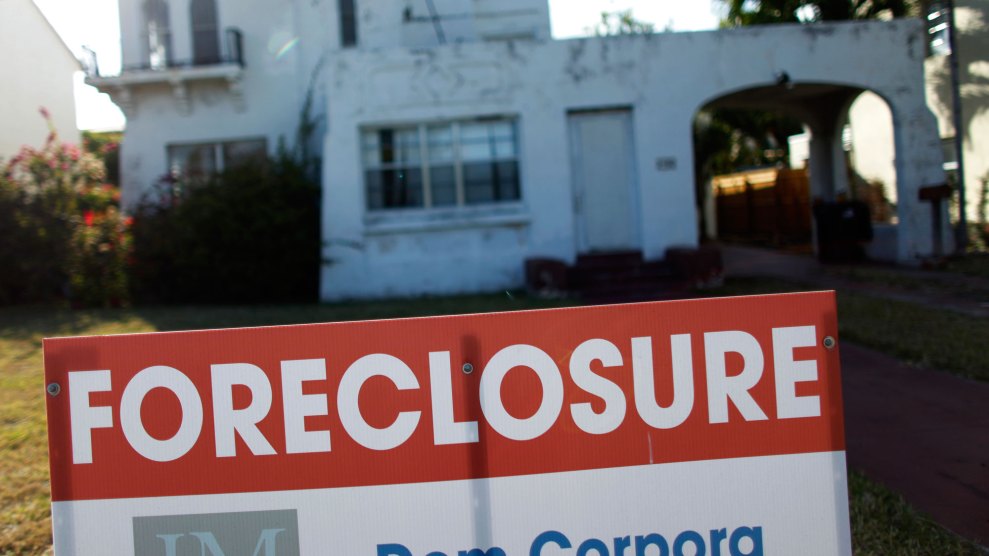 In a significant civil rights case, the Supreme Court today issued a blow to banking giants Bank of America and Wells Fargo. The court allowed the city of Miami to proceed with lawsuits it filed in 2013 against the banks for allegedly targeting minorities with predatory loans that contributed to the city’s ongoing foreclosure crisis, potentially exposing the banks to millions in damages. Chief Justice John Roberts Jr. provided the surprise swing vote in the 5-3 decision. (Newbie Justice Neil Gorsuch did not participate in this case.)

“In arriving at its decision, the Court today properly respected its own precedents, as well as Congress’ ratification of those precedents,” said Brianne Gorod, chief counsel for the liberal Constitutional Accountability Center, which filed an amicus brief on the side of the city. “Perhaps the most unexpected aspect was the vote of Chief Justice John Roberts,” she noted. “While he clearly remains a conservative Justice, today’s ruling is yet another reminder that he is a conservative who occasionally surprises.”

In its lawsuits, the city argued that between 2004 and 2012, Wells Fargo and Bank of America pushed risky and more expensive loans on minority customers, even when they were eligible for better terms, which led to extensive loan defaults and foreclosures that left the city with diminished tax revenues and huge bills for cleaning up the mess left behind in blighted neighborhoods. The court needed to determine whether Congress had intended the Fair Housing Act to allow municipalities, or only individuals, to sue in order to combat lending discrimination.

The banks counter that the law, which says “any aggrieved person” can sue for violations under the statute, couldn’t possibly have intended that a city would fall into the category of an “aggrieved person.” But the Supreme Court, which has famously found all sorts of personhood rights for corporate entities, has said before that under this particular statute, an aggrieved person can be a village, or a nonprofit, or a municipality. Consequently, the 11th Circuit Court of Appeals sided with Miami, and the Supreme Court, relying on its earlier precedent, agreed, preserving the right of cities to sue under the FHA.

But the decision wasn’t a slam dunk for Miami. While the court ruled that the city had standing to bring the case, it also said the lower court used too liberal a standard to decide that the city could actually collect damages from the banks from the alleged harm of the discriminatory lending practices. The court sent the case back to the 11th Circuit to apply a much tougher standard for damages than the one the appellate court had approved.

That provision, which limits the scope of the decision, seems specifically tailored to win the vote of Roberts, who was the only conservative justice to side with the court’s liberals. His vote on this important civil rights case prompted University of California-Irvine law professor Rick Hasen to tweet that Roberts is “practicing” to be the court’s new swing vote in preparation for the retirement of 80-year-old Justice Anthony Kennedy, who plays that role now. The Trump administration has reportedly been working on Kennedy, whose children are friendly with Trump’s kids, to persuade him that it’s safe to retire on Trump’s watch. That would leave Roberts, a Reagan conservative, holding the court’s center, if only because after Kennedy’s departure, he would be the only remaining conservative who still occasionally finds common ground with the court’s liberal wing.

Even under the tougher standard Roberts signed off on, advocates are convinced that Miami will be able to prevail and prove that the financial damages the city suffered were a direct result of the banks’ lending practices, which are well documented and egregious. But Justice Clarence Thomas wasn’t so sure.

In a dissent, he argued that the city should not be allowed to sue under the FHA because it didn’t suffer from direct discrimination itself, and it’s not arguing that it even represents anyone who was discriminated against. But Thomas concurred with Breyer, Roberts, and the other liberals that the city needed to prove that the harm it suffered was specifically and directly related to the banks’ conduct under a stricter standard. Given that a number of factors could have caused the wreckage Miami experienced after the housing market collapsed in 2007, Thomas was not convinced the city has any chance of making that case. “The Court of Appeals will not need to look far to discern other, independent events that might well have caused the injuries Miami alleges in these cases,” he wrote.

Whether or not Thomas proves prescient, and regardless of how the case finally works out specifically for Miami, fair housing advocates and other civil rights groups are heartened that the court has at least preserved the option for cities to sue for the foreseeable future. “With this decision, the Supreme Court has acknowledged the crucial role of municipal governments in protecting residents’ rights,” said Dennis Parker, director of the ACLU’s racial justice program. “In housing and lending as in other areas, cities can and should serve as a bulwark against discrimination.”