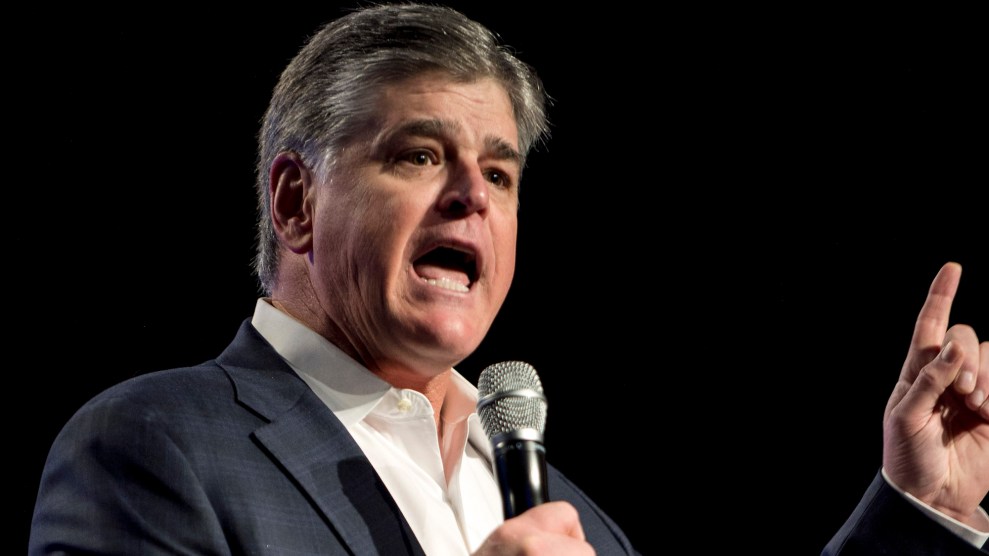 In recent weeks, President Donald Trump’s defenders have been pushing a curious new line: Even if Trump and his presidential campaign colluded with Russia’s secret operation to subvert the 2016 campaign, that would not be illegal. Fox News senior political analyst Brit Hume made this argument during a panel Sunday, saying, “Collusion, while it obviously would be alarming and highly inappropriate for the Trump campaign…it’s not a crime.” He added, “Can anyone identify the crime?”

Well, yes, somebody can. Ten lawyers queried, including academics, former prosecutors, and defense attorneys familiar with federal election and hacking laws, cite more than a dozen federal statutes that prosecutors could use to charge someone who collaborated with Russian intelligence to influence the 2016 election.

“There is a whole plethora of areas of potential criminal liability,” says Tor Ekeland, a defense attorney who has represented clients in high-profile hacking cases in federal and New York courts. “To say that there is none is just willful ignorance in the service of propaganda.”

What charges special counsel Robert Mueller might eventually level depends on specific circumstances and evidence collected. But laws against abetting or conspiring to commit computer fraud or identity theft and against soliciting campaign aid from foreign nationals offer two potential areas under which prosecutors could seek indictments, the lawyers say. Prosecutors also could use broader federal statutes related to honest services fraud, wire fraud and conspiracy to bring charges against anyone who colluded, according to the attorneys.

On Fox, Hume was not alone in questioning the criminality of collusion. Host Gregg Jarrett wrote last month that Mueller “is tasked with finding a crime that does not exist” because “colluding with Russia is not, under America’s criminal codes, a crime.” Fox’s Geraldo Rivera and Sean Hannity have made the more specific argument that a Trump campaign official would not have broken the law by asking a Russian person to release hacked emails. “Is that a crime, to say ‘release it?'” Hannity asked on his radio show Friday.

“Fuck yeah, potentially,” responds Ekeland. He notes he has defended clients prosecuted for actions comparable to those of the hypothetical Trump aide. Hacking into someone’s email is a federal felony. Encouraging that crime may constitute a conspiracy to violate federal identify theft and computer fraud laws, Ekeland says. (On July 27, at a campaign press conference, Trump essentially encouraged Russia to hack Hillary Clinton: “Russia: If you’re listening, I hope you’re able to find the 30,000 emails that are missing.”)

Renato Mariotti, who prosecuted cybercrime and financial fraud cases as an assistant US attorney in Chicago, says a person who encouraged the release of emails stolen from an American could face prosecution for aiding and abetting computer fraud.* “You have to know of the criminal activity and take affirmative steps to help it succeed,” he says.

Attorneys also say that a person who colluded with hackers should worry about being charged for wire fraud, a broad law that prohibits the use of communications technology, including the internet, with the intent to commit fraud. They also note that a colluder could face prosecution for violating copyright, trade secrets, and even espionage laws.

A law barring foreign nationals from providing assistance in US elections could also put Trump aides in legal danger. That law, strengthened in the wake of allegations that Bill Clinton’s 1996 reelection campaign benefited from Chinese support, prohibits foreigners from providing “anything of value” in connection with an election. Bob Bauer, who served as White House counsel under former President Barack Obama, wrote in a June 2 analysis that Russian actions aimed at helping elect Trump, including the hacking and release of embarrassing emails from the Clinton campaign and the Democratic National Committee, represent an overlooked illegal campaign donation. “The case is more or less hiding in plain sight,” Bauer insisted.

Under this law, US campaign officials must provide “substantial assistance” to a foreign person or entity helping their campaign in order to face criminal liability. Secret contacts aimed at securing Russian help would probably meet the standard. So might public statements like Trump’s invitation for more Russian hacking and his repeated praise of WikiLeaks, the site that disseminated the Democratic emails swiped by Russian intelligence. Bauer argued that such statements alerted Russian officials that their efforts were welcome. Those statements also made clear that Trump considered Russia’s assistance to be “of value,” said Bauer.

The attorneys point out that Fox News pundits have underestimated the power of federal prosecutors. They emphasize that federal prosecutors have substantial latitude under broadly worded federal laws to generate charges. “They’ll look at the evidence and say, ‘What statutes can we charge?’” said Mariotti. “They’re going to be looking through the federal code.”

Hume is right that there is no law specifically prohibiting “collusion.” But prosecutors can probably indict someone for conduct described as collusion under a broad federal conspiracy statute, says Ekeland. The law imposes a maximum five-year sentence on anyone who “conspires either to commit any offense against the United States, or to defraud the United States.” Prosecutors can charge a person who engages in “any act to effect the object of the conspiracy.”

Conspiracy laws offer prosecutors a widely used tool and are often faulted by civil liberties advocates because they allow prosecutors to indict people for a role in crimes they did not personally execute. But plenty of these laws do exist, and former prosecutors do not have to stretch their imaginations to consider ways Mueller and his team can possibly apply them in the Russia investigation.

“There are thousands of people in jail for colluding,” Ekeland says. “It’s another word for conspiracy.”