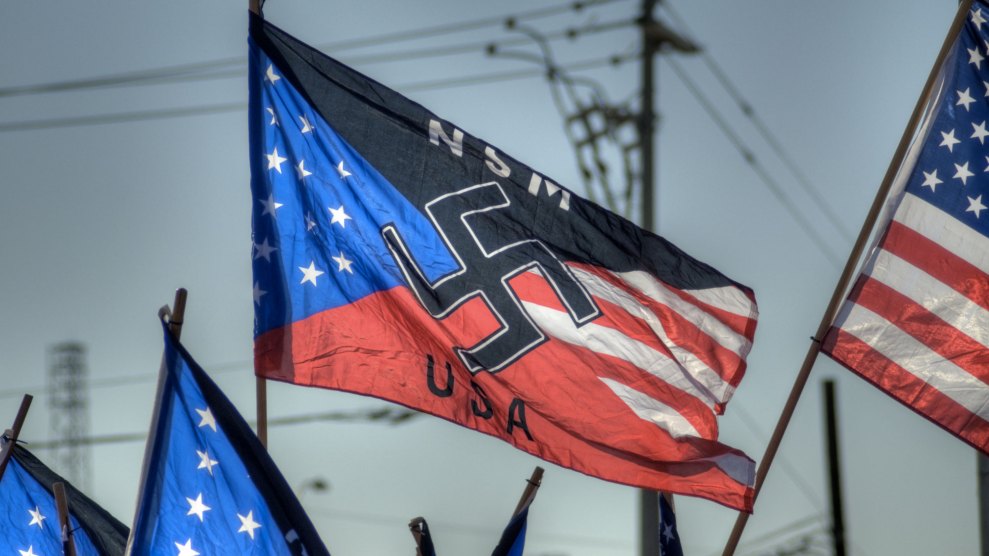 The Department of Homeland Security announced today that it is restarting a $10 million grant program for “Countering Violent Extremism” but will no longer fund Life After Hate, a group dedicated to countering neo-Nazis and white extremism.

In January, before President Barack Obama left office, DHS announced it would be giving grants to Life After Hate and 30 other anti-extremist groups and law enforcement agencies, but the Trump administration suspended them before the money had been awarded. The new list of grantees announced today by Trump’s DHS includes groups that combat Al Qaeda and ISIS and leaves out organizations primarily focused on countering white supremacists and other far-right hate groups. Perhaps this should come as no surprise because, as Reuters reported in February, Trump transition officials as far back as December were debating changing the focus and name of the program from “Countering Violent Extremism” to “Countering Islamic Extremism” or “Countering Radical Islamic Extremism.” President Trump has also made it a habit to largely ignore attacks committed by anyone who doesn’t qualify as a “radical Islamic terrorist.”

“Obviously we are disappointed in that decision,” Life After Hate co-founder and board member Tony McAlver told Mother Jones. Comprised of 50 former members of right-wing hate groups, Life After Hate has received 10 times more requests for help in the past year than in the previous five years combined, McAlver says. The organization was hoping to secure a $400,000 grant from DHS, which would have allowed Life After Hate to expand its efforts with an in-house tech team to identify and counter neo-Nazi recruitment online. “It was not to pay salaries and stuff,” McAlver says. “It was for a specific online campaign.”

McAlver was not told by DHS why it was pulling the grant, though he speculates that “they are only going to fund things targeting ISIS and Al Qaeda.” DHS did not immediately respond to a request for comment.

Excluding the Pulse nightclub shooting last year, far-right militants have killed more people in the United States than jihadis have. Between 2002 and 2016, according to New America, Islamists launched nine attacks that killed 45 people, while right-wing extremists struck 18 times, leaving 48 dead. Just this month, a white supremacist stabbed two people to death on a Portland commuter train after they tried to prevent him from attacking a group of women whom he believed to be Muslim.

“It is not something to ignore,” McAlver says. “We think the need for our services is greater than ever.”

Update: Responding to questions from Mother Jones, DHS denied that Life After Hate was excluded because of its focus on far-right extremism. “DHS used its discretion to include other factors and information when reviewing each applicant” such as whether the applicants “were viable to continue after the award period,” said DHS spokeswoman Lucy Martinez. “The program has not been altered to focus on any one type of violent extremism,” she added, maintaining that 16 projects funded by DHS “are equipped to handle all types of violent extremism, including white supremacist violent extremism.”