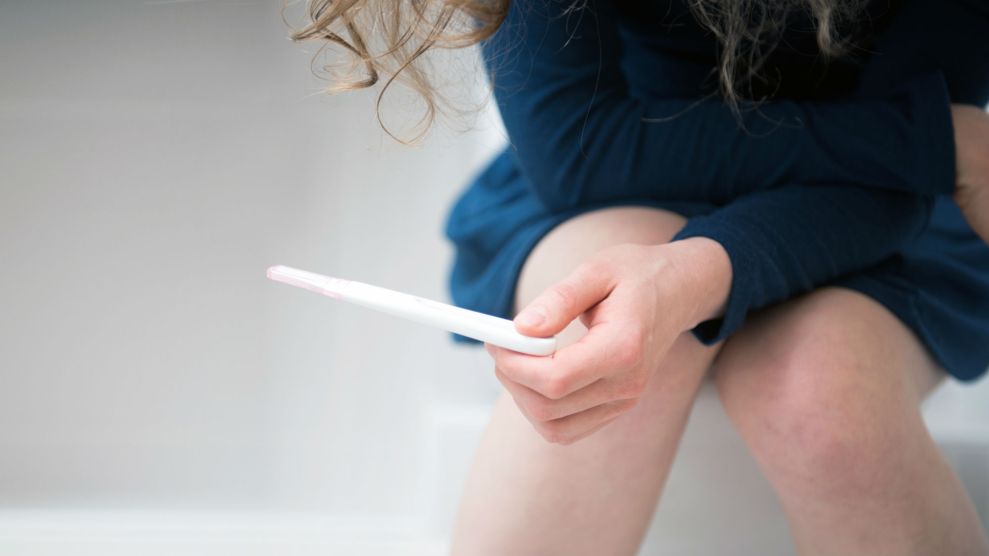 On Tuesday, the United Nations took a rare step and weighed in on a reproductive rights bill currently languishing in the New York state Senate and urged legislators to pass the legislation before the session ends tomorrow.

The bill, called the Reproductive Health Act, would remove language from New York law that makes getting an abortion after 24 weeks a criminal act—even when the pregnancy is a threat to the woman’s health or when the fetus is not viable—and another statute that criminalizes self-induced abortion. The two statutes in question, which have been on the books since before Roe v. Wade made abortion legal, make New York one of only a handful of states that explicitly make it illegal for a woman to end her own pregnancy.

The legislation, which has been introduced and defeated in several prior sessions, was approved by the state Assembly in January, but has since been stuck in the state Senate. New York’s legislative session ends June 21, meaning lawmakers have just over 24 hours to move on the law.

“Criminalizing abortion in the later term has a chilling affect on providers, because they are terrified of taking one misstep and ending up in jail,” says Farah Diaz-Tello, senior counsel for the Self-Induced Abortion Legal Team, which has been pushing for the passage of the Reproductive Health Act and sent a report to the UN on the topic. “The big picture affect is that abortion is first and foremost a crime, with exceptions.”

It’s now clear the United Nations agrees. In a letter to UN Secretary General António Guterres, several special rapporteurs from the UN’s office of the High Commissioner for Human Rights write that New York’s current law puts women’s “lives and health at risk.” “The treatment of abortion as a criminal matter often produces collateral consequences, including the imprisonment of women who have had miscarriages,” reads the letter.

“Concerns have been raised regarding the impact that criminalization of ‘self- abortion’ is likely to have on low-income women, who due to limited means and reduced access to health care are most likely to seek to terminate their own pregnancies and consequently most likely to be harmed by the current legislation. In addition, there have been situations of criminalized abortion bringing, or threatening to bring, within the remit of the penal system women who do not consent to invasive emergency medical procedures and women whose pregnancies end unintentionally, including as a result of accidents and miscarriages.

“Further concerns have been raised about the anachronistic treatment of abortion in New York law, given all abortions after 24 weeks are criminalized except for those that would threaten the life of the patient. This legal framework pre-dates and does not accord with Roe v. Wade (41 U.S. 113 [1973]), the seminal U.S. Supreme Court decision on abortion, in which it was established that any state’s abortion regulations must protect not only the life of the patient but also her health. Neither does the New York law enable the performance of later abortions in the case of severe and life-threatening foetal impairment, an additional allowance made by Roe.”