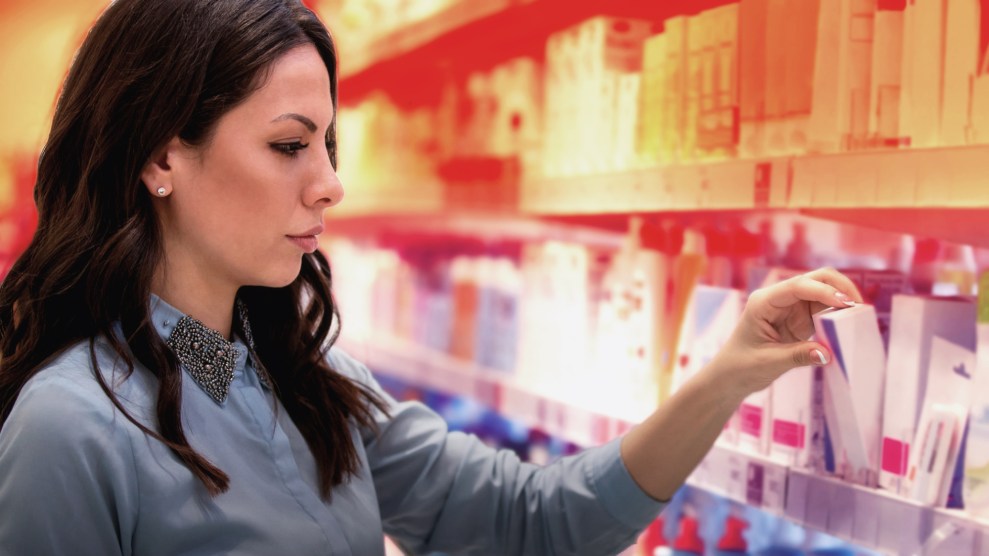 Last month, the Trump administration started considering a rule that would alter the Obama-era mandate—which requires most employers provide insurance that covers contraception—by broadening its exemptions to include not only religious employers, but just about any organization that feels contraception coverage violates “their religious beliefs and moral convictions.”

While the enactment of a rule like this would mark a dangerous setback for women’s health, the 55 million women who gained access to free contraceptives can perhaps take some solace in the fact that the battle over birth control coverage is actually moving from Washington to the states.

“We are on the cusp of seeing another push, a more aggressive push at the state level to protect affordable access to contraception,” Andrea Miller, president of the National Institute for Reproductive Health, recently told the New York Times. “Just like we saw in the late ’90s when women realized Viagra was getting coverage and birth control wasn’t.”

One particularly promising front is the coordinated drive to make birth control available over the counter. Since 2004, a coalition of reproductive rights groups has quietly been working to get the Food and Drug Administration to make it possible for a woman to pick up her birth control pills just like she would her Advil, without having seen a doctor for a prescription. The working group—which is headed by research firm Ibis Reproductive Health and includes the ACLU, as well as organizations representing women of color, and physicians and nurses associations—has spent the past decade publishing research to show that over-the-counter pills are both safe and necessary and, at times, has partnered with women’s health groups at the state level to make legislative gains. Their ultimate goal has always remained the same: to get at least one contraceptive pill approved by the FDA for over-the-counter sale, and to get insurance companies to cover its cost.

“From a purely medical standpoint the prescription requirement makes no sense,” says Dan Grossman, an OB-GYN at the University of California-San Francisco and a researcher for the working group. “FDA  regulations should be in line with medical evidence.”

Last year, in Maryland, for instance, the working group helped pass a law that requires insurers cover contraceptives over the counter, if that were to become an FDA-approved possibility. Using an existing law that requires Medicaid in the state to cover over-the-counter emergency contraceptives, the working group partnered with Planned Parenthood of Maryland (PPM) to convince a private insurer to also cover Plan B without a prescription. The insurer, Ibis vice president Britt Wahlin tells Mother Jones, “reported it was an extremely easy change to make.” “Then PPM set its sights higher,” she says, “and sought to pass a bill with a provision for coverage of [over-the-counter] contraceptive medications.”

The working group now has over 60 participating organizations and, while it has largely been focused on behind-the-scenes research and consensus-building among feminist groups, the 2016 election has given its work a new sense of urgency.

“We’ve been interested in trying to make the Pill go over the counter for a very long time,” says Grossman. “But the stakes have changed, and the reality now is this could be really helpful if women end up losing [Obamacare] coverage.”

Even if all goes to plan, over-the-counter sales still probably won’t happen for another few years. The group has only recently cleared a massive hurdle and found a pharmaceutical company willing to go through the research and application hurdles required in convincing the FDA to approve over-the-counter pill sales.

The idea of over-the-counter birth control stands out among women’s health issues in that it has, in the past, attracted a more politically diverse swath of supporters—and detractors. Initially, over-the-counter proponents were physicians and pharmaceutical groups who actually had to fend off criticism from an unlikely source: women’s health organizations. In the late ’90s, such groups stood against making birth control available over-the-counter because they argued its long-term health affects were still unclear. Over the years, their position has flipped, thanks largely to a handful of studies by members of the working group that have proven oral contraceptives to be exceptionally safe and highly effective.

Over the years, the idea has even drawn some support from conservatives. It even became a talking point during the 2016 campaign, when Republican candidate for president Carly Fiorina told a group of supporters, “it’s time for over-the-counter birth control, which will drive down prices and increase availability.”  And, the year prior, Sen. Cory Gardner (R-Colorado) got half-a-dozen Republicans to sign onto a bill that would make it easier for pharmaceutical companies to apply for over-the-counter contraceptives sales. “Most other drugs with such a history of safe and routine use are available for purchase over the counter, and contraception should join them,” Gardner wrote in a statement at the time. This spring, Rep. Mia Love (R-Utah) also introduced similar legislation.

But still, over-the-counter contraception hasn’t emerged as something with clear bipartisan cooperation and the reason largely comes down to an issue of insurance. The Left and Right, to put it simply, can’t agree on who should cover the cost of over-the-counter pills. Liberals want women to be able to access birth control, at zero cost, from whatever source is most convenient for her: a physician, a pharmacist, or the “feminine hygiene” aisle of the drugstore. While insurance would pick up the tab in this scenario, the working group is making the case to companies that they’d save money by avoiding costly unexpected pregnancies.

On the flip side, part of the reason Republicans supported Gardner’s plan was that it removed the responsibility of insurers to cover the costs of a prescription of the Pill and shifted them to the consumer. In 2015, NARAL Pro-Choice America called Gardner’s proposal “nothing but political pandering to trick women and families into thinking we are covered while dismantling one of the most critical gains of the Affordable Care Act.”

“There is strong bipartisan support for an over-the-counter option,” Wahlin wrote in a recent op-ed for the Washington Post. “But we should consider it a victory only if insurance coverage is part of the equation. Otherwise, the need to pay out of pocket could leave birth control inaccessible to lower-income women.”

Until an over-the-counter pill can become reality, states are focused on preempting Trumpcare and codifying Obamacare’s contraception mandate. Currently, 28 states already have some form of “contraceptive equity” law on the books, requiring insurers in their states that cover prescriptions to include contraceptives as part of their available plans. In 2014, California was the first state to make the move and, in 2016, Maryland passed the most sweeping law to date (the same law the working group helped organize around); it will require that insurance companies cover vasectomies, the morning-after pill, and non-generic oral contraceptives—none of which are even covered by the Obamacare provisions. But since Trump got elected, a handful of other states, including Massachusetts, New Mexico, and New York, have also started considering contraceptive equity laws. This year, Colorado and Washington passed laws requiring insurers cover a year’s supply of birth control at a time, instead of the customary three months. And just earlier this month, Nevada passed a law requiring insurers cover 12 months of birth control at a time at zero cost to the customer.

Not all contraceptive equity laws would cover the Pill if it were available over-the-counter, but some might, which would make the working group’s uphill battle a bit easier. In Maryland, for example, language in the new law, which won’t take effect until 2018, protects insurance coverage for birth control whether or not it is obtained through a prescription. In other words, if oral contraceptives were to move over the counter in Maryland, the 2016 law should guarantee that insurance will cover it. Illinois’s equity law, also passed last year, could also apply to over the counter access. And language in the Massachusetts and New Mexico equity bills proposed this year would also include coverage for over-the-counter pills, according to Wahlin.

A smaller number of states have even made it possible for women to skip the doctor’s office altogether and go straight to the pharmacist. These so-called “pharmacy access laws” allow pharmacists to dispense the Pill like they would a flu shot—with a consultation and a waiver signed by the patient. California, Washington, Oregon, and five other states, have already moved forward with this method—though there have been some problems with implementation. In California, for example, a 2013 law allowed pharmacies to distribute hormonal birth control, but 18 months later most pharmacies weren’t offering the service. According to pharmacist Sally Rafie, in 2016 fewer than 100 out of 7,000 pharmacies in California were dispensing birth control without a prescription. Pharmacists were hesitant to participate for a few reasons, including the lengthy consultation involved that might slow down their work, and a lack of education about the law.

Grossman and the working group see contraceptive-equity and pharmacy-access laws as an important step towards the ultimate goal of getting the Pill over the counter and covered by insurance. At the very least, if they can’t get insurance company buy-in,  they’re hoping to at least make the Pill widely accessible. “Women say they’re willing to pay $10 or $15 a month for an over-the-counter pill,” says Grossman. “Our goal is to try to get insurance coverage for a future pill, and barring that we’re trying to make it available at a low price.”