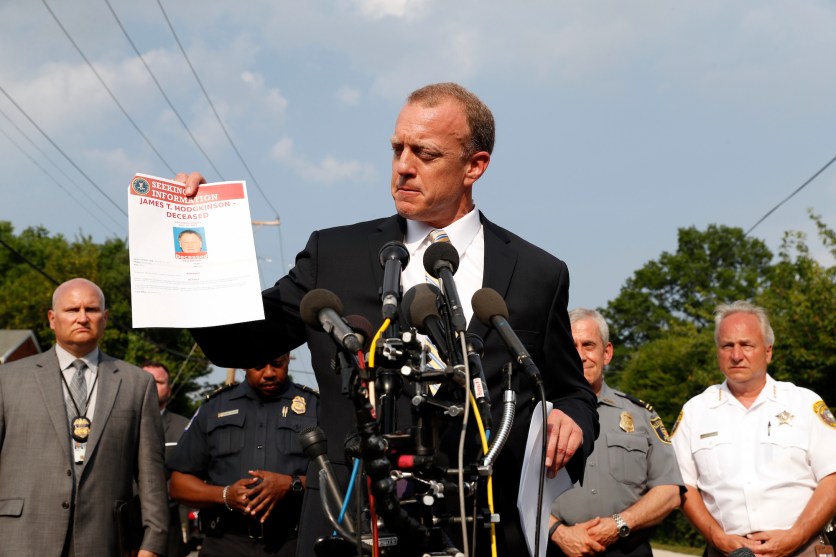 Just hours after a gunman opened fire at a congressional baseball practice on Wednesday morning near Washington, DC, the verdict was clear on why he did it: liberal rage.

Or so concluded numerous pundits and Trump partisans about the attack that injured six people, including the gravely wounded Republican House Majority Whip Steve Scalise. Evidence quickly emerged that James T. Hodgkinson—the 66-year-old assailant who was shot by law enforcement officers at the scene and died shortly thereafter at the hospital—had been bitterly critical of President Donald Trump and other Republican politicians on social media and had strongly backed Bernie Sanders’ Democratic presidential campaign.

“Violent imagery, conspiracy theories, hate speech & #FakeNews from the Left are catnip for ravenous, unhinged anti-Trump nut-cases,” declared pro-Trump commentator Laura Ingraham in the immediate aftermath of the attack. She also accused MSNBC of “going out of its way to not mention that Hodgkinson was a rabid Bernie Sanders supporter.” Donald Trump Jr. promoted a tweet early Wednesday from another commentator that alluded to the recent Kathy Griffin fiasco and fingered “NY elites glorifying the assassination of our President.”

Partisan political anger does appear to have fed into Hodgkinson’s attack: Ron DeSantis, a Republican representative from Florida, said that just prior to the shooting, Hodgkinson asked him and another congressman who were about to leave the area whether Republicans or Democrats were on the field. But understanding a rampage shooter’s behavior is invariably far more complicated than uncovering evidence of a political point of view or ideology. In scores of cases I’ve examined since I began looking into mass shootings in 2012, the motive has rarely been easy for experts to pinpoint. This is a central challenge for the field of threat assessment, which brings together mental health experts, law enforcement officials, and community leaders to collaborate on preventing mass shootings and other attacks. Rooted in forensic psychology and a growing body of data on mass killings, the approach takes into account many factors that drive a potentially dangerous person. Why someone goes on a gun rampage never comes down to any single one.

“Our country has become more polarized and tensions are running high, but we all need to hold our biases and judgments in check,” says Russell Palarea, a Washington-based psychologist who consults for various threat assessment teams. “The perpetrator’s motive and targeting may have been based in a political theme, but it’s important to take a holistic view of his patterns of behavior, life stressors, violence history, and preparation to conduct this attack. We can’t just make a broad-brush conclusion about politics being what drove it. We need to assess all of the factors that led up to the perpetrator’s decision to commit this attack.”

According to the Washington Post, police records from Hodgkinson’s prior residence in Illinois show that he had a history of domestic violence, which is common among mass shooters. He was charged in 2006 for domestic battery, according to the Post, after he allegedly grabbed his daughter by the hair, assaulted a friend of hers, and bashed another person in the face with the stock of a shotgun. A few years prior, he’d allegedly abused a foster daughter.

Most of the press and public quickly settled on “Islamic terrorism” as the explanation for the Orlando nightclub massacre—but to this day the perpetrator’s motive ultimately remains a puzzle.

It can be especially difficult to build a more accurate portrait of assailants who die in their attacks (as many do, by their own choice), but investigators often learn more details about their lives in the ensuing weeks and months, well after public attention has diminished. “He may have left a legacy of his thinking behind: computers, cellphones, emails, journals, observable behavior, conversations,” says Palarea. “A behavioral-based investigation focuses on reviewing this information to identify the perpetrator’s thoughts, motivation, and intent leading up to the attack.” Hodgkinson reportedly had been living out of a van for several months in the northern Virginia area where he struck, and had stirred at least some vague suspicions among people who interacted with him. Whether he was surveilling members of Congress and why are key questions for FBI investigators now to pursue.

Recent mass shooting cases illustrate how difficult it can be to untangle this equation. Most of the press and public quickly settled on “Islamic terrorism” as the explanation for the June 2016 nightclub massacre in Orlando—but to this day Omar Mateen’s motive ultimately remains a puzzle, marked by questions about his mental health, unproven theories about his alleged self-hating homophobia, and dubious accounts of his supposedly long-held extremist views (including Mateen reportedly pledging allegiance to opposing militant Islamist groups).

As I reported last June, a social-media-driven desire for infamy—chillingly evoked by Mateen’s real-time use of Facebook while he carried out the attack—may have pointed to a more clinical rather than ideological explanation. In that regard his case isn’t unique among mass shooters. “If they pledge to ISIS, in their minds it burnishes their reputations even more because they become a part of a larger and much more frightening movement,” forensic psychologist Reid Meloy, a top threat assessment expert, told me after the Orlando attack. “They also garner much more attention as soon as they pledge allegiance, whether during the fact or just before it.”

Consider troubled Iraq war veteran Esteban Santiago, who shot five people to death and injured six others inside the Fort Lauderdale airport in January. Following the attack, he told the FBI that he was inspired to act after engaging online with ISIS. But that didn’t persuade investigators; Santiago had recently been committed to a psychiatric hospital after complaining that the CIA was controlling his mind and he was hearing voices. The FBI determined that he had no real links to terrorists.

The San Bernardino mass shooting proved to be a clearer case of militant Islamist terrorism, while various other attackers have been conspicuously steeped in far-right political extremism. The many layers of a case can also be enigmatic to an opposite effect. Prior to Wednesday, the last attacker to successfully target a member of Congress—Jared Loughner, who shot Gabby Giffords and 18 others in Tucson, Arizona, in 2011—was largely written off as insane. Once in custody, he was diagnosed and treated in a highly secure psychiatric facility for many months prior to his trial. Yet, law enforcement officials and forensic psychology experts I’ve spoken with who know the intricacies of Loughner’s case have pointed out that his obsessions bore some distinct hallmarks of political extremism. He’d recorded videos that seemed crazy, but they evoked themes familiar to the far right, with riffs about government conspiracies and assaults on the constitution and freedom of speech.

A journalist who did a deep dive into an Uber driver’s recent gun rampage in Michigan was sufficiently mystified by what he found to conclude that there simply was no explanation for what happened in that case.

Perhaps the only certainty right now about the attack on the congressional baseball practice, other than its familiar horror, is that many details of what led up to it remain unclear. Tim Slater, the special agent in charge of the FBI’s Washington field office, told reporters on Wednesday that the bureau was “exploring all angles,” including a possible assassination attempt. He also appealed to the public for additional information about the deceased suspect. It was too soon, he said, to comment about a motive.

Updated, April 21, 2021: According to Republican Rep. Brad Wenstrup of Ohio, who was present on the ball field that day, the FBI concluded in Nov. 2017 that the attack on lawmakers was not primarily explained by a political motive but rather by Hodgkinson’s desire to commit “suicide by cop.”