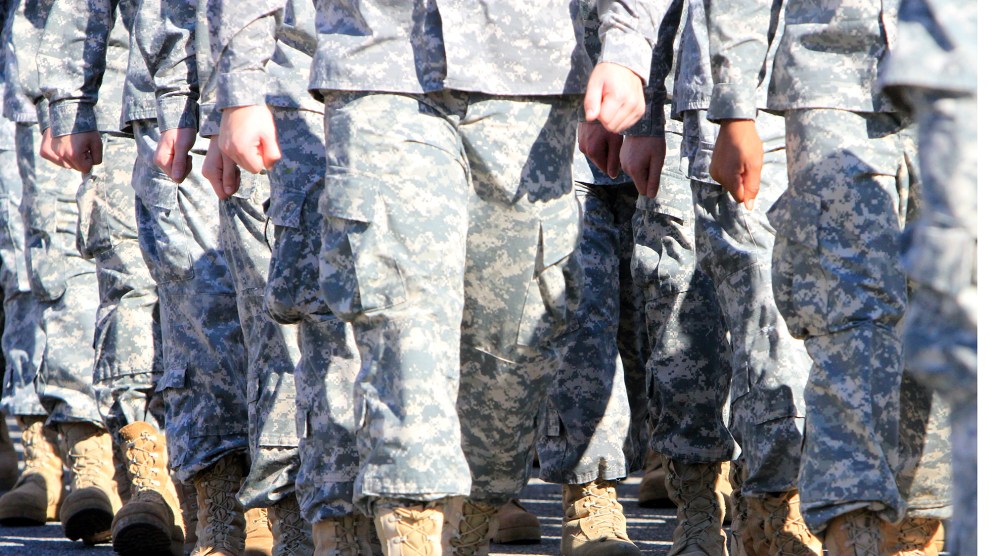 President Donald Trump announced on Wednesday that he would ban transgender soldiers from the military, reversing an Obama-era policy that had allowed them to serve openly.

“After consultations with my Generals and military experts, please be advised that the United States Government will not accept or allow Transgender individuals to serve in any capacity in the U.S. Military,” the president tweeted. “Our military must be focused on decisive and overwhelming victory and cannot be burdened with the tremendous medical costs and disruption that transgender [soldiers] in the military would entail.” The announcement surprised Pentagon officials and came as Defense Secretary Jim Mattis was on vacation.

In 2016, the Obama administration announced transgender soldiers could serve openly for the first time in history, and in September, the Pentagon said it would also pay for their gender-related surgeries. At the time, Trump—who dodged the Vietnam War draft five times—described these policies as “ridiculous.” “We’re going to get away from political correctness,” he said.

Riley Dosh came out as transgender in December, during her last year at West Point. The 22-year-old, who graduated from the academy in May, dreamed of becoming an Army officer. On Wednesday morning she was woken up by a call from a BBC reporter who asked whether she had seen Trump’s announcement on Twitter about the ban. “It’s devastating, really, to see such an important decision come down so suddenly, without any warning,” she told me. She thought immediately of the thousands of transgender people who are already serving, including some of her friends. “They don’t know if they should come to work tomorrow—they don’t know if they’ll get fired tomorrow. They’re concerned about their careers,” she says.

Some Republicans have argued that transgender people might make the military less combat-ready. But when the RAND Corp. studied this question recently, it disagreed: Across all military service branches, it found that only an estimated 10 to 130 active trans soldiers would be less deployable every year because of gender transition medical treatments. That’s a drop in the bucket compared with the thousands of non-transgender soldiers who are kept from the front lines for other health reasons—37,000 in the Army alone in 2015.

Trump’s tweets suggested that trans soldiers rack up “tremendous medical costs” while they are on duty. While the Pentagon’s budget is hundreds of billions of dollars, the estimated cost for transition-related care is about $5.4 million, according to the RAND Corp. Here’s one way to put that in perspective: