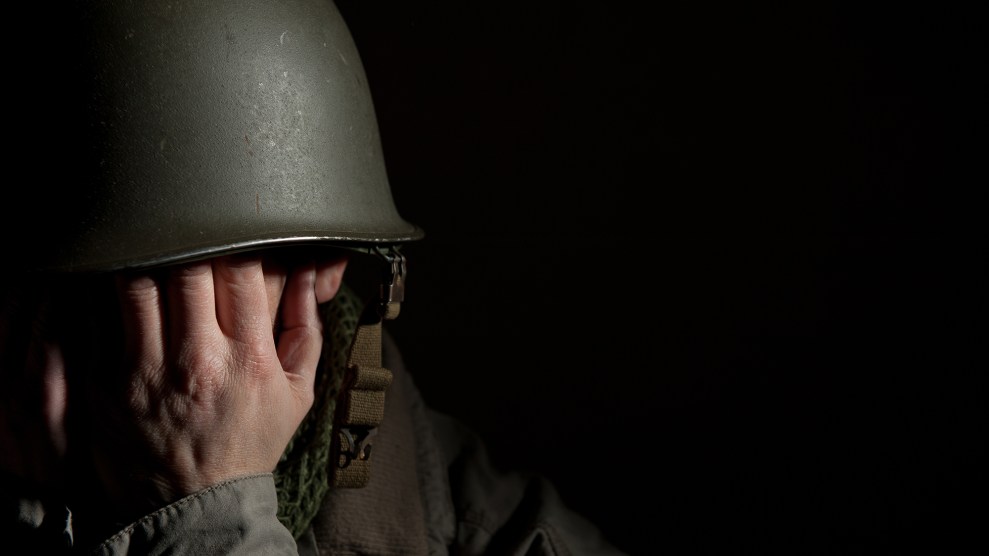 Update, 7:30 p.m.: In a narrow 214-209 vote, the House has rejected the amendment to block transgender service members from transition-related medical care. No Democrats voted in favor of it.

The House of Representatives is expected to vote Thursday on an amendment that would block transgender service members from transition-related medical care, a move that could affect thousands of soldiers.

The amendment, put forward by Republican Rep. Vicky Hartzler of Missouri, is being considered as part of the National Defense Authorization Act, which authorizes the military’s budget for the next fiscal year. It would allow the Pentagon to give transgender troops mental health care but would prevent it from covering gender surgeries or hormone therapy—treatments that leading medical associations have described as effective and medically necessary.

In June last year, the Obama administration announced that it would allow transgender soldiers to serve openly for the first time in history, and in September the Pentagon said it would cover gender-related surgeries. But those rights have come under threat under President Donald Trump, who last year said it was “ridiculous” for transgender soldiers to serve openly. “We’re going to get away from political correctness,” he said, adding that he would listen to the recommendations of his military advisers.

Though they make up a relatively small percentage of the population, transgender people are twice as likely as other Americans to serve in the military. An estimated 15,000 service members are transgender, according to the Williams Institute, a leading LGBT think tank. Other experts have suggested a lower total.

Earlier this month, Rep. Hartzler withdrew an amendment to the defense authorization bill that would have gone a step further—calling for a complete reversal of the Obama-era policy allowing transgender troops to serve openly. Her new amendment about medical care was approved by the House Rules Committee on Wednesday night.

“This is a discriminatory, unconstitutional attack on transgender service members and their families, plain and simple,” the American Civil Liberties Union wrote in a letter to Congress. If a doctor says transition-related care is necessary, the group wrote, “that treatment should be provided just as it would be for any other medical condition for any other service member.”

In a statement, House Democratic Leader Nancy Pelosi also slammed the amendment. “Republicans should be ashamed,” she wrote. “Instead of protecting the men and women who risk their lives to defend our freedoms, they are fighting to rip away the health care of thousands of brave servicemembers.”

Republicans have suggested it would be too expensive to pay for gender surgeries and hormone therapy. But the RAND Corp. has predicted it would cost $2.4 million to $8.4 million annually, a tiny fraction of the Pentagon’s multibillion-dollar budget.

The congressional debate over the defense authorization bill comes as the Pentagon mulls its own policy for transgender troops. Late last month, Defense Secretary Jim Mattis delayed implementation of a policy that would have allowed new transgender recruits to join the armed forces, as the Pentagon continues to study how their presence on the force would affect military readiness.