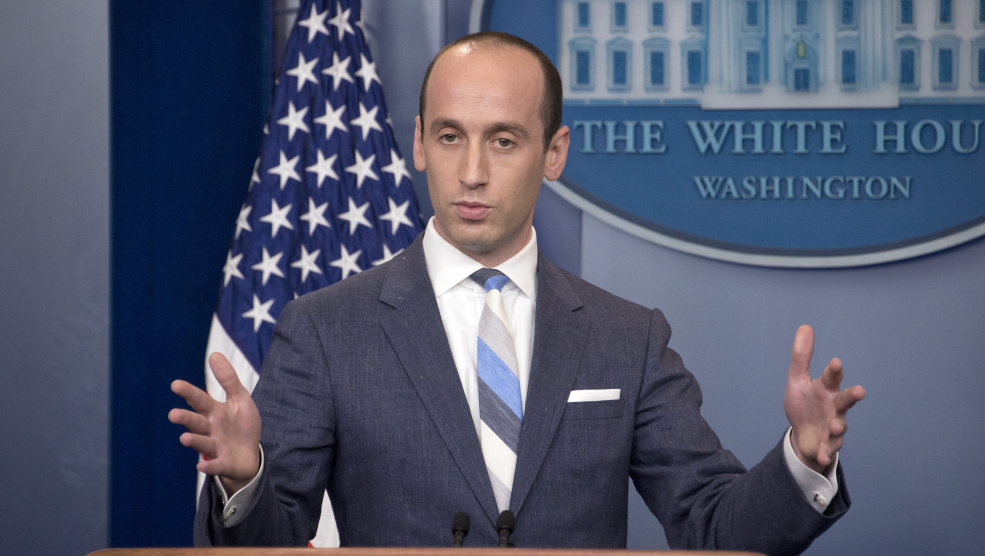 White House senior policy adviser Stephen Miller urged reporters on Wednesday to use common sense in assessing a bill endorsed by President Donald Trump to cut legal immigration in half. Employers want low-skill foreign workers, Miller said, because they’re less expensive than domestic workers. If the government stops letting them in, he argued, wages for working-class Americans would go up.

New York Times reporter Glenn Thrush asked for statistics, not common sense. Miller cited a highly disputed 2015 study by Harvard economist George Borjas, which found that the arrival of Cubans in Miami as part of the 1980 Mariel boatlift reduced the wages of local high school dropouts by 10 to 30 percent. But as Alex Nowrasteh at the libertarian Cato Institute points out, Miller overlooked a more relevant historical example that suggests Trump’s plan to slash immigration won’t help the US working class.

Between 1942 and 1964, the United States let in millions of Mexican farm workers as part of a temporary program to meet labor shortages caused by World War II. After the war, the workers, known as braceros, worked almost exclusively in agriculture, usually for between six weeks and six months. At the program’s peak, roughly 500,000 Mexican workers were coming to the country each year—about the same number by which Trump hopes to cut legal immigration. Another similarity: Braceros were accused of depressing the wages of low-skilled US workers. At the time, critics thought this was obvious. (The program was also criticized for widespread worker abuse.) When Congress voted to extend the program, a sociologist from Berkeley, California, testified that it had “passed a law which repeals the law of supply and demand.” After the bracero program ended in 1965, Secretary of Labor Willard Wirtz predicted a major increase in US farm workers’ wages.

That didn’t happen. Three economists studied the bracero program and published a working paper in April, finding that getting rid of Mexican braceros had no effect on US farmworkers. Previous claims that braceros hurt American workers, they noted, were made “largely without quantitative evidence.”

Michael Clemens, one the study’s authors and a senior fellow at the Center for Global Development, a think tank that studies ways to reduce global poverty, wrote in Politico Magazine that it’s common to make appeals to “basic economics.” In reality, he wrote, free markets can respond to a labor shortage in many ways aside from simply increasing workers’ pay. In the case of the braceros, farmers mostly turned to mechanization. If that wasn’t possible for a particular crop, they cut production.

Clemens warns against Miller’s appeal to “common sense.” “Politicians who claim to know the effects of excluding foreign workers, and lecture the public about ‘basic supply and demand,’”  he wrote, “simply fail to account for the complexity of the U.S. economy and the agile adaptability of U.S.”