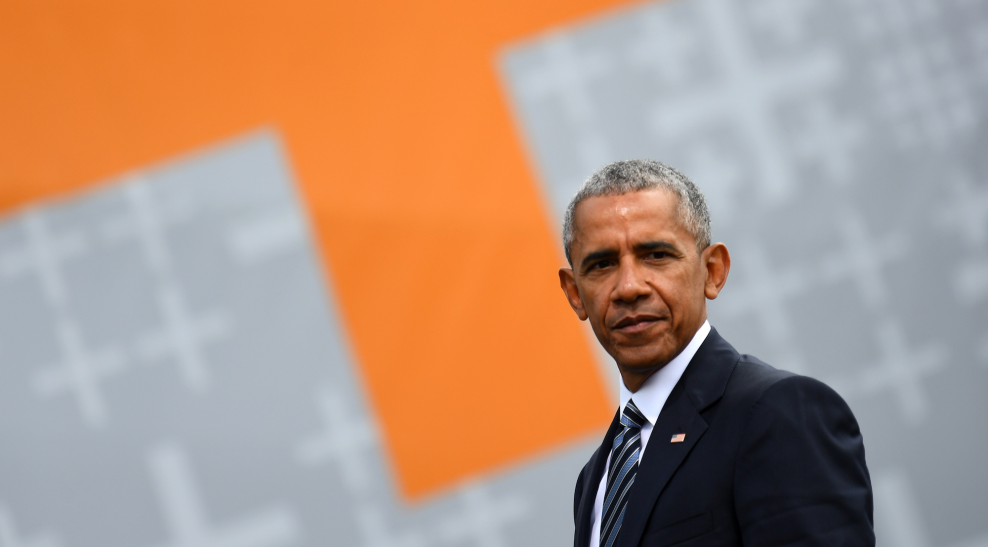 In 2012, Obama created the program, known as DACA, to protect the roughly 800,000 undocumented immigrants living in the US who had arrived to the country as children, also allowing them to legally work without the threat of deportation.

The former president has largely refrained from publicly criticizing his successor, despite the Trump administration’s efforts to roll back many of the policies—such as health care reform, environmental rules, and Wall Street regulations—enacted during Obama’s two terms. But in his final press conference as president, Obama suggested he would be compelled to speak out in specific situations he believed were tantamount to acts of “systematic discrimination.” One such situation was if DACA were eliminated or rolled back.

“They are our kids’ friends and their classmates, and are now entering into community colleges or in some cases serving in our military,” he said in January. “The notion that we would just arbitrarily or because of politics punish those kids, when they didn’t do anything wrong themselves, I think would be something that would merit me speaking out.”

His statement Tuesday, however, did not directly mention Trump by name.

“Now that the White House has shifted its responsibility for these young people to Congress, it’s up to Members of Congress to protect these young people and our future,” Obama wrote. “I’m heartened by those who’ve suggested that they should. And I join my voice with the majority of Americans who hope they step up and do it with a sense of moral urgency that matches the urgency these young people feel.”

In announcing the decision to end DACA, Attorney General Jeff Sessions described the Obama-era initiative as a show of “disrespect” to the legislative system. It’s now up to Congress to pass a legislative replacement in the next six months.