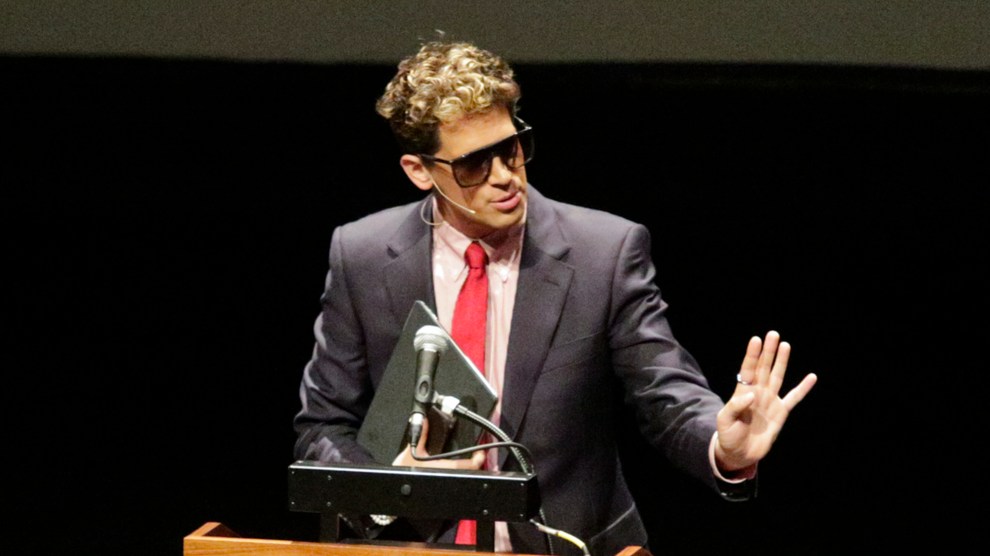 Media attention and anticipation has continued to build around the so-called free speech festival reportedly happening at the University of California-Berkeley beginning September 24. But it now looks increasingly likely that the four-day event won’t take place as billed, or perhaps even at all.

On Thursday, far-right provocateur Milo Yiannopoulos issued a press release listing what he claimed were 25 “confirmed” speakers (including himself three times) for a “Free Speech Week” being put on by a campus group called Berkeley Patriot. Also on the list were Breitbart chairman and former White House chief strategist Steve Bannon; Erik Prince, founder of the infamous private security firm Blackwater and an adviser to the Trump administration; far-right pundit Ann Coulter, who recently talked up a Berkeley appearance and then didn’t show up; and Pamela Geller, whom the Southern Poverty Law Center refers to as “the anti-Muslim movement’s most visible and flamboyant figurehead.”

“We have invited relevant political speakers from both sides of the aisle,” Berkeley Patriot spokesman Bryce Kasamoto, a senior studying political science and public policy, told me via text this week. “We wish to provide an opportunity for the Berkeley community to engage in healthy political conversation.”

“Have you seen a contract between the student organization and Mr. Bannon? Yeah, neither have we.”

According to UC Berkeley assistant vice chancellor for public affairs Dan Mogulof, student organizers seeking to put on an event are required to fulfill several logistical requirements: Complete signed contracts for the venues and with the speakers, pay a venue fee, secure insurance, and provide information that allows law enforcement to plan for and provide security. “The Berkeley Patriot has not done a single one of those things, and time has just about run out,” Mogulof told Mother Jones on Friday afternoon.

Mogulof says the university still has no documentation for most of the allegedly confirmed speakers. “Have you seen a contract between the student organization and Mr. Bannon?” Mogulof asked rhetorically. “Yeah, neither have we.”

Shortly after Yiannopolous publicized the alleged speakers, one on the list, Charles Murray of the American Enterprise Institute, tweeted: “I had never heard of this event & don’t know why anyone thinks that I have signed up for it. Fake news.” In an e-mail to The Daily Californian, Murray said, “The inclusion of my name in the list of speakers was done without my knowledge or permission. I will add that I would never under any circumstances appear at an event that included Milo Yiannopoulos.”

Mogulof suggests this was another “sign of disarray” for an event that will, theoretically, heavily strain the university’s resources. “They expect us, and we will expect to, spend extraordinary amounts of money for an event like this,” he said, “but we’re not going to do that based on a press release.”

He added that the handful of students with the Berkeley Patriot “seemed surprised at some of the baseline responsibilities” that would be required, “despite the fact that they’re all written out in our event policy. ”

Mogulof wouldn’t specify when it would be too late, logistically, for the group to meet the requirements for the event to remain possible, but he said that deadline was approaching “super soon.”

If that threshold gets crossed, “it would be completely wrong to call this a cancellation,” Mogulof said. As of late Friday, he said, “nothing has been scheduled. There is nothing to cancel.”