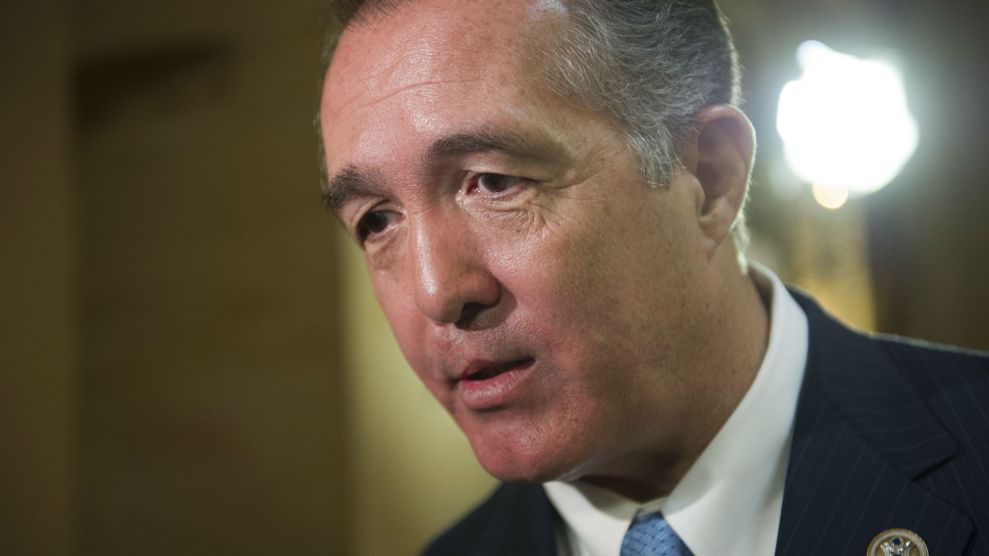 On Tuesday, the House of Representatives passed the Pain Capable Unborn Child Protection Act—a bill that outlaws most abortions after 20 weeks of gestation and stipulates that anyone who performs one could face up to five years in prison—in a 237-to-189 vote.

The House passed similar proposals in 2013 and 2015, introduced by Rep. Trent Franks (R-Ariz.), but both measures failed in the Senate. Franks is also responsible for the latest version, which includes exceptions for rape, for incest, or to save the mother’s life—it, too, is unlikely to get through the Senate, where it would need a filibuster-proof 60 votes. But President Donald Trump has indicated he’d be willing to sign a 20-week ban if it lands on his desk.

A federal 20-week ban is a longtime priority of anti-abortion groups, who hope to use it to test the constitutionality of Roe v. Wade, the Supreme Court decision that legalized abortion nationwide in 1973. Roe gave women the right to have an abortion only up until the age of viability—when a fetus can survive outside the womb. Most doctors put the age of viability at about 24 weeks.

“The 20-week gestational age was chosen to push the envelope.”

In 1986, Northwestern University law professor Victor Rosenblum published a book, Abortion and the Constitution, that urged anti-abortion state legislators to pass laws that would incrementally roll back Roe by challenging the decision’s core findings, including the viability standard. Three years later, the Supreme Court upheld a Missouri law that placed restrictions on abortion after 20 weeks.

The Missouri law’s author, Samuel Lee, told Mother Jones that his bill was “designed as an opportunity to attack” Roe. “The 20-week gestational age was chosen to push the envelope on when the state’s interest in the life of the unborn could take place,” he said. “It was chosen because it was earlier than the earliest limits of viability at the time, but not so early that the unborn child could never be viable.”

Since then, at least 17 states have enacted laws banning abortion after 20 weeks based on the (unfounded) idea that a fetus can feel pain beyond that point. Trump’s support for these bans, which he first made clear during the 2016 campaign, has resulted in a new push at the state level. This year, Ohio and Kentucky passed 20-week bans and a handful of other states have introduced new measures.

Only about 1 percent of abortions take place after 20 weeks.

Abortions after 20 weeks, also known as “later abortions,” are rare: In 2011, of the more than 1 million women who ended their pregnancies, only about 13,000 did so after 20 weeks. In many cases, those women chose to have an abortion only after learning of devastating fetal anomalies likely to seriously diminish the quality of life for the child and its family.

In 2015, Mother Jones spoke with a half-dozen women who’d had abortions after 20 weeks about why they’d made the choice to terminate their pregnancies and how a ban would affect them. One, Heather, was just over the 20-week mark when she was told her fetus had alobar holoprosencephaly. “If he makes it to term,” she recalled being told, “he will undoubtedly die very quickly.”

“Twenty-week bans are devastating for women like me. Because you never know. If you’d have told me years ago that I’d be sitting here having this conversation with you, I’d have laughed,” Heather added. “Nobody can tell me I didn’t do the right thing for my son. And I will be damned if I’m going to keep quiet. Because that’s my son, and his story is all I have of him.”