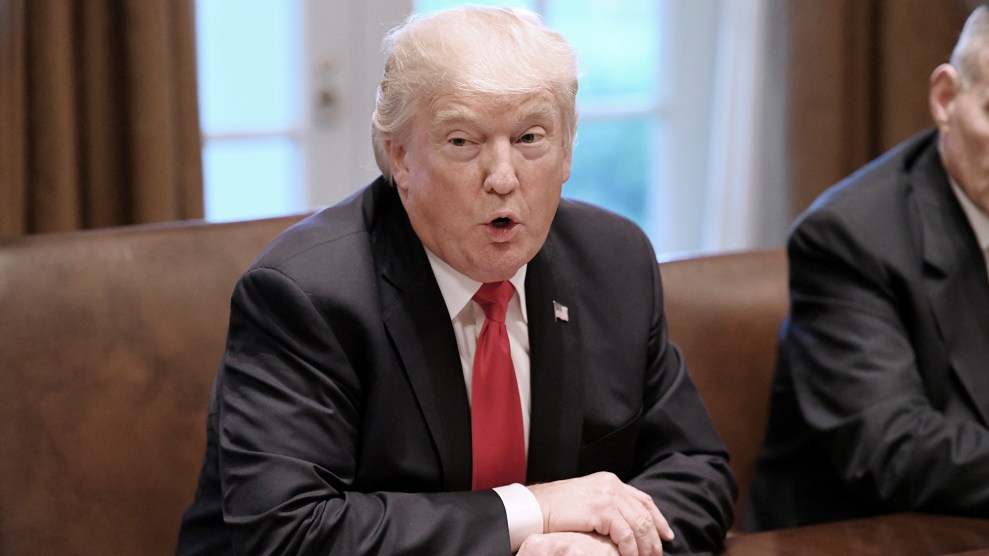 As the Trump administration prepares to implement the third iteration of its travel ban, the Supreme Court must answer a fundamental question about the ban’s identity. Is it just another version of the Muslim ban that candidate Donald Trump promised on the campaign trail, as the American Civil Liberties Union and other civil rights groups allege? Or is it sufficiently different that the court should throw out a case on an earlier form of the ban, as the administration argues?

The first travel ban, which barred nationals from seven Muslim-majority countries from entering the United States for 90 days and included a stated preference for Christians, was blocked by the courts and withdrawn. The second version, which applied to six countries and removed the explicit religious preference, ran its 90-day course and expired. On September 24, the administration unveiled the third iteration, which added three new countries to the list, removed one, and tweaked the restrictions. It’s set to take effect on October 18 and remain in place indefinitely.

The Supreme Court agreed this summer to hear a case challenging the lower courts’ orders blocking the ban from taking effect. The court was scheduled to hear the case next week, but once the third ban was announced, it canceled that hearing and asked the parties to submit briefs on their preferred course of action. On Thursday, those briefs were submitted. The ACLU urged the court to hear the case because, the group alleges, the discriminatory nature of the ban remains unchanged. The administration asked the court to throw out the case because the ban in question—technically the second version—has already expired.

Whether the Supreme Court agrees to hear the case this term or sends the issue back to the lower courts, the courts will grapple with the central question of whether the third ban’s purpose is truly national security—or whether that’s just a pretext to ban Muslims.

When Trump announced the first ban just days after his inauguration, the ACLU, the states of Hawaii and Washington, and other groups quickly filed suit. The executive order was, they argued, Trump’s long-promised Muslim ban, disguised as a national security measure in order to escape legal scrutiny.

In the lower courts, that argument carried the day. The first ban was quickly blocked by a federal judge in Washington state. When the Trump administration announced the second version in March, two federal courts blocked it again, and those rulings were upheld on appeal. In the Fourth Circuit Court of Appeals, chief judge Roger Gregory wrote that the ban “drips with religious intolerance, animus, and discrimination” and that there was substantial evidence to support the claim that the “government’s national security purpose was proffered in bad faith” as a pretext for banning Muslims.

Before issuing its third ban, the Department of Homeland Security reviewed its visa vetting procedures to determine which countries could not provide adequate information to the United States when its nationals attempted to immigrate or visit, and sent its recommendations to the president. The result was a ban that is similar to the first and second. The new ban removed Sudan from the list of countries whose residents can’t come to the United States, but replaced it with Chad, another majority-Muslim country with a close working relationship with the United States. It also added North Korea, even though virtually no North Koreans enter the country, and certain members of Venezuela’s government and their families. As Michael Dorf, a constitutional expert at Cornell University Law School, wrote earlier this week, “Ban 3.0 has roughly the same grossly disproportionate impact on Muslims that Bans 1.0 and 2.0 had.”

In its brief filed to the Supreme Court on Thursday, the ACLU argues that “despite some new window dressing,” it’s the same essential ban as the earlier versions, with the same discriminatory motivation. “It delivers on President Trump’s unconstitutional promise to ban Muslims,” the group states, “and it exceeds his statutory authority.”

The justices “have to look at the government’s action through the lens of a reasonable observer who understands the history and context of what’s going on here,” David Cole, the legal director of the ACLU, said in a recent interview on the Slate podcast Amicus. “Our view is that what the president has done here is essentially sought to launder his impermissible purpose, which is the purpose of banning Muslims,” through successful iterations of essentially the same policy. The latest version, he said, “doesn’t change the fact that the target here are Muslims.”

The Justice Department contends that the third ban is substantially different from the previous two. The main difference is that the new ban is “based on detailed findings regarding the national-security interests of the United States that were reached after a thorough, worldwide review and extensive consultation,” the department states in a brief to the court.

The Supreme Court justices may be looking for a way to duck this case for now, and the government’s request to toss the case could be an escape hatch. But on September 29, the ACLU also challenged the third ban in a federal court in Maryland, asking the court to block it from taking effect. It’s likely only a matter of time before the justices have to answer this question.