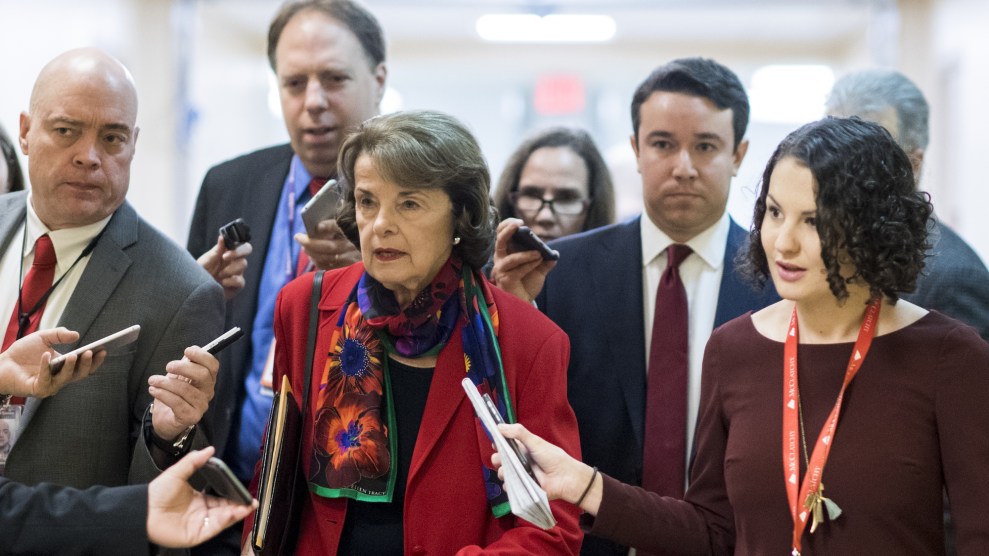 Sen. Dianne Feinstein (D-Calif.) on Wednesday demanded an interview and documents from Felix Sater, a developer and former convict who worked for President Trump during the 2016 campaign on a secret effort to build a Trump Tower in Moscow. Even as candidate Trump denied he had business interests in Russia, Sater worked with Trump’s personal lawyer, Michael Cohen, in an unsuccessful effort to develop a Moscow tower bearing Trump’s name in 2015 and into 2016. Cohen had sent an email to Russian president Vladimir Putin soliciting help closing the deal. Sater told Cohen in an email, “I will get Putin on this program and we will get Donald elected.”

“In light of your involvement in brokering business deals for the Trump Organization in Russia, and your apparent efforts to leverage business relations to wield influence and curry favor with high-ranking Russian officials and candidate Trump, we believe that you have information that would advance the committee’s understanding of Russian interference in the 2016 election,” Feinstein wrote to Sater.

Felix Sater was asked for “all documents related to any visits (proposed or taken) by Donald J. Trump to Moscow in 2016.”

Feinstein is asking Sater for any documents he has related to the deal, and any records detailing payments he has received from the Trump Organization. She also asked for records on Sater’s reported visit to Trump Tower in New York in July 2016 and “all documents related to any visits (proposed or taken) by Donald J. Trump to Moscow in 2016.” In addition, Feinstein is seeking records on Sater’s and Cohen’s reported role in passing along a Russian-backed “peace plan” for the Ukraine that includes the United States unilaterally dropping sanctions on Russia.

The letter to Sater was one of four that Feinstein, the top Democrat on the Judiciary Committee, sent to figures suspected of involvement in alleged coordination between the Trump campaign and Russia during the 2016 presidential campaign. Feinstein is pursuing her own inquiry after a disagreement with Judiciary Committee Chairman Chuck Grassley (R-Iowa) that splintered the panel’s once bipartisan investigation. Feinstein said the split resulted from Grassley’s insistence on pursuing matters, including various issues related to Hillary Clinton’s record as Secretary of State, that are intended to distract from the Russia scandal. Without Grassley, Feinstein can ask for voluntary cooperation, but lacks the ability to issue subpoenas to enforce her requests for information.

On Wednesday Feinstein also sent a letter to White House counsel Donald McGahn asking him to detail the role of Jared Kushner, Trump’s son-in-law and senior aide, in the firing of former FBI director James Comey and former national security adviser Michael Flynn. Another letter went to Trump adviser Roger Stone, who in 2016 appeared to indicate advance knowledge of the content of upcoming Wikileaks releases of Democratic emails. Feinstein asks Stone to detail his communications with Russian hackers, WikiLeaks, and other hacker groups, and turn over his communications with the Trump campaign

While Feinstein’s letters mostly follow requests that other congressional committees have previously sent, she also wrote to Margaret Ratner Kunstler, a lawyer who has represented Wikileaks. Her letter suggests that the committee believes Kunstler may have communicated with the Trump campaign on behalf of Wikileaks. Feinstein asks Kunstler to turn over any communications with the Trump campaign and Trump family members, as well as well as records “of any effort to obtain or share” emails hacked from the Clinton campaign or Democratic National Committee. “Through documents and testimony received in the course of our investigation, we have developed reason to believe that you may have information that is relevant to our inquiry,” Feinstein writes.