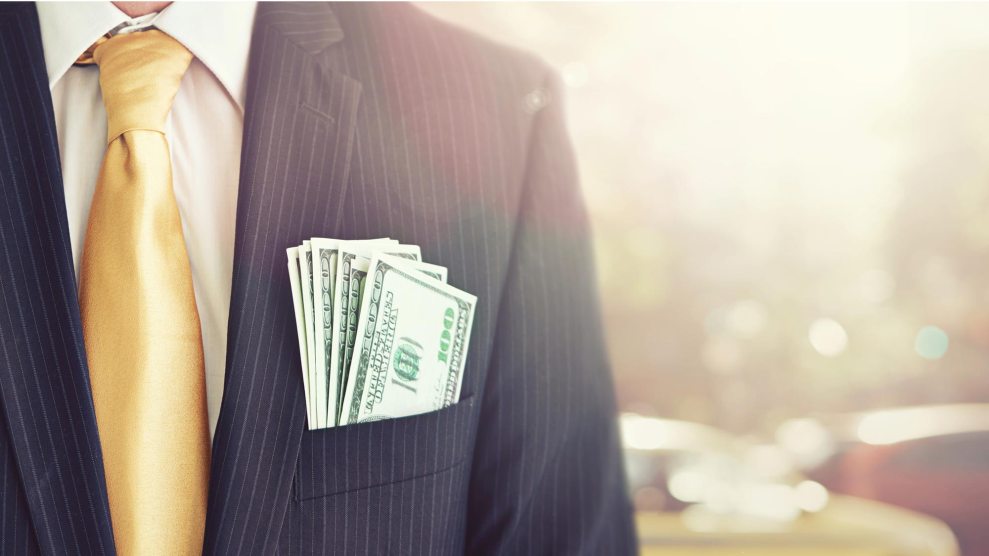 On Monday, the Senate Banking Committee announced that it struck a rare bipartisan deal to deregulate banks. The deal would gut several of the protections enacted in 2010 in response to the financial crisis as part of the Dodd–Frank Wall Street Reform and Consumer Protection Act, most notably a key rule requiring that “Too Big To Fail” banks—those with more than $50 billion in assets—undergo stricter oversight. The deal is backed by nine Democrats, which means that if the full Republican caucus backs the bill it would have enough votes to overcome a filibuster.

The plan, which was led by Committee Chairman Sen. Mike Crapo (R-Idaho), would quintuple the threshold for a “systemically important” designation by the federal government, raising that figure from $50 billion in assets to $250 billion. The result? Several dozen major banks and financial institutions—including BB&T, American Express, Credit Suisse, Regions Financial, Citizens Financial, and SunTrust—would no longer be subject to the most rigorous risk checks enacted in 2010 to monitor big banks’ ability to withstand financial shock. These checks include annual stress tests by the Federal Reserve, as well as higher capital ratio requirements. The total number of financial institutions subject to this highest level of supervision would drop from 40 to about 12. This same deregulation was proposed this summer by Treasury Secretary Steven Mnuchin, an alum of Goldman Sachs, and a number of the banks that would be excluded have failed stress tests in the past.

This plan, Crapo said, is currently being drafted into a piece of formal legislation that could be released as early as this week. On Monday, the banking committee released a summary of the other deregulatory measures in the plan. These include:

In introducing this summary on Monday, Crapo said the plan’s goal is to help lift up smaller financial institutions, like community banks, by unburdening them from the costs and bureaucracy of complying with a vast regulatory structure—Federal Reserve stress tests to determine which banks qualify as systemically important can cost millions of dollars.

In May, Rep Jeb Hensarling (R-Texas) made the same argument when he introduced the Financial CHOICE Act—the House version of legislation aimed at gutting parts of Dodd-Frank, including several of the same provisions as Crapo’s Senate proposal.

The plan’s outline also includes some concessions that seem intended to appease people likely to criticize the bill as a Wall Street handout. It includes a requirement that credit bureaus offer free credit freeze services each year—an idea first raised in a bill introduced in September by Wall Street foe Sen. Elizabeth Warren (D-Mass.) It also includes protections for veterans with medical debt and victims of foreclosure, and allows the Treasury department to redirect some funds to tackle lead and asbestos in homes.

These protections appear to have helped attracted a number of Democrats. Sens. Joe Donnelly (D-Ind.), Heidi Heitkamp (D-N.D.), Tim Kaine (D-Va.), Joe Manchin (D-W.Va.), Claire McCaskill (D-Mo.), Gary Peters (D-Mich.), Jon Tester (D-Mont.), Mark Warner (D-Va.), and Angus King, (I-Maine) have come out in support of the imminent bill. That such a large number have signed on may point to 2018 election concerns: Five of the senators are facing reelection next year in states Trump won in 2016, where the plan’s small business, community banks-focused message would play well with constituents.

These senators’ support for the bill comes after months of negotiations with Sen. Sherrod Brown (D-Ohio) broke down last month. Brown said in a statement on Monday that he “understands” his colleagues desire to sign on to legislation, but opposes rolling back protections for banks without creating benefits for regular families. “Banks made record profits last year and it looks like executives will get bigger bonuses this year,” Brown said. “Hourly wages have stagnated for 40 years, and too many Americans are still feeling the impact of the 2008 financial crisis. Who needs help the most?”

Advocates for financial reform and stronger bank regulation decried the bill as an effort to undo the post-financial crisis reforms that Wall Street has long targeted, masked as a proposal to help small financial institutions and individual consumers. “Instead of providing any real help to consumers hurt by the Equifax breach or the Wells Fargo fake accounts scam,” Warren said in a statement. “This bill weakens consumer protections, helps out the country’s biggest banks and encourages them to swallow up even more community banks. This bill shows once again how Washington values short-term profits for big banks ahead of the interests of consumers or the safety of the financial system.”