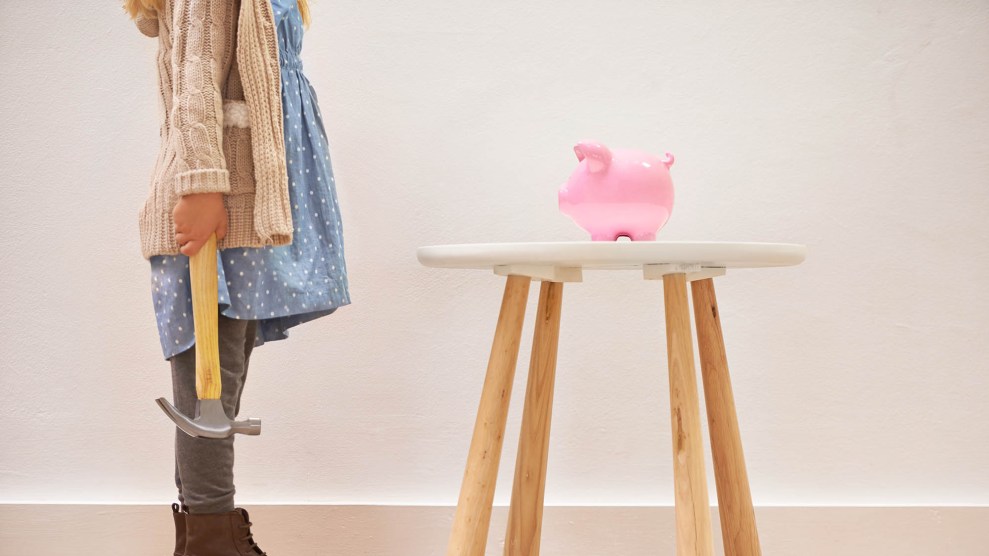 A kid with a hammer approaching a piggy bank.PeopleImages/Getty

On Thursday morning, Congress’ official number-cruncher released an estimate of how the newly-revised Senate tax bill will affect Americans. The numbers from the nonpartisan Joint Committee on Taxation (JCT) show that, on average, taxpayers who make less $75,000 per year would pay more taxes by 2027.

Specifically, the JCT finds that taxpayers who make between $50,000 and $75,000 would pay $3.9 billion more in taxes per year after the individual cuts expire in 2026. Their taxes would drop by $17.3 billion while the cuts are still in effect. Wealthy families who benefit more from the corporate tax cuts would continue to get a tax break after the individual cuts expire.

Under the amended Tax Cuts and Jobs Act, essentially all of the individual cuts are temporary, while the corporate tax cuts are permanent. In addition, the bill now repeals Obamacare’s individual mandate, which would raise health insurance costs by about 10 percent for millions of Americans. It would also lead to 13 million fewer people having health insurance as a result of people being priced out or choosing not to buy coverage.

Despite making the individual cuts temporary, the Senate bill permanently switches to a new inflation measure, known as “chained CPI,” that will gradually bump taxpayers into higher income tax brackets. That change, which raises taxes by $31 billion in 2027, helps explains why working-class families would pay more taxes in 2027 under the Republican plan.

The other reason is more complicated. The JCT assumes many working-class families would not buy health insurance if the Obamacare mandate is repealed. As a result, those families would not receive a tax credit for buying health insurance. The JCT counts that as a tax increase even though it doesn’t affect how much, if any, federal income tax they pay. As a result, JCT’s estimate shows that the Senate tax plan would almost immediately increase taxes for people who make less than $30,000. At a hearing on Thursday, Senate Republicans said that it was wrong to consider that a tax hike.

Either way, the new numbers from the JCT make clear that tens of millions of Americans could see their taxes increase if the individual cuts are allowed to expire. Republicans say the cuts will be extended when they expire at the end of 2025, but recent experience shows there is no guarantee they’ll follow through.  If Republicans don’t cut spending and extend the cuts, the annual budget deficit would rise to $1.7 trillion in 2027–up from about $700 billion today.

In reality, Republicans are likely to use the increased deficits created by their corporate tax cut as further justification for cutting spending on entitlement programs like Medicare and Medicaid. House Speaker Paul Ryan (R-Wis.) has said Republicans should focus on entitlement spending after they pass tax reform. Earlier this year, Ryan pushed to cut funding for programs that help working-class Americans by $2.9 trillion over the next decade.

At a town-hall event in Virginia on Tuesday, Ryan said the way to reduce the deficit is to grow the economy and reduce spending. He said the tax cuts will help generate the growth, before adding that Congress has “a lot of work to do in cutting spending.”