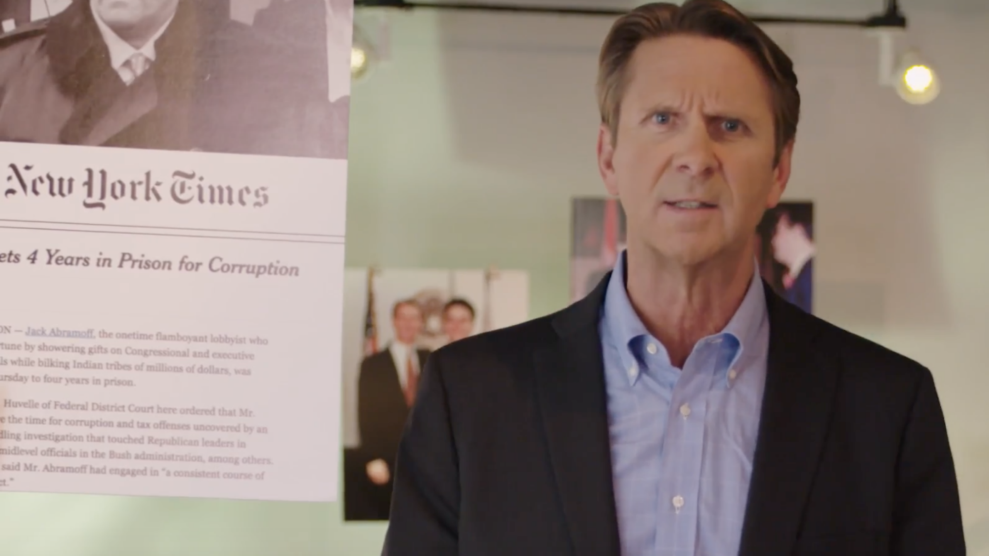 Paul Pelletier, a former Justice Department prosecutor, is the ninth Democrat to join the field of contenders vying for the chance to oust Rep. Barbara Comstock (R-Va.), one of the most at-risk Republicans in next year’s 2018 midterm elections. But in a year that has seen thousands of newcomers run for office in response to Donald Trump’s presidency and the national political climate, Pelletier is one of the more intriguing first-timers.

In part that’s because Pelletier—a gravel-voiced white-collar-crime expert who spent 27 years at DOJ prosecuting everyone from Miami drug smugglers and the dirty lawyers who enabled them to the $7 billion Ponzi schemer Allen Stanford—can say he’s worked with and against both Democrats and Republicans. In journalist Jesse Eisinger’s book The Chickenshit Club: Why the Justice Department Fails to Prosecute Executives, Pelletier is the closest thing to a leading man, the feisty prosecutor who clashed with Obama appointees at the DOJ over their weak-kneed approach to prosecuting the bank executives who helped torpedo the global economy.

During his Miami days, Pelletier says he saw firsthand how a functioning Congress and White House helped him better do his job by, say, passing tough money laundering laws, mandatory minimum sentences for drug trafficking, and reforms to the bail system. “When you’re working in this nonpartisan law enforcement branch of the department, you can feel when congressmen and congresswomen are talking and working together to find solutions,” he says. “Fast-forward to now. It’s become clear to me what’s clear to most voters: There’s so much dysfunction that no aspect of the government is working effectively or efficiently.”

Pelletier’s pitch is that his three-decade-career of prosecuting criminals of all varieties, working with Democratic and Republican administrations, and bucking members of his own political party when necessary shows that he’ll bring an across-the-aisle approach to Congress. He says he took a look at Comstock’s voting record—she has voted with Trump 96 percent of the time, according to FiveThirtyEight—and wanted to support a Democrat who could beat her. He didn’t see anyone who fit the bill, so he decided, at age 61, to get in the race himself.

Like every other Democrat in the race, Pelletier faces the daunting task of getting the attention of northern Virginia voters in a packed field with no clear front-runner for a June 2018 primary. Congressional primaries are notoriously low-turnout affairs. In the Trump era, the challenge for any congressional candidate is rustling up even the smallest bit of name recognition among the party faithful.

The Democrat who squares off against Comstock in next year’s general election faces the even steeper challenge of raising the millions of dollars needed to mount a credible campaign. Comstock, a two-term congresswoman and former Republican National Committee opposition research guru, raised $5.25 million in 2016, the ninth-most of any House candidate, according to OpenSecrets.org.

Pelletier, who joined the DC-based law firm Pepper Hamilton following his DOJ tenure, says Comstock is inextricably linked with Speaker Paul Ryan (R-Wis.) and the GOP leadership. He says he plans to tap his deep networks in and outside of northern Virginia to mount a credible challenge for Comstock’s seat. And unlike most first-time candidates, he’s got ample experience in front of a camera. His old friends include the Farrelly brothers, who directed the movies Dumb and Dumber, There’s Something About Mary, and Me, Myself, and Irene. The Farrellys gave Pelletier parts in several of their movies—here he is in Kingpin, bottom right—which may earn him the title of most impressive IMDB page among the ever-growing roster of 2018 hopefuls.