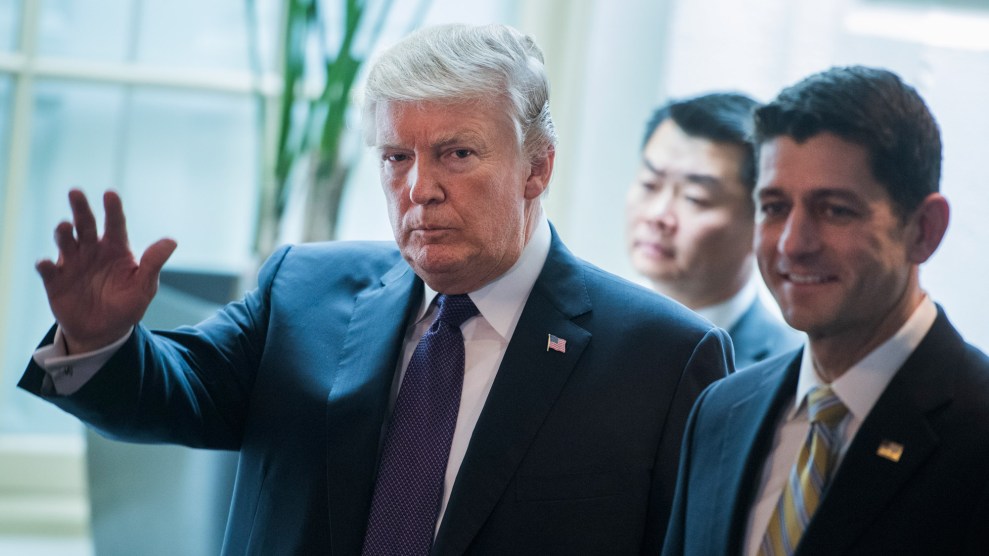 With Republicans in Congress on the verge of a vote on the biggest tax overhaul in decades, tax scholars are concerned that parts of the hastily-crafted bill could create opportunities for wealthy taxpayers to exploit loopholes and game the US tax system—and add on to the growing deficit.

Without proper safeguards and anti-abuse measures, these taxpayers can take advantage of several tax provisions riddled with problems, according to a 30-page analysis released Monday by 13 tax scholars. “Unless they pretty fundamentally change course on some of these key provisions, the bill is quite possibly going to cost more than it is now expected, and certainly more than the trillion dollars that’s already been estimated,” says David Kamin, a law professor at New York University who served as former President Barack Obama’s special assistant for economic policy. “My sense is that the estimates have not so far taken into account the ways in which the taxpayers are going to game the system.”

The people most likely to exploit any new loopholes are those who have access to savvy advice—namely, corporations and taxpayers with relatively high incomes, not poor Americans. The final Republican plan, which was released on Friday, offers a $1.5 trillion tax cut that will disproportionately benefit the wealthiest Americans, paid for by expanding the national debt. An analysis of the final bill by the Tax Policy Center on Monday found that the top 1 percent of taxpayers will reap 83 percent of tax benefits in 2027 and see a cut, on average, of $20,660. Meanwhile, the bottom 40 percent of households would see a tax increase on average in 2027.

“These tax games will reduce tax revenues and thereby increase the true cost.”

The 13 tax scholars criticized lawmakers in an earlier report for drafting the legislation in a “rushed and closed process, without adequate regard for the intricacies of the tax law and the risk of unintended consequences.” Kamin, one of the report’s co-authors, points to one of the glitches already seen in the overhaul process: the last-minute inclusion of the corporate “alternative minimum tax” (AMT) in the bill the Senate passed in early December, which sparked outcry from the business community. Why? The alternative minimum tax rate was set at 20 percent, the same as the new corporate tax rate included in the Senate measure. As Vox‘s Dylan Scott explained, the alternative minimum tax is typically lower than the corporate tax rate, and since both rates were the same, businesses could no longer reap the benefits of certain tax breaks. Lobbyists told the Wall Street Journal that the tax’s inclusion would have made claiming research and development tax credits more difficult for tech companies and prevented banks from getting credits for investing in underserved areas in the US. Lucky for the business community, lawmakers struck the AMT provision from the final plan.

The tax scholars found other issues with the Senate and House bills. For instance, since the tax plan reduces the corporate income tax rate to 21 percent, it could encourage individual taxpayers to shelter income in a corporation to avoid paying the higher rates on income taxes. That could happen under current law, but “the current cost of the relatively high corporate tax limits the benefit from these strategies,” the paper points out. Unlike individuals, corporations under the Republican tax bills can also make deductions for state and local income taxes, heightening the incentive to start a corporation.

Business owners could also gain relief through a lower tax rate on pass-through income. Changes in the legislation “will result in substantial tax planning and lower taxes for anyone able to characterize their livelihood as an eligible business rather than as a job,” the report states. In the final bill, for instance, a provision would let pass-through companies take advantage of a 20 percent deduction on income without the same safeguards that were in place in a Senate version of the bill, leaving an opening for companies with tangible property and few employees, providing a tax break to President Donald Trump, Sen. Bob Corker (R-Tenn.), and other real estate developers.

But this exemption isn’t limited to real estate companies. Take a New York law firm. Under the final bill, Kamin says, if a law firm lets their associates spin off into a separate limited liability corporation that provided services to the main firm, the associates’ company could then be considered a pass-through business. The associates’ firm could contract with their original firm, and as long as they restrict income to less than $157,500 for an individual and $315,000 for a married couple, the associates can take advantage of the pass-through deduction.

An athlete could possibly create a brand name company to get a lower pass-through rate on income, though tax experts say this loophole isn’t as clear cut. The report states that, according to the final bill, if the brand company’s asset is its owner’s “reputation,” rather than just its employees, then it is not eligible for the deduction. But if the athlete lets the pass-through company have the right to license their image, then the company’s asset changes to intellectual property, and they could therefore possibly access the lower rate. And that can pay off. Just look at Kansas men’s basketball head coach Bill Self, who, in 2012, didn’t owe state income taxes on most of his $2.8 million salary because he passed it through an LLC he created. That’s because the Kansas legislature under Gov. Sam Brownback eliminated taxes on all pass-through businesses as part of a sweeping tax cut package that ultimately wreaked havoc on the state’s budget.

“These tax games will reduce tax revenues and thereby increase the true cost of the legislation and make the legislation more regressive than it now appears,” they wrote. “Additional tax complexity will be necessary in order to police the new rules and to prevent these abuses, ensuring that this legislation will move us further away from the goals a simpler, more equitable, and more efficient tax system.”

Another “egregious” example, Kamin says, would allow companies to deduct taxes on exports and “in theory incentivize firms to develop intellectual property in the United States and then export goods on that basis.” That would encourage manufacturers to create, say, a phone, sell those phones to a distributor abroad, and have the distributor send them back to the company, so that company can take advantage of the export subsidy. The low tax rate on exports also offers a “perverse economic incentive” to companies to “sell unfinished products to foreign manufacturers rather than domestic manufacturers, since the former transaction would get the low rate and the latter would not.” In a letter sent to Treasury Secretary Steven Mnuchin, five finance ministers in Europe warned that provisions in the Republican tax plan could breach international trade deals and may run astray from World Trade Organization rules.

“It just shows the kinds of glitches that can work in a complex tax code when they’re not making it any simpler,” Kamin says, “and you’re making a whole host of changes, and you’re given hours to read the bills.”