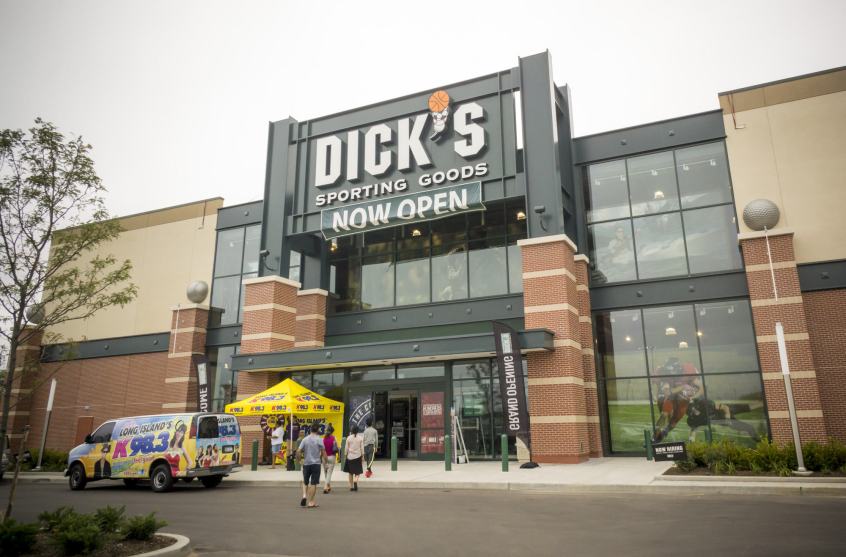 Dick’s Sporting Goods, one of the largest sports retailers in the country, announced Wednesday that it will stop selling assault-style rifles, and will no longer sell firearms to anyone under 21 years old. The changes, which are a direct response to the Parkland, Florida, school shooting earlier this month, will be effective immediately.

The retailer had stopped selling assault rifles in its main stores after the massacre at Sandy Hook Elementary in 2012, but continued to sell them at its Field & Stream locations—until today.

CEO Edward Stack credited the students and families demanding action in the wake of the shooting with inspiring the company’s move.

“Based on what’s happened and looking at those kids and those parents, it moved us all unimaginably,” Stack said in an interview with ABC’s “Good Morning America” on Wednesday. “To think about the loss and the grief that those kids and those parents had, we said we need to do something and we’re taking these guns out of all of are stores permanently.”

Stack said the decision would never be reversed, and called on lawmakers to move beyond partisan politics to help reduce gun violence.

The decision follows the revelation that the suspected shooter in the Parkland shooting, Nikolas Cruz, had bought a shotgun at a Dick’s store in November 2017, although he did not use that particular gun to carry out the massacre at Stoneman Douglas High School.

On ABC, Stack expressed alarm that even though Dick’s had done “everything by the book” in conducting the sale, nothing had prevented Cruz from being able to legally obtain a gun at a Dick’s location. “We did everything that the law required and still he was able to buy a gun,” he said. “When we looked at that, we said, ‘The systems that are in place across the board just aren’t effective enough to keep us from selling someone a gun like that.'”

Chairman and CEO of Dick's Sporting Goods tells @GStephanopoulos why the company has decided to no longer sell assault style rifles or firearms to anyone under 21 years of age, and no longer sell high capacity magazines. pic.twitter.com/xiuMfqIZLd

In a pair of tweets, Dick’s outlined key steps it was taking to reduce gun violence, along with action items for Congress to take on legislatively.

We deeply believe that this country's most precious gift is our children. They are our future. We must keep them safe. Beginning today, DICK'S Sporting Goods is committed to the following: https://t.co/J4OcB6XJnu pic.twitter.com/BaTJ9LaCYe

At the same time, we implore our elected officials to enact common sense gun reform and pass the following regulations: https://t.co/J4OcB6XJnu pic.twitter.com/VUuFKkyk6c