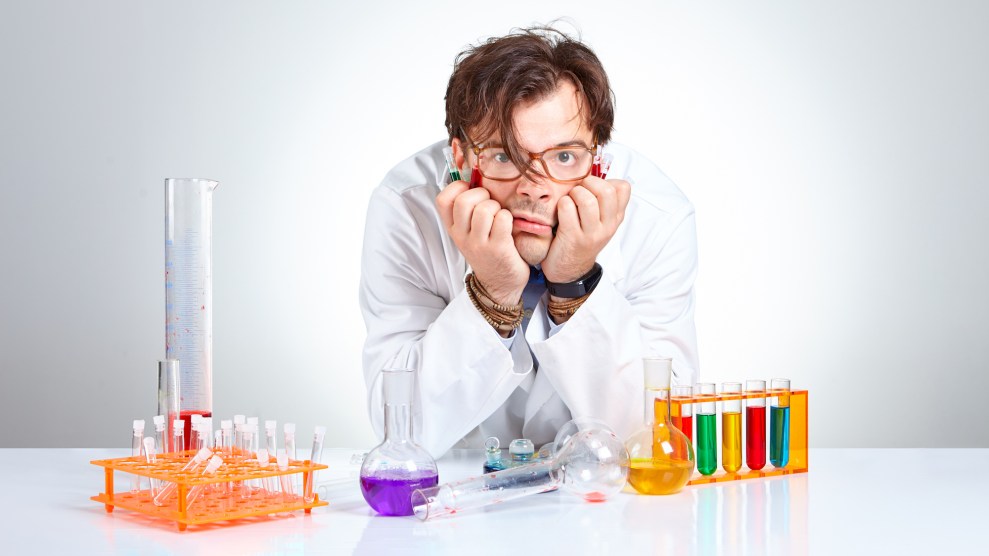 Under the new measures, the government agency, which is one of the nation’s top funders for scientific research, will require the roughly 2,000 universities and other institutions that receive its grant money to report cases in which they find NSF-funded scientists responsible for sexual misconduct. All NSF grants will come with the stipulation that the NSF has the right to take “unilateral action” to protect scientists who may have been harassed or assaulted, including canceling or suspending a grant, or requiring that an institution remove or replace a senior scientist accused of sexual misconduct or other types of harassment. The NSF must also be notified if a funded scientist is placed on leave while the institution at which they are employed investigates allegations of sexual misconduct or harassment. (Previously, according to the New Republic, the NSF often discovered harassment allegations through media reports—”a pretty poor way to find out about something,” Córdova noted.)

The threat of a loss of NSF funding is a big one—the agency has a budget of about $7.5 billion and accounts for around 24 percent of all government funding for research at American colleges and universities. In the past, the NSF has required institutions to report whether they comply with Title IX, but it has never banned a grant recipient for violating the federal law against sex discrimination in education. Going forward, the agency will require institutions to maintain “clear and unambiguous standards of behavior” for scientists, as well as mechanisms for researchers, including students, to report harassment.

The measures amount to a long-overdue crackdown on sexual harassment in the sciences. The problem is widespread: One 2015 survey of female scientists found that 35 percent of respondents had endured some form of sexual harassment over their careers, while another survey found the same was true for 71 percent of female scientists working in field programs. Over the past few years, a series of allegations against high-profile academics like astronomer Geoff Marcy, Ebola expert Michael Katze, and astrophysicist Christian Ott led to resignations and firings, along with calls for more government oversight for science funding. Back in 2016, Rep. Jackie Speier (D-Calif.) introduced legislation to require all universities to report substantiated findings of sexual assault and harassment to federal grant-making institutions. That measure failed, but the idea stuck; in January, the House Committee on Space, Science, and Technology sent a letter to the Government Accountability Office demanding an investigation into why sexual harassers continue to receive research funding from agencies like the NSF—which perhaps pushed the NSF to take action now.

“Sexual harassment has a significant negative impact on the ability of female students and early career researchers to engage in research at the same level as their male peers,” wrote Rep. Lamar Smith (R-Tex.) and Rep. Eddie Bernice Johnson (D-Tex.). “Often, this results in talented women struggling to compete and complete their academic careers, ultimately deciding to leave science altogether.”

Even still, in the wake of Thursday’s announcement, some female scientists have expressed skepticism about the NSF’s move. “I worry that an unintended consequence of this is to further disincentive institutions from taking sexual harassment claims seriously for fear of losing funding,” biologist Maryam Zaringhalam said in an interview with Gizmodo. And, of course, the decision to pull funding from certain scientists could have consequences for the careers of researchers and students under them.

On the whole, though, scientists praised the announcement as a a necessary first step. “It sends a message,” St. Edward’s University chemistry professor Raychelle Burks told Gizmodo. “Get your house in order.”