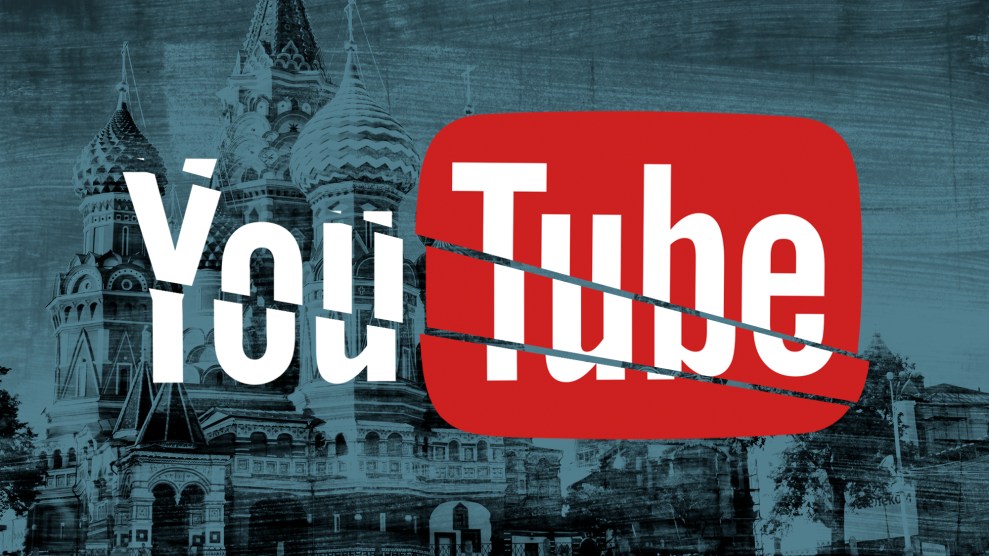 Last week, a 25-minute video published by Russian opposition activist Alexei Navalny alleging a new link between the Kremlin and the Trump campaign made headlines around the world. Now the Russian government wants it scrubbed from the internet—so much so that it is taking steps that could block millions of its own citizens from using YouTube or Instagram.

The video was released last Thursday and accused Russian Deputy Prime Minister Sergey Prikhodko—a top foreign policy official—of having been a conduit between the Kremlin and Oleg Deripaska, an oligarch linked to the Trump campaign. In making his case, Navalny mined the autobiography and Instagram feeds of Nastya Rybka, a Russian model and escort who claims to be Deripaska’s mistress. Drawing on video and audio Rybka posted that captured her, Deripaska, and Prikhodko relaxing on a yacht while the two men discuss US-Russia relations, Navalny’s video alleges that Deripaska hosted Prikhodko for a secret meeting at sea in the company of several female escorts. Deripaska immediately denied the claim and threatened to sue media outlets reporting on it, assailing the video as a “planned campaign aiming to damage my reputation.”

The day after the video’s publication, Deripaska won a court injunction requiring it—along with six other videos and 14 Instagram posts—to be taken down. The court, in Deripaska’s native Krasnodar region, found that the posts violated his right to privacy and ordered that they must come down.

As a result, Roskomnadzor—Russia’s communications regulator—added the YouTube videos and Instagram posts to its list of prohibited websites, giving internet providers until Wednesday to blacklist the URLs. But, as Russian news startup the Bell explains, many Russian internet providers don’t have the technical ability to selectively block particular URLs. To comply with the Roskomnadzor order, they’ll instead have to block access to YouTube and Instagram entirely—unless the owners of the offending posts opt to delete them independently.

A number of media outlets in Russia have already received notices from Roskomnadzor requiring them to remove references to the offending posts. Rybka has not yet taken down the posts she made that are targeted by the court’s order. Instead, she posted a video polling her more than 80,000 followers: Should she remove the videos, or leave them up and risk the country’s YouTube and Instagram access?

Navalny, for his part, also doesn’t show any plans to remove the content himself. “There’s one way to respond—spreading [the video]” he wrote on his website.

Update (2/13/18): Oksana Baulina, a Navalny aide responsible for his YouTube channel, has released an email she says she received from YouTube, which appears to encourage Navalny to delete the video. If he opts not to remove it, “Google may be forced to block the content,” the email notes. Google, which owns YouTube, has not responded to multiple requests for comment.