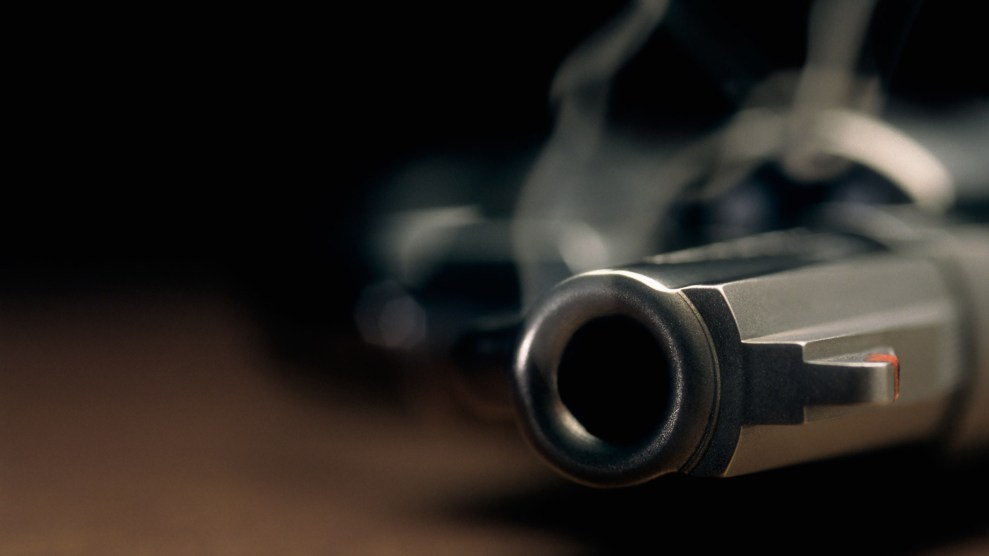 On Tuesday, as teenagers swarmed the Florida legislature to advocate for gun control, Sen. Martin Heinrich (D-New Mexico) renewed a familiar call for Congress to repeal an amendment that blocks the Centers for Disease Control and Prevention from funding research into the public health effects of gun violence.

I am calling for the repeal of the Dickey Amendment, which restricts the Center for Disease Control and Prevention (CDC) from researching gun violence and its effects on public health.

Heinrich’s plea comes less than a week after a shooting at Marjory Stoneman Douglas High School in Parkland, Fla., left 17 people dead and injured 14 others, motivating teenagers across the country to protest lax gun laws. In a statement, Heinrich called the repeal of the restriction, known as the Dickey Amendment, a “no-brainer.” He added that in the midst of Congress’ inaction, the amendment’s removal would let lawmakers use “scientific information as our guiding light to combat the gun violence epidemic that is threatening our country.”

Last week, Department of Health and Human Services Secretary Alex Azar said during a House subcommittee hearing that the provision does not impede the CDC’s ability to research, it only prevents it from doing advocacy work, adding: “We believe we’ve got a very important mission with our work with serious mental illness as well as our ability to do research on the causes of violence and the causes behind tragedies” like the recent shooting in Florida.

It isn’t the first time that Democrats and thousands of medical professionals have called for eliminating the provision, written by former Congressman Jay Dickey (R-Ark.) and enacted in 1996 as part of an appropriations bill in the aftermath of a mass shooting. After the mass shooting in San Bernardino in 2015, nine medical associations urged Congress to overturn the amendment. Weeks after a mass shooting at the Pulse nightclub in Orlando, Fla., left 49 people dead, Republican lawmakers impeded efforts to eliminate the Dickey Amendment once again during a mark-up in the House.

Dickey eventually changed his position on the matter and called for Congress to overturn the amendment. “Doing nothing is no longer an acceptable solution,” he wrote in a 2015 letter to Rep. Mike Thompson (D-Calif.)

As Mother Jones has reported, pressure from the National Rifle Association and other gun-rights advocates led to the suppression of funding for research into the toll of gun violence. An editorial published in the Annals of Internal Medicine noted that “political forces had effectively banned the Centers for Disease Control and Prevention and other scientific agencies from funding research on gun-related injury and death.”

An executive order in 2013 from President Obama sought to free up the CDC via a new budget, but the purse strings remain in the grip of Congress, many of whose members have seen their campaigns backed by six- and even seven-figure sums from the NRA. “Compounding the lack of research funding,” the doctors added, “is the fear among some researchers that studying guns will make them political targets and threaten their future funding even for unrelated topics.”

David Hemenway, director of the Harvard Injury Control Research Center, describes the chill this way: “There are so many big issues in the world, and the question is: Do you want to do gun research? Because you’re going to get attacked. No one is attacking us when we do heart disease.”

Meanwhile, a week after Sen. Dianne Feinstein (D-California) announced she would introduce a bill that would raise the minimum age for assault rifle purchases, Sen. Jeff Flake (R-Arizona) pledged to work with Sen. Feinstein on the bill. He tweeted that “a kid too young [to] buy a handgun should be too young to buy an #AR15.” A similar proposal is under consideration in the Florida legislature.