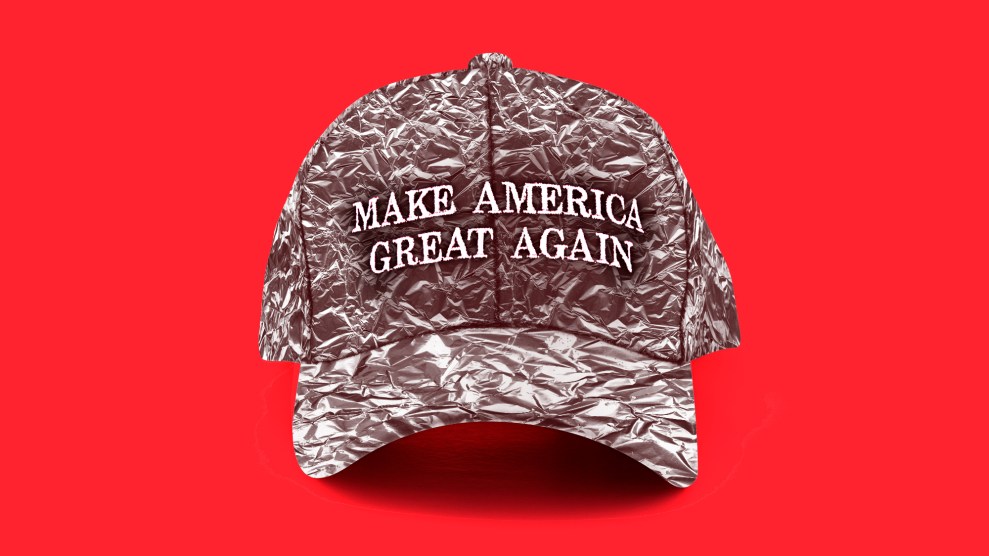 Trump supporters are among the most prolific social media users spreading fake news and conspiracy content, according to new research from Oxford University’s Computational Propaganda Research Project, which has been studying disinformation campaigns globally since 2014.

The group’s new findings are based on study of more than 13,000 Twitter accounts representing politically diverse viewpoints, including just under 2,000 pro-Trump accounts—which were identified by terms like #MAGA included on their Twitter profiles and explicitly pro-Trump content they have shared. The Oxford researchers found that those pro-Trump accounts, though comprising less than a sixth of the total accounts, were responsible for 55 percent of the “junk news” tweeted out from all 13,000 accounts, studied during the period of October 20, 2017 to January 18, 2018. The researchers also studied content from more than 47,000 public Facebook pages during the same 90-day period; they determined that about 60 percent of the total “junk news” links were posted by users that appeared to be aligned with the political far right. (The research doesn’t address whether any of these Twitter and Facebook accounts may be controlled by bots or other deceptive online operators.)

“We find that the political landscape is strikingly divided across ideological lines when it comes to who is sharing junk news,” says Lisa-Maria Neudert, one of the lead researchers for the Oxford group. She says there may be “a silver lining” with the inordinate role of the far right in peddling fake news: It could suggest that most other groups are less susceptible to extremist or conspiratorial content.

The researchers defined “junk news” as sources that “deliberately publish misleading, deceptive, or incorrect information purporting to be real news about politics, economics or culture.” They compiled a “watch list” of about 100 sites that were observed spreading propaganda and conspiracy content before the 2016 election. The list of junk news sources spans the political spectrum and includes well-known far-right outlets like Breitbart News and InfoWars.

Other key findings from the Oxford team’s latest research:

Neudert says this analysis of recent social media data did not specifically look for known Russian sources of news and propaganda, such as RT and Sputnik, but that researchers plan to study the data further. In previous research, Oxford researchers found that junk news from hyperpartisan sources, including from Russia and WikiLeaks, inundated Twitter during the run-up to the 2016 election—particularly in key battleground states.

Twitter recently updated its number of known Russian accounts that interfered in the election to 3,814 trolls – plus 50,000-plus automated bot accounts—and now says the number of users who interacted with these accounts is up to 1.4 million. Even though those accounts have been removed, research from the nonpartisan Alliance for Securing Democracy shows that a Russian disinformation campaign continues to plague the platform. With its Hamilton 68 dashboard, the Alliance tracks 600 Kremlin-linked Russian Twitter accounts that have joined in far-right efforts such as Sean Hannity’s recent campaign pushing #releasethememo, and have piled onto attacks against the credibility of the FBI and Republicans who stand up to Trump.