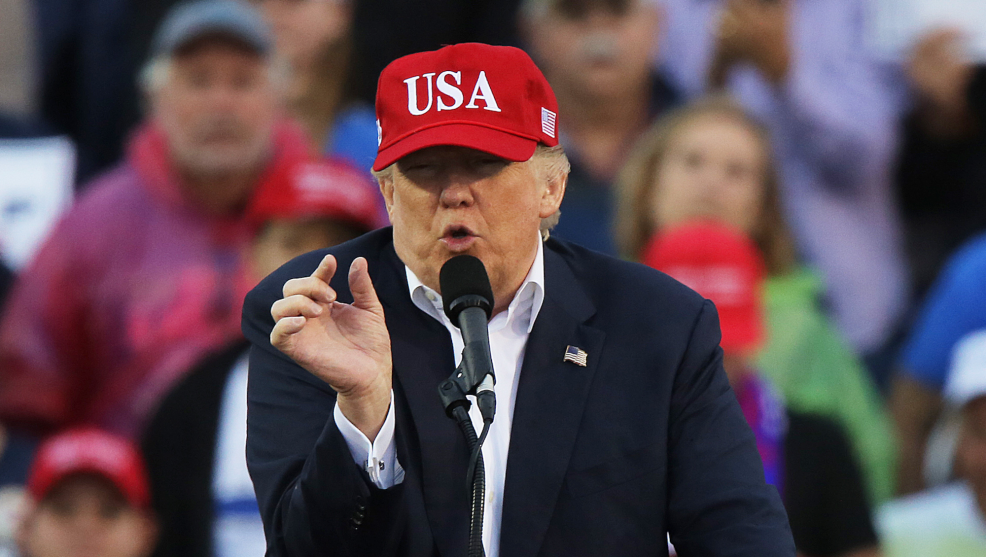 Fox & Friends, the most important show in the world, began Sunday morning with the latest developments in politics, its coverage designed not to appeal to however many million non-presidents were watching but rather for an audience of one: President Donald J. Trump, both the show’s most loyal viewer and the leader of the free world.

“The President is good,” one Fox & Friends host presumably said. (I don’t have Fox News.)

“Actually, the president is great,” another I imagine countered.

“Women want him, men want to be him,” a third probably added.

It had been almost two weeks since Trump had taken to Twitter to give his adoring fans at Fox News’s morning show the positive affirmation they desperately craved. Tensions were high, faces glum.

Eventually these stewards of the fourth estate turned their flattery of the president into attacks on his enemies.

This move paid off when, at 8:02 AM, dad said he wanted to play a game of catch.

“Buckle up,” White House watchers thought, as the tweet alleging that former FBI Director James Comey had committed perjury made its way up and down the Eastern Seaboard.

Spent very little time with Andrew McCabe, but he never took notes when he was with me. I don’t believe he made memos except to help his own agenda, probably at a later date. Same with lying James Comey. Can we call them Fake Memos?

Andrew McCabe, the former number 2 at the FBI whose firing late Friday night spurred intense criticism from people who Fox doesn’t even want to be friends with, has reportedly turned over memos detailing his meetings with the president to Special Counsel Robert Mueller. No one has alleged that these memos were written while he was sitting in front of the president. Like Comey before him, McCabe is reported to have recorded details of the meetings soon after. They are wrap-ups; not live tweets, a distinction lost on the president who would soon continue to live tweet his watching of the morning cable news show—but not before bestowing on James Comey a new nickname: “lying James Comey.”

Why does the Mueller team have 13 hardened Democrats, some big Crooked Hillary supporters, and Zero Republicans? Another Dem recently added…does anyone think this is fair? And yet, there is NO COLLUSION!

With his third tweet of the morning the president abandoned his needy children at Fox & Friends and shifted into a more philosophical space, questioning the nature of leadership as an idea. “Mueller team” has “zero Republicans.” Of course, there’s at least one: noted Republican Robert Mueller. But is the leader of a team actually a member of said team? A lot of players on the Los Angeles Lakers felt like they weren’t playing on the same team as Kobe Bryant. Makes you think, hmmmm?

Stepping back from this semantic abyss, the president told his nigh 50 million Twitter followers what really mattered: “NO COLLUSION!”

And with that Robert Mueller resigned and put out a statement saying “the President is good” and NBC started running The Apprentice again and it won so so many Emmys and everyone in the White House was happy. “Trump,” they cheered. “Trump!”

It was now almost 9:00 AM and the President had drifted back to sleep. Soon he would be awake again, forced from slumber, confronted by consequences beyond his control created by decisions that were anything but. But not now. Not in the dream. In the dream, the “witch hunt” was over.

Aides have decided to whisk Trump to a golf course today.