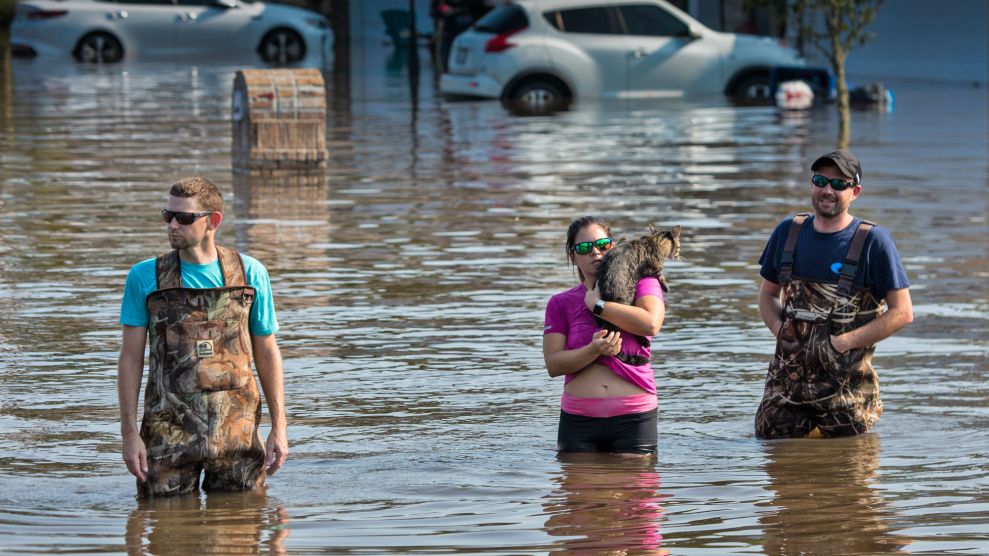 The 2018-2022 Strategic Plan, released Thursday, doesn’t even mention the words “climate change,” or “sea-level rise.” It doesn’t even use the word “climate.” Instead, it vaguely refers to “rising natural hazard risk,” “emerging challenges of 21st century disasters,” and hazards that are becoming “increasingly complex and difficult to predict.” It also covers the risk of living near the coast and a steady increase of natural disasters, as well as the importance of “pre-disaster mitigation,” but it still dances around the real issue:

The National Oceanic and Atmospheric Administration (NOAA) reports that from 1970 – 2010, shoreline counties increased in population by 40 percent, putting 39 percent of the American population in coastal areas. NOAA projects that an additional eight percent of Americans will live in coastal areas by 2020. Simultaneously, the average number of major disaster declarations has also steadily increased, rising from an average of 25 per year in the 1980s to nearly 90 per year since 2010.

Although the Nation must do more to assess and quantify these increasing risks, we do know that pre-disaster mitigation works. In 2018, an independent study by the National Institute of Building Sciences, co-funded by FEMA, found that for every $1 that the Federal Government invests in mitigation saves taxpayers an average of $6 in future spending. This return on investment justifies new opportunities for FEMA and our partners to reduce future disaster costs and accelerate recovery by investing now, before a disaster occurs. … Even as we strive to bring a greater share of Federal dollars to bear on pre-disaster risks, we will also educate and incentivize our partners to increase their investments in pre-disaster mitigation.

By contrast, the 2014-2018 Strategic Plan from President Barack Obama’s FEMA took a much more direct approach to talking about climate change:

Scientific evidence indicates that the climate is changing and significant economic, social, and environmental consequences can be expected as a result. A changing climate is already resulting in quantifiable changes to the risks communities face, showing that future risks are not the same as those faced in the past…The emergency management community will need to adapt appropriately to these changing risks as they strengthen their risk management programs.

Trump FEMA Administrator Brock Long has avoided questions on climate change in the past, telling Bloomberg in August, “The term climate change has become such a political hot button that I think it keeps us from having a real dialogue.” A month later, he told CNN, “Regardless of what causes disasters, it’s our job within the Department of Homeland Security and FEMA to manage the consequences.”

FEMA did not respond to a request for comment from Mother Jones.

Update 8:10 PM: FEMA’s director of Public Affairs, William Booher, responded to Mother Jones: “It is evident that this strategic plan fully incorporates future risks from all hazards regardless of cause. Building upon the foundation established by FEMA’s previous two Strategic Plans, this plan commits the agency, and the nation, to taking proactive steps to increasing pre-disaster investments in preparedness and mitigation.”