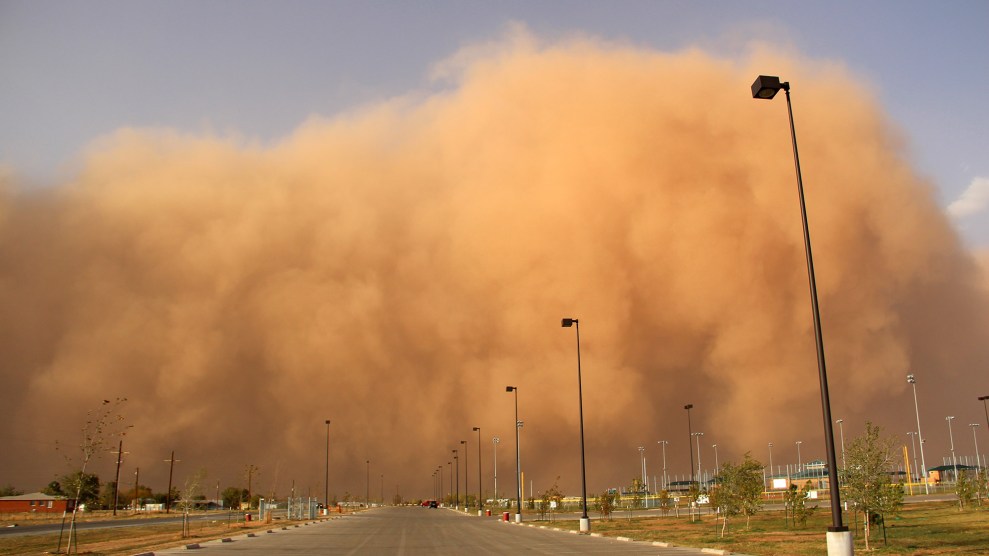 The Democratic Congressional Campaign Committee waded into the seven-way primary for Texas’ seventh congressional district last month with a specific goal in mind: delivering a knockout blow to Laura Moser, a freelance writer and Resistance activist with a large national following, who it feared would crater the party’s chances in the closely watched swing district.

But the DCCC’s attacks on Moser 10 days before the primary—a broadside so clumsy and transparent it drew criticism from DNC chair Tom Perez and members of Congress—didn’t work as intended. Moser raised $87,000 in the days after the DCCC nuclear barrage and basked in the free publicity during the homestretch of the campaign. And on Tuesday, she secured a spot in the May 22nd runoff against Lizzie Fletcher, a Houston lawyer backed by EMILY’s List who led the field in the first round of voting.

Now Democrats in the seventh district, a longtime Republican stronghold that swung harder to Hillary Clinton than any other district in the country in 2016, will be faced with an unusual choice: a progressive candidate denounced by the official campaign organ of the House Democratic caucus, or a more moderate candidate rejected by the AFL-CIO.

The DCCC’s attacks on Moser steered clear of policy, instead focusing on the candidate’s residency (she only recently moved back to her hometown from DC) and something she once wrote about not wanting to live in rural East Texas (which is not part of the district). But with another two-and-a-half months to go, the differences between the two candidates will likely sharpen.

Moser has taken pains to frame her candidacy as a rejection of traditional Democratic party politics—she believed Democrats played it too safe during President Barack Obama’s administration, and she even fired a preemptive shot at the DCCC months before they attacked her, slamming it in essay in Vogue for sometimes supporting pro-life Democrats. Moser subscribes to the theory, popular on the party’s left flank, that progressive candidates in 2018 ought to go big or go home.

Fletcher, who has more experience with Texas politics as a longtime booster of Planned Parenthood, offers a more moderate approach befitting a swing district that’s home to the Texas legislature’s last pro-choice Republican. (In an interview last August, Fletcher emphasized the district’s “moderate…centrist hue.”) But she’s not exactly a Blue Dog either; after the Parkland shooting Fletcher proposed a ban on all “military-style assault weapons,” along with high-capacity magazines.

Tuesday’s first-in-the-nation primaries offered little resolution in Houston or elsewhere. Democrats are targeting three swing seats in Texas and are mulling their options in three or four more, but with as many as seven candidates running in the first round of voting in some districts, most of the competitive Democratic congressional primaries won’t be decided until the runoff election.

But two other primaries in safely Democratic districts were notable—Veronica Escobar, a county judge, and Sylvia Garcia, a state senator, easily cleared 50 percent in their quests to replace retiring Democratic congressmen in El Paso and Houston. That means that barring something wholly unforeseen, Texans will have their first two Latina members of Congress next year. No non-incumbent Democratic woman has won a House race in Texas since 1994.