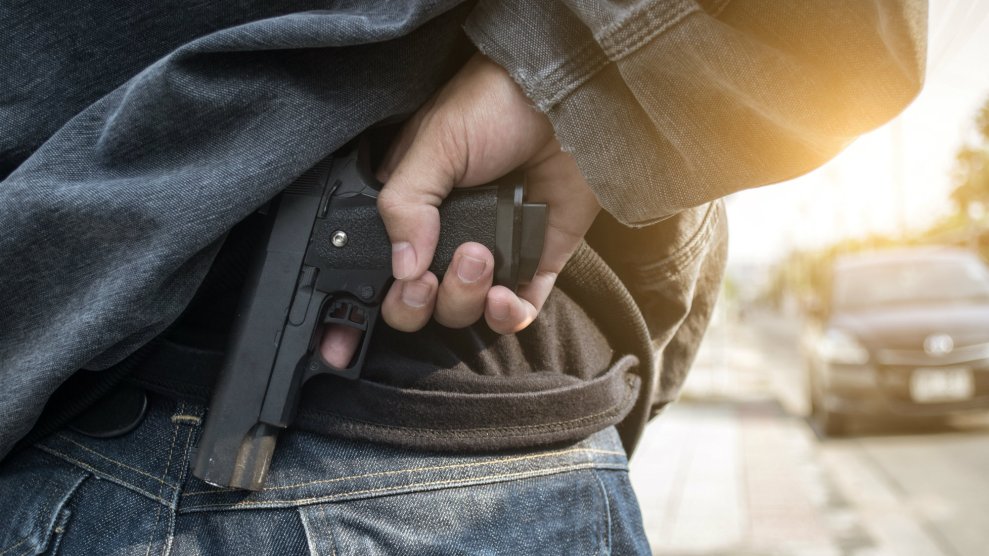 Since the shooting that left 17 people dead at Marjory Stoneman Douglas High School in Parkland, Florida, last month, several states have been scrambling to enact legislation that might prevent gun violence—at least on a mass scale. But the lack of research on the federal level has left lawmakers with little guidance as to which laws actually work.

The reason for such a paucity of federal research goes back to 1996 when Rep. Jay Dickey (R-Ark.) sponsored the Dickey amendment, a National Rifle Association-backed rider that prohibits most Centers for Disease Control and Prevention research on gun violence by framing it as “advocating” for gun control measures. Since then, there has been virtually no federally supported gun research, which means that public health professionals and researchers aren’t able to put forward effective gun violence prevention strategies.

The desire for stricter gun laws has gained momentum since the Parkland shooting. Immediately after it, a Quinnipiac University poll showed that 66 percent of Americans support stricter gun laws At the same time, 60 percent of Republicans oppose them. The National Rifle Association, which spends millions of dollars lobbying Congress, dominates the debate and considers any restriction a threat to the right to own a gun.

On a recent episode of our Inquiring Minds podcast, host Kishore Hari interviewed John Donohue, a professor of law and economics at Stanford University. Donohue has spent decades researching gun violence and the interplay between gun violence and laws. “The NRA has made it a consistent objective to try to suppress data on gun-related crime,” Donohue explained. He was involved in a recent RAND corporation study that found that the lack of research on gun violence has left us in the dark about the effects of different gun laws on human behavior.

Recently he has concentrated on looking at how concealed-carry laws have affected gun violence in our country, and his research has shed light on the way that single measures often have broader consequences. “We do know that after states adopt right to carry laws, they tend to have higher increases in the number of police [officers] and incarceration,” Donohue said. “That’s consistent with the fact that they’re experiencing larger increases of violent crime.”

But Donohue also encountered other barriers to his research. In 2015, after a deadly shootout between several motorcycle gangs and law enforcement left 9 people dead and 18 injured in Waco, Texas, nearly 200 people were arrested in connection with the crime.

Afterward, Donohue tried to find about if those who were arrested had concealed-carry permits. “I contacted the local prosecutors and police to try to figure out how many of those [arrested] had right-to-carry permits,” he said. But he soon found that Texas law prohibited access to gun-ownership information about anyone who had been arrested. Texas releases a statistical report on gun license holders including age, gender, and zip code but considers identifying information of individuals with concealed carry permits as confidential.

Texas isn’t an anomaly. Several states allow the public to access information about gun permits with caveats, while many keep that information in the dark. Nevada is the only state that truly allows concealed gun permits to be public.

Although the latest mass shooting has energized gun control advocates and prompted some legislative action, Donohue doesn’t believe groups like the NRA are going to soften their position any time soon. “It’s hard to see how Congress will move in a benign direction,” he said. “I think we’re in for a very long fight.”